Gigantic Storm on Neptune Reverses Directions in a Scientific First

Move over Jupiter’s “Great Red Spot”, there’s another massive storm that’s making headlines. For the first time ever, astronomers have witnessed a storm completely reversing directions and it didn’t happen here on Earth. A gigantic storm that’s wider than Earth’s Atlantic Ocean is present on Neptune and its never-before-seen movements are completely baffling scientists.

Neptune’s dark storm, which measures about 4,600 miles across, has completely turned back around towards the north after traveling down to the equator. The storm was first observed by the Hubble Space Telescope back in 2018 in the Northern Hemisphere of Neptune and about a year later, it was seen moving towards the equator where it would more than likely die off based on computer simulations. The storms are high-pressure systems that are very stable as they travel towards the equator because the Coriolis forces make them rotate in a clockwise pattern. But as they get closer to the equator, they get weaker which causes them to disintegrate. 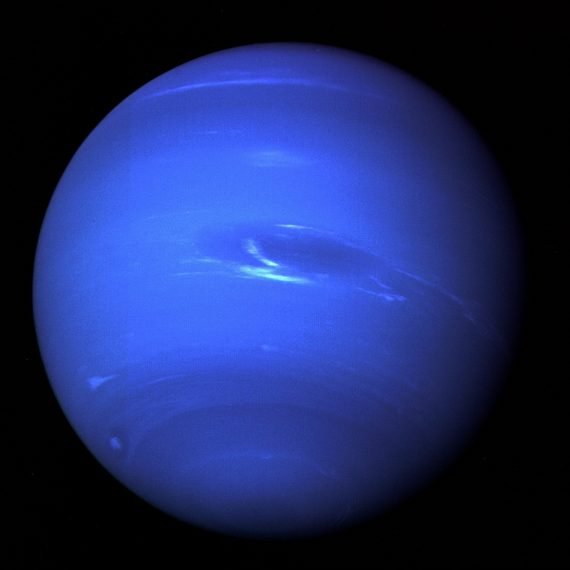 However, that didn’t happen. Based on observations taken in August of this year, the storm is moving back towards the Northern Hemisphere where it originated from. Some experts think that this strange movement was caused because a smaller storm broke apart from it. In fact, a smaller dark spot (but still very large at 3,900 miles across) was seen by the Hubble Space Telescope in January of this year that may have broken off of the larger storm, but that smaller one quickly died off as the images taken in August didn’t show it.

Author Michael H. Wong described what he thought of this mystery, “It was really exciting to see this one act like it's supposed to act and then all of a sudden it just stops and swings back.” The fact that the larger storm survived the “equatorial kill zone” of the equator remains unknown but Wong suggested that by having the smaller storm break off of the bigger one, it may have stopped it from moving into that danger zone where it would have been destroyed. Their research was presented at the 2020 Fall Meeting of the American Geophysical Union. 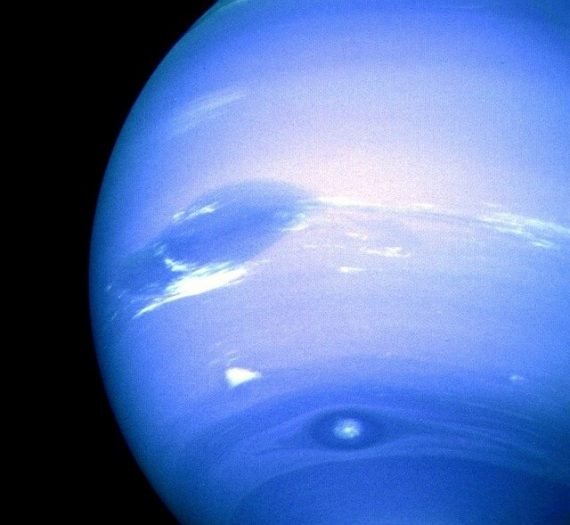 This wasn’t the first storm discovered on Neptune as Hubble located three more in the past several years and Voyager 2 noticed two storms when it flew by the planet in 1989. More studies need to be conducted in order to better understand these giant storms, such as how they formed on the planet. Amy Simon from NASA's Goddard Space Flight Center stated, “We wouldn't know anything about these latest dark spots if it wasn't for Hubble.” “We can now follow the large storm for years and watch its complete life cycle. If we didn't have Hubble, then we might think the Great Dark Spot seen by Voyager in 1989 is still there on Neptune, just like Jupiter's Great Red Spot.”

Search for the Holy Grail Leads to a River in London