In 1979, Tom Wolfe wrote “The Right Stuff” about the pilots who flew the early experimental rocket-powered, high-speed aircraft and about NASA’s first Project Mercury astronauts who were launched into space on rockets and returned in capsules they had little or no control over. That difference exemplified the two directions space travel seemed to be heading, but rockets won over rocket planes due to the sheer power and amount of fuel needed. While both groups had ‘The Right Stuff’, no one exemplified it more than retired General Chuck Yeager, the rocket plane pilot and first human to fly faster than the speed of sound, who passed away this week at the age of 97.

“After all the anticipation to achieve this moment, it really was a letdown. There should’ve been a bump in the road, something to let you know that you had just punched a nice, clean hole through the sonic barrier.”

“Later on, I realized that this mission had to end in a letdown because the real barrier wasn’t in the sky but in our knowledge and experience of supersonic flight.”

Charles Elwood Yeager was born on Feb. 13, 1923, in Myra, West Virginia. According to The New York Times, he enlisted in the Army Air Forces in 1941 as an airplane mechanic, displayed his ‘right stuff’ early by joining a flight program to become a pilot because, as he revealed later in life, girls liked pilots. Flying P-51 Mustangs, he shot down five enemy planes in one day and 13 in his career. After the war, Yeager was assigned to Muroc Army Air Base in California (which later became Edwards Air Force Base) and joined other top pilots testing rocket plane prototypes. Yeager was chosen to fly the Bell X-1, which was carried into space in the bomb bay of a B-29, and broke the sound barrier on October 14, 1947. Due to the growing Cold War, the feat was kept secret until the Air Force finally confirmed it in June 1948. Yeager kept testing the limits and eventually flew at Mach 2.5. 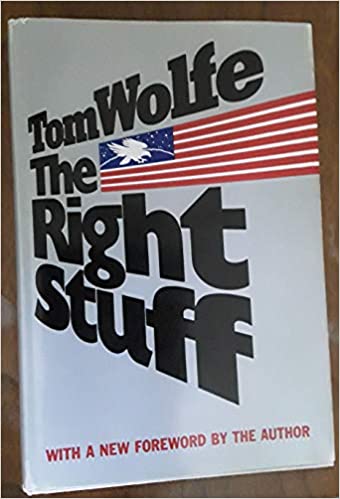 As the book and movie show, the high life side of the Right Stuff took place off base at the Pancho Barnes bar (Happy Bottom Riding Club). It was there Yeager drank with Air Force pilots Gordon Cooper, Gus Grissom, Deke Slayton and others who volunteered for NASA’s Mercury program, which Yeager looked at like a ride in a can rather than real piloting. While they and others went on to greater fame as astronauts, Yeager stuck with the rocket plane program, which lost the competition due to technical and political reasons. Staying with being a test pilot, he flew a Russian MiG that was taken from a North Korean defector. Showing there were no hard feelings, he also trained potential astronauts at Edwards.

During the Vietnam War, Chuck Yeager went back into battle, flying 127 missions in Martin B-57 light bombers delivering both bombs and supplies. Yeager retired from the Air Force at the rank of brigadier general in 1975 with decorations including the Distinguished Service Medal, the Silver Star, the Legion of Merit, the Distinguished Flying Cross and the Bronze Star. Not one to sit still during retirement, he broke the sound barrier on both the 50th and 55th anniversaries of the first one, and was a passenger in a jet on the 65th anniversary.

Not only did Chuck Yeager exemplify “the Right Stuff,” he also appeared in the movie as a bartender at Pancho Barnes. In his memoir, Yeager attributes his long life as a test pilot to learning “everything I could about my airplane and my emergency equipment,” but admitted that even so, “I was always afraid of dying. Always.”