Most people who know the name Jan Broberg will probably know her as an accomplished American actress, singer and dancer, who has appeared in over a dozen feature films and numerous TV shows, and she is also a veteran stage actress appearing in countless productions. She has by all appearances had a very successful life, but often such success stories have an undercurrent of tragedy behind the scenes, and Broberg is one of these. Although she is famous for her stage, television, and movie work, she is also known for a darker time of her life, and here we will look at her bizarre and shocking tale of abduction, confinement, blackmail, and other horrors all set to the backdrop of outlandish alien conspiracies spun by a madman.

It began in October of 1974 with a strange and frightening experience. Jan, who was 12 at the time, woke up in a dazed state in an unfamiliar room with no idea where she was. Disoriented and afraid, she was then subjected to a voice coming from a box nearby, which sounded alien sounding and frightening. The strange voice told her that the world was now being controlled by alien forces and that she had been abducted by a UFO. The aliens then told her that they had an important mission for her, that she was the “female companion” and that she was to meet with the “male companion” and procreate with him to have a child. It was explained to her that this child would help save the aliens’ dying planet and the earth itself, and that if she were to refuse then they would come after her family. The bewildered girl believed it all, saying in an article for Vanity Fair, “I thought I'd been taken by a UFO. I was more terrified of that voice and those messages coming from that voice, than probably anything else that happened to me.” 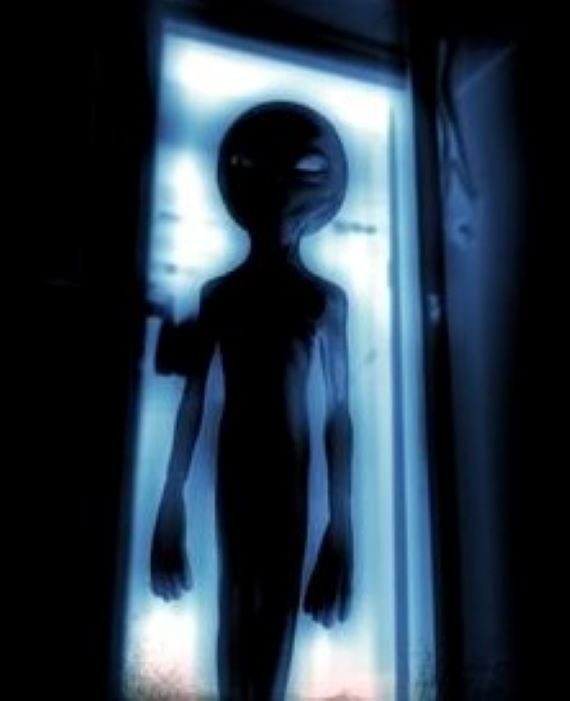 The man she was meant to procreate with happened to be there at the time, and in fact Jan was in his motorhome far from home. She was surprised to see that he was actually a close friend of the family, a man by the name of Robert Berchtold, who was a well-respected and religious man within the community and beyond reproach. He was so close with the Broberg family, in fact, that Jan saw him as almost a second father, but she was now part of his dark plan to brainwash and abuse her. Berchtold had taken her out for a horseback ride near her home in Idaho, after which he had drugged Jan, put her in his motorhome, and driven her thousands of miles away to a remote area of a Mexican desert. Indeed, it was his motorhome that she had awoken within, and the alien conspiracy was his convoluted plan to brainwash her into doing what he wanted. Yet as fantastical as it all seemed, Jan actually believed it all, and truly thought she was being controlled by alien forces and that she had to do what they said at all costs, but it had all been a carefully planned out, if bizarre ploy by Berchtold that he had been brewing and seeding for some time. Jan would later explain:

I thought I had the alien mission to accomplish! I laugh about it now, but as a 12-year-old who had been to a number of science-fiction movies with the Berchtolds… And there were a lot of articles in the newspapers that had UFO sightings on the front page. It was the ’70s! People ask me, how long did it take you to believe you’d been kidnapped by aliens? I’m like, five seconds. Because for two and a half years Berchtold would bring over the newspaper and say, ‘Look, there’s another UFO sighting.’ I literally did anything the aliens told me to do, because they told me my little sister would be taken if I didn't fulfil the mission of having the child for their dying planet.

In the meantime, there were suspicious things afoot back at the Broberg home, as when they realized that their daughter had been abducted, Berchtold’s wife was insistent that they not call the authorities, which caused a delay in action being taken. They did not contact the FBI for several days, and refused to believe the idea that Berchtold, who was also missing and had been the last one with her, had taken her, as he was such a trusted and close family friend. It would not be until five weeks later that the FBI managed to find Jan and her captor, but this doesn’t seem to have brought any justice. Not only did Berchtold’s lawyers manage to help him worm out of a charge of kidnapping, but there was also the matter that Berchtold had in fact had an affair with Jan’s mother, Mary Anne, and unbelievably had also had inappropriate relations with the father. Considering their religious standing in the community, Berchtold was able to blackmail them into dropping serious charges against him and conning them into signing affadavits that said he had been given permission to take Jan out of town. There was also the fact that Jan was still so convinced that this was all being orchestrated by nefarious alien forces that she was terrified of telling anyone that in fact she had been sexually abused and raped during her long absence. All of this ensured that Berchtold served only a few days in jail for what had happened, and he walked away a free man, but it doesn’t end there.

When she was 14 years old, Jan was abducted yet again by Berchtold, and she was still convinced of the alien conspiracy and he still had that ammunition against the parents to prevent him from being seriously charged. Once again he managed to squirm his way out of it, and he continued to abuse her and keep up the inappropriate relationship for years right under everyone’s noses through manipulation and grooming both Jan and her parents. It would not be until years later that she would finally tell her mother what had really happened to her, and that she had been groomed and abused by Berchtold. Jan and her mother would write a memoir of the experience titled Stolen Innocence: The Jan Broberg Story, which would pave the way for the truth coming out.

In later years, Jan finally had the courage to come out with her story, and that was when other victims also came forward to claim that Berchtold had abused them as well, under the same extravagant ruse of aliens and UFO abductions. This all caught up with Berchtold in 2005, decades after Jan’s kidnapping, and he was accused of the rape of Jan and molesting others, but he was once again able to escape being sentenced, this time by killing himself. In the aftermath of all of this, Jan has gone on into her successful entertainment career, and the whole bizarre story has been made into a well-received documentary called Abducted in Plain Sight, directed by Skye Borgman. It is all quite the tragic and bizarre story, to be sure, and just about the only thing good to come out of it is that Jan finally made a name for herself and found her calling. But it is still tragic, and there will forever be that dark pulse in the background that haunts her, and those strange days of abuse, manipulation, and living under the rule of perceived aliens.

When Potentially Dangerous Space Technology Comes Down in the U.K.