If you’re keeping score at home of the number of mysterious monoliths to appear around the world in the past month (and if you’re not, what are you doing to pass the time during the pandemic shutdown – the rest of us want to know!), the total has reached 66 and counting. That tally includes multiple monolith appearances in California (the U.S. leader with 9), the U.K. (6), the Netherlands (4), France (4) and Belgium (2). (Photos of the better-known ones here.)  If you go by continents, none have been reported so far in Asia, Africa and Antarctica. While some are still standing, many have disappeared almost as fast as they were found. Most have obvious signs that they’re manmade, with at least two sources offering to sell them. However, none (so far) can top the strangeness meter like the latest monolith discovered in Australia – the first on that continent and the only one with cryptic engraving. Can we finally say “It’s aliens!”?

You can Google those coordinates, but we’ll reveal the locations in a minute. They’re engraved on a monolith (the standard 10-foot, three-sided, silver kind) found on December 10 next to the Seaford railway train bridge just south of the Noarlunga Centre in Adelaide, South Australia. (Photo here.) It was reported to 7 News and other media sites which dutifully posted the report immediately, because the monoliths are much more fun than anything else going on in 2020. The name Noarlunga is an English misspelling and mispronunciation of the native Kaurna word Nurlongga ('at the curvature'), a reference to the horseshoe bend near the mouth of the Onkaparinga River it sits on.

Sorry about that, and you’re right … they are mysterious. Starting from the bottom, they are the coordinates of the Sphinx in Giza, Egypt; the Mariana Trench in the Pacific (the deepest oceanic trench on Earth); Managaha Island in the North Mariana Islands (a historic site of the major World War II Battle of Saipan; and Trump Tower in New York City. 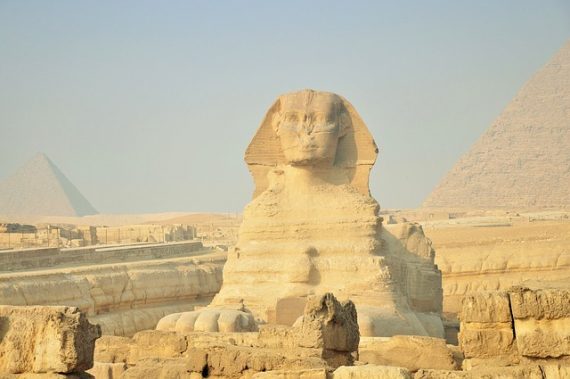 Yes, Trump Tower. We’re as puzzled as you are.

“Our customer relations team hasn’t received any enquiries about the monolith. However I’m not surprised that whoever (or whatever) is responsible chose our region, with our 31 kilometers of stunning beaches, McLaren Vale wineries and Mediterranean lifestyle.”

Noarlunga Mayor Erin Thompson wasted no time promoting the town’s monolith as a major tourist attraction on par with its beaches and wineries, conveniently ignoring any speculation on the meaning of the disparate coordinates. No one else has speculated who placed it there either, and, as of this writing, it's still in Noarlunga.

Perhaps the Noarlunga monolith’s erector placed it there as a fun connect-the-dots what-do-these-have-in-common game to play during the socially-distanced, attendance-limited holiday parties. It would certainly be more healthy than a piñata and less annoying than yet another marathon game of Monopoly.

Here’s a start – if aliens were leaving a guidepost of “interesting places to visit on this otherwise worthless planet”, they might include the Sphinx which they had a part in building, the Mariana Trench which is a great secluded parking space, the Managaha Island to remind you where you parked, and the Trump Tower where the leader who has been warned not to reveal your existence once lived.

Winged Humanoids That Soar Across the Skies of the U.K.