Bubbles. They’re fun for kids, good signs for fishermen and safe zones during the pandemic. But what if they’re enormous bubbles being belched out by the supermassive black hole at the center of the Milky Way … so enormous that they expand far above and below the galactic plane? Should we be worried? Should we send a probe to pop them? Should we send up guardian probes so they won’t get popped by someone else?

“These "eROSITA bubbles" show a striking resemblance to the Fermi bubbles, which were discovered a decade ago at even higher energies. The most likely explanation for these enormous gas bubbles is that a long time ago there was a massive input of energy from the galactic center into the hot gas envelope around our galaxy, which led to huge shock waves.” 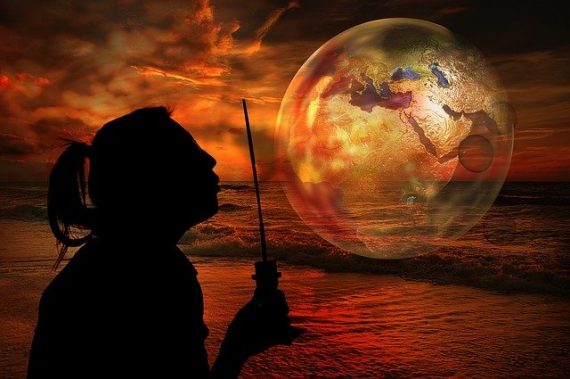 “eROSITA” sounds like a high-tech Hispanic girl’s name but it’s actually the primary instrument on-board the Russian-German "Spectrum-Roentgen-Gamma" (SRG) mission which was successfully launched on July 13, 2019, to perform the first imaging all-sky survey in the medium energy X-ray range. Scientists at the Max Planck Institute for Extraterrestrial Physics (MPE) have been analyzing the X-ray survey for unusual phenomena not visible in the normal light spectrum. That’s when they found the giant bubbles.

“The X-ray emission observed by eROSITA in its medium energy band (0.6-1.0 keV) shows that the bubbles have an extension of several kiloparsecs (or up to 50,000 light years) in diameter, and are thus almost as large as the Milky Way itself. These eROSITA bubbles show striking morphological similarities with the already known Fermi bubbles, which the Fermi telescope discovered in the area of gamma rays, but they are larger and more energetic.”

The Fermi bubbles referred to in the press release – named for NASA's Fermi observatory which first observed them in 2010 – emit super-high-energy gamma rays in a form that resembles bubbles of hot gas but are more likely shock waves traveling through the nothingness of space after being emitted by a fairly recent explosion (a few million years ago) from the supermassive black hole. Seen from the side, the Milky Way looks like a disc and the bubbles like a dumbbell through the center. The eROSITA bubbles resemble the Fermi bubbles except their dumbbells extend almost to the edges of the disc. (Illustrations can be seen here.) As the study, published in the journal Nature, suggests, the eROSITA bubbles were probably caused by the same explosion that created the Fermi bubbles and are expanding into the hot gas envelope that surrounds the Milky Way. 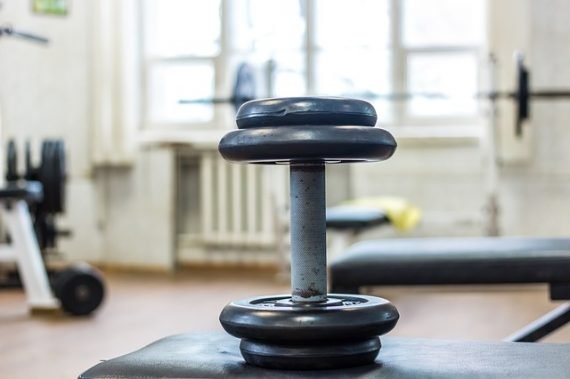 “The bubbles that eROSITA has now found show disturbances in this hot gas envelope around our Milky Way, which were caused either by a period of intense star formation or by an eruption from the supermassive black hole in the galactic center. Even if the mass monster is now behaving quietly, it could have been active in the past - similar to how it can be observed in active galaxy nuclei (AGN) with rapidly growing black holes in distant galaxies. In both cases, the energy required for the formation of these giant bubbles must have been enormous: 10 56 erg, equivalent to the energy released by 100,000 supernovae."

Whatever this explosion was, it blew energy into the space surrounding the Milky Way at an incredible force and speed that caused its X-rays not only to be observable on Earth but by every star in the galaxy, all the way to the edge.

Should we be worried?

Not really. The belch of eROSITA bubbles happened as little as 3 million years ago and won’t happen again in our lifetime. Even if it did, the energy force that created the bubbles blew them above and below the Milky Way, not through it. And, since it’s not really a bubble, just an energy force shaped like one, there’s no chance of it popping.

Who would've have expected that even black holes like blowing bubbles?