Mind and Memory: How Strange and Sinister Tales Can Become Massively Distorted

Five days before last Christmas I received an email from a guy who said that he had read one of my two books on Roswell (The Roswell UFO Conspiracy) and who wanted to make a few points. He disagreed with me and said he knew that aliens came down not too far from Roswell, New Mexico in the summer of 1947. He also said that in terms of the bodies allegedly found on the Foster Ranch, they were not the large-headed, small creatures that most people associate with when it comes to the famous case. Rather, he said that the aliens at Roswell actually looked just like us, for the most part. He also said that the aliens were genetically designed so that when they died on the ranch, their bodies  decomposed extremely quickly – and, as a result, the U.S. government never had the chance to study their rapidly decaying remains. And, how did he know that? Well, I'll tell you: it was in a book written by either Stan Friedman or Kevin Randle. Wrong. That exact story can be found in the pages of David Bischoff's excellent The UFO Conspiracy trilogy of novels: Abduction; Deception; and Revelation. I loaned the guy the books and he realized he had screwed up. 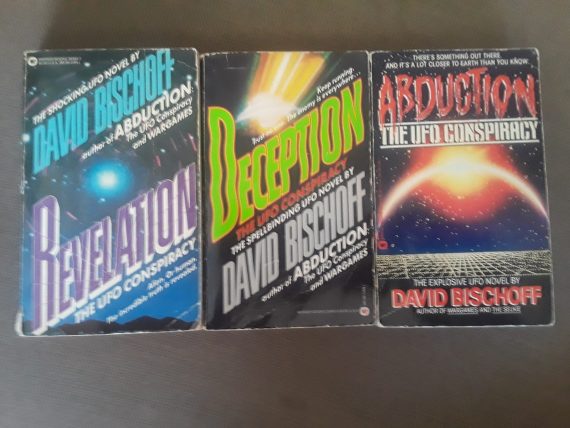 Now, onto a good friend of mine, Richard Freeman, cryptozoologist. A long time ago now, Richard set up a project to investigate reports of giant pike fish in the U.K. Over the years there have been sightings of some truly monstrous pike in the U.K. And, so, it made sense for Rich to catalog the activities and locations of these water-based monsters. One story was spectacular. For a bit. The story quickly collapsed. Unfortunately, as Rich dug further and further into the story, he found to his disappointment that the man in question had made an error. What the man actually read was not a news story of the giant fish, but a horror-novel written back in 1982 called The Pike. The author: Cliff Twemlow. The book is an entertaining bit of cryptozoological hokum – kind of a second rate Jaws. Rich’s source, however – and as a result of the passage of a couple of decades – had innocently got fact and fiction mixed up. Now, let's have a look at yet another example of the mind playing games to significant degrees.

In 2006, I spent 6 or 7 months in England, where I grew up. While back there, I attended a couple of local lectures in the county of Staffordshire. At the end of one of the lectures, a guy came up to me and asked if I was aware that in Hopwas Woods – an area of woodland not at all a long distance from where I once lived – there was something terrible lurking. Did I know, he asked, that deep in Hopwas Woods there was a bog that was so deep it was practically bottomless? On top of that, an ancient book had been found in the area which contained codes that, once deciphered, could allow for the summoning of terrible beasts from the depths of the bog. I asked the guy where the story came from. The more he told me about the story, the more and more it began to fall apart. What he had really done was to take from memory the story of a horror author named Guy N. Smith, who I'm a big fan of. The man wasn't trying to deceive me. He had simply mistaken truth for one of Smith's novels, The Sucking Pit. And after a lengthy period of time. 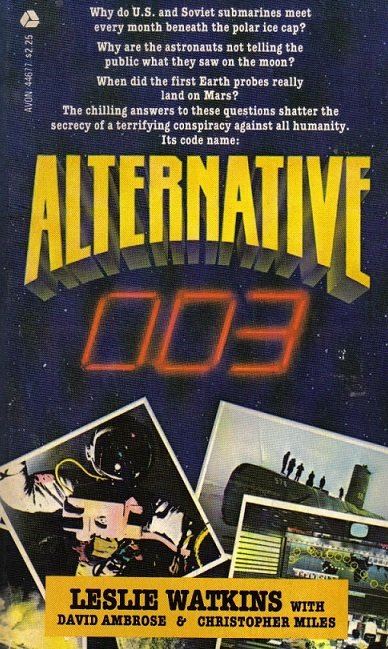 Finally, there is the matter of the Alternative 3 phenomenon. As Gaia say: "In 1977, a British television program titled Science Report: Alternative 3, part of an Anglia TV documentary series, aired and planted the seed of fear about alien invasion in society at large. The program focuses on the disappearances of prominent scientists, engineers and astronomers. The speculation is that the Earth is collapsing and will soon be unable to support human life, so these people have been taken by several governments acting together in an intergovernmental Secret Space Program (SSP) with the goal of developing colonies on other planets, using the moon as a way-station."

Alternative 3 was actually nothing but a hoax. Every now and then, however, I'll get questions about the show, and the person will tell me something like how they watched the production. Indeed, as one person put it, "It was all on the BBC for days." It was not on the BBC for days - even though the person swore it was. Like all of the above cases, this one was just an example of the mind remembering things that didn't really happen. At least, they didn't happen exactly as the people involved genuinely thought they did. A cautionary story, for sure.