2020 is truly the Year of the Monolith-Palooza and going out with a bang as the mysterious monolith which appeared at a government-protected, sacred site in Romania disappeared as secretively as it appeared, but with the added alien-ish feature of strange lights being reported in the area just prior to the vanishing. Meanwhile, more eyewitness testimony arises about the disappearance of Monolith I in the remote Utah desert. With the world at a loss to explain, did anyone check with Nostradamus? Baba Vanga? A Magic 8-Ball?

“The monolith found near the archaeological site of an old Dacian Stronghold disappeared on the night of Saint Andrew, when reportedly, a bright light surrounded the object. Locals thought the light came from a car, but the light pointed towards the sky.”

Jurnal FM, a Romanian radio station, uploaded a before-and-after video of the silver monolith which was discovered on November 26th on Ceahlău Massif (Ceahlau Mountain), the so-called Holy Mountain or Mount Olympus of Romania, which was a sacred site for the pre-Roman Dacian culture and a military site against the Roman invasion dating back to the first century BCE. While the appearance of the monolith was mysterious, many considered its disappearance frightening because it occurred on the night before St. Andrew’s Day. St. Andrew (Sfantul Andrei) is considered by many to be the protector of Romania and his feast day is a major holiday. However, as Romania Insider reports, the night before is more like Romania’s Halloween.

“The night before St. Andrew’s Day (November 29-30) is marked by several customs, traditions, and superstitions of pre-Christian origin, aimed at protecting both people and their homes and animals. Many consider this night to be the Romanians’ equivalent of the Halloween, as this is when spirits go out into the world, the wolves are able to speak, and people use garlic to protect themselves against evil and spells. The more superstitious people believe wolves are able to speak like humans in the night of St. Andrew, saying terrifying things. Moreover, those who get bitten by these wolves will turn into werewolves.”

Ziar Piatra Neamt confirmed the disappearance (also with pictures) and offered a possible explanation for where it came from. Place your bets now. Aliens? Spirits? 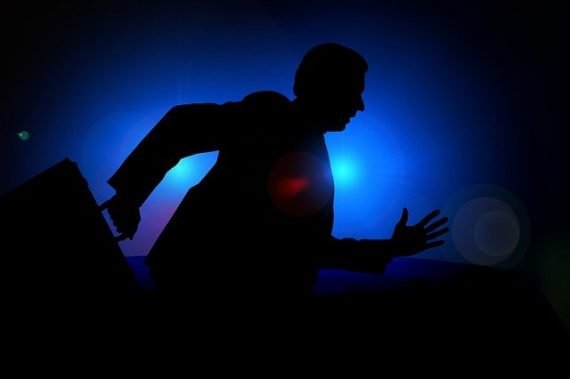 "An unidentified person, apparently a bad local welder, made it ... now all that remains is just a small hole covered by rocky soil."

Who had “bad local welder”? Your check is in the mail.

Meanwhile, back in Utah …

“Right after it had fallen over and made a loud thud, one of them said, ‘This is why you don’t leave trash in the desert. As they were loading it up and walking away, they just said, ‘Leave no trace.’”

Adventure photographer Ross Bernards visited the monolith site on the night of November 27 and told a local station he saw men topple it over and haul it away while making those ominous comments to future monolith-leavers. After that report came out, the man who claimed he removed the monolith posted details on his YouTube channel.

“On the night of November 27, 2020, at about 8:30pm— our team removed the Utah Monolith. We will not be including any other information, answers, or insight at this time.”

That was the post from Andy Lewis, a.k.a. ‘Sketchy Andy’ and ‘Mr. Slackline’, a 34-year-old BASE jumping guide and slackliner from Moab, Utah, who seemed to confirm his truthfulness with photos of the removal. However, The Salt Lake Tribune pointed out that the faces were blurred, which Lewis explained he added to protect the identities of everyone else (a good idea these days) and would not provide any unedited photos.

You may remember Mr. Slackline from his slackline performance at the 2012 Super Bowl during Madonna’s halftime show. (Super Bowl XLVI is better remembered for the upset victory by the New York Giants over the New England Patriots 21-17.)

Is this the end of Monolith-Palooza 2020? Let’s hope not – we still desperately need the distraction.

The Bizarre Case of the Grafton Monster