Mummified Baboons Lead Researchers to the Lost Land of Punt

While it may be a tempting invitation that could lead to lost treasures of Egypt, anyone who has ever seen a ‘mummy’ movie knows that following one can only lead to bad things, not riches. And riches are one of the things ancient Egypt is known for. It’s no mystery how many non-local riches like gold, ivory, rare woods, and unusual wild animals were obtained – Egypt conducted a thriving trade business with many lands. One of those was the lost land of Punt – referred to in writings as Ta netjer or the "Land of the God" because it was considered to be a holy land associated with the Sun God and thought by some to be the Egyptian ancestral homeland. Despite that, little is known about where the land of Punt was actually located. That changed recently when a group of researchers followed a mummy (you knew we’d get back to that) – but not a human one … a baboon mummy. Wait … what? 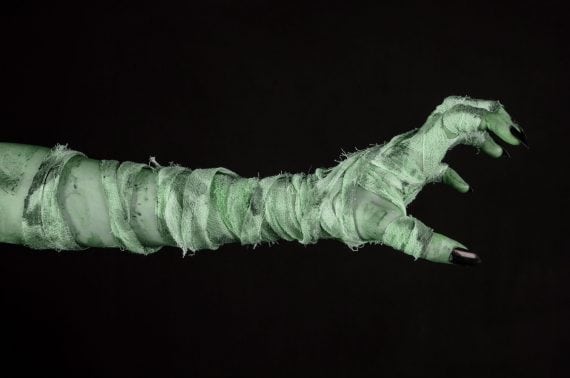 “The Red Sea was witness to important events during human history, including the first long steps in a trade network (the spice route) that would drive maritime technology and shape geopolitical fortunes for thousands of years. Punt was a pivotal early node in the rise of this enterprise, serving as an important emporium for luxury goods, including sacred baboons (Papio hamadryas), but its location is disputed.”

A study led by Nathaniel J. Dominy, the Charles Hansen Professor of Anthropology at Dartmouth College, and others, published recently in eLife, describes the historical importance of Punt to the ancient world as a trader of valuable commodities, and to the Egyptians as a supplier of sacred goods. Despite its significance, historians have never agreed on its location – various spots have included northeast Ethiopia, Sudan, Eritrea on the Red Sea coast, or Somalia on the horn of Africa, reachable by the Gulf or Aden and the Indian Ocean. Its importance to Egypt is apparent by the distance needed to traverse to get there and back by sea, showing Egypt’s nautical prowess on the waters as far back as 4500 years ago. That’s a long way to go for baboons.

"Baboons were central to this commerce, so determining the location of Punt is important. For over 150 years, Punt has been a geographic mystery. Our analysis is the first to show how mummified baboons can be used to inform this enduring debate."

Archeologists have found references to baboons, especially as a manifestation of Thoth, the god of wisdom, dating to 3,000 BCE. That explains why they were mummified with extreme care – often in a seated position with its tail wrapped and curved to the right, just like paintings of Thoth depict. Since baboons have never been native to Egypt, tracing their origin seemed to Dominy and his team like a good way to find Punt.

The study focused on mummified baboons from the New Kingdom period (1550-1069 B.C.) stored in the British Museum and specimens from the Ptolemaic period (305-30 B.C.) available in the Petrie Museum of Egyptian Archaeology at University College London. For comparison, they examined tissues from 155 baboons from 77 locations, encompassing every hypothesized location for Punt. In particular, they measured strontium isotope compositions in teeth -- strontium is unique to geographic locations and stored in tooth enamel as animals (and humans) drink water. Digging through the layers to get to early enamel, the researchers found strontium from when they were young in their birthplace. Two of the mummified baboons had strontium from somewhere other than Egypt.

“The area encompasses much of present-day Ethiopia, Eritrea, and Djibouti, and portions of Somalia and Yemen.”

Punt! Well, that’s still a big area but it’s a better answer than ever determined before. (Maps can be seen in the study.) Obviously, more research is necessary. The study also found that many of the mummified baboons had no non-Egyptian strontium isotopes at all, indicating that some Egyptians got tired of waiting for native baboons and bred them themselves.

It all adds up to the first story where something good happened to those who followed a mummy.

A Phantom Caller, a Strange Disappearance, and the Mysterious Death of Dorothy Scott