In 2011, Raymundo Pino got a job repairing fences near the town of El Embrujo in an area of Patagonia which had been covered with ash earlier that year by the Puyehue-Cordón Caulle eruption in Chile. He left one day to put up a fence and was never seen again, despite extensive searches by friends and relatives. One of those cousins, Narciso Pino, got a job in 2020 repairing fences near the town of El Embrujo, just like his cousin. On November 5, he left to put up a fence and has not been seen since. While some blame his drinking, others say the cause of the similar deaths of the two cousins was something more sinister – evil spirits from the world of the dead whose voices are heard in the area. Spirits – one alcoholic, the other evil. Which one is responsible for the identical deaths of two cousins nine years apart?

“It cannot be that he has the same fate as his cousin. It must be in some cave , hidden. It sure got lost. Lately I was drinking a lot of alcohol, ”they say in the town.”

A Google translation of the Spanish story in Clarin looks at both theories. While locals in the small town of about 600 refuse to believe Narciso caused his own disappearance, that’s the thought of Andrés Oscar Ibáñez, the commissioner of Gan Gan – the town where Narciso Pino worked as a laborer (“peon”) at the Los Gurices Ranch. Ranch employees, special police, locals and relatives searched for Narciso on horseback and with drones and dogs. They found footprints, no signs of violence, but no body. The commissioner said Pino knew the area and was in good shape. However, some family members say he drank a lot and may have been suffering from withdrawal hallucinations.

“The striking thing is that in the place [en el establecimiento los Gurices] there was food on the table. And also there was sulfur in the wood stove. In the investigation, interviewing his two sons, they were consulted, and they reported that he did it when I heard voices or saw things. He used sulfur to drive them away.”

Drive away what? The locals believe that El Embrujo is inhabited by evil spirits whose voices they hear, along with the noises they make. Sulfur is burned to chase away “Cosa e'mandinga“ or "Thing e'mandinga," an indigenous name for the Zupay or Mandinga thing – a half man, half goat, with horns and very hairy goat legs with large hooves … a thing which lives in caves and can shapeshift into a woman, a gaucho riding a horse, a dwarf or an old man, all of which bring evil and misfortune in the forms of droughts, floods, fires, pests and other problems. Problems like the eerily similar disappearances of two cousins 9 years apart? 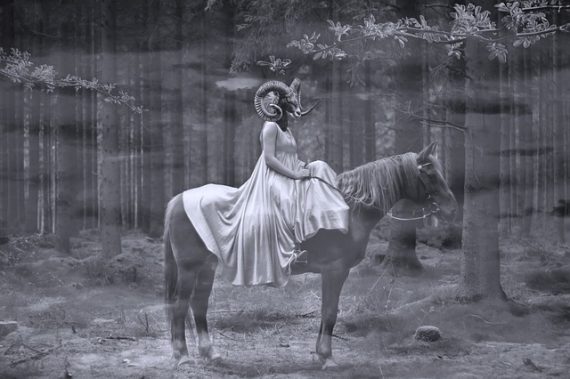 Folk tales, legends and myths hold a tremendous power over believers, especially those looking for explanations for unusual events. Gan Gan had been spared the ravages of the coronavirus – it had no cases … until the disappearance of Pino. Gan Gan now has 40 active cases and more than 100 isolated individuals. And a missing man. With an eerie set of circumstances connecting him to another missing man.

Would you think it was all just a coincidence … or would you get some sulfur, just in case?

The Bizarre UFO Crash at Height 611