Mysterious JetPack Pilot is Back! Or Not?

Video footage has surfaced of the elusive jetpack pilot, apparently flying not far from LAX airspace, where verified sightings occurred in August and October. However, the video may not actually qualify as new evidence.

The mystery began on August 30th when pilots from two different airliners on approach to LAX notified the tower to report what appeared to be a person flying a jetpack at 3,000 feet. Mysterious Universe covered the story in Episode 24.10, also featuring tales of flying humanoids and the possible breakaway civilization-level technology.

Official documentation followed and the FBI launched an investigation into the incident. The Los Angeles branch of the FBI even reached out on Twitter asking the public for help with the following tweet with included a map of the area in question.

The FBI continues to investgate [sic] reports of a #jetpack near #LAX on 8/30. Anyone with info about activity on or above the ground at the location depicted here should call the FBI. The FBI takes seriously events that threaten US airspace & investigates alleged violations #SafeSkies

The plot thickened on Wednesday, October 14th, 2020 with yet another verified sighting over LAX airspace. To date, reports from the crew of three different airlines — American Airlines, JetBlue, and China Airlines — were made public by the Federal Aviation Administration. The story has be reported on by major press outlets including the Los Angeles Times. 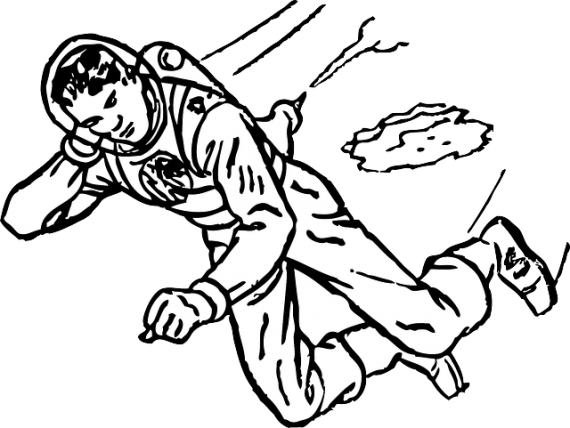 This aviation mind-boggler serves as a valuable test case. By itself, it's a compelling mystery, but it also demonstrates the actions taken and the reporting that results when people really see something strange in the sky around an airport, showing up unsupported claims like those often repeated, yet unverifiable, stories about Mothman above O’Hare. Watching how this latest development plays out, may continue to help us separate the proverbial wheat from the chaff, hot or otherwise.

Another sighting of this unknown jetpack aviator may have occurred December 21st during an instructional flight out of Zamperini Field, a small airport in Torrance, California, in Los Angeles County. A currently anonymous witness with Sling Pilot Academy posted a video on Instagram, which shows a mysterious object resembling a person flying a jetpack off the Palos Verdes Peninsula at a high rate of speed.

However, the FAA has been "unable to validate the reports” of this latest incident and has thus far not heard from any pilots to support the claim. Unfortunately, the video could be another YouTube hoax, like the one posted in November to the Airrack channel or a video of a drone outfitted to look like a human wearing a jetpack. Right now, it's just some blurry footage and there's no way to tell.

These days we to need to beware of trolls lining up to take advantage of trending content. For months we've watched for the jetpack mystery to resurface, and lo and behold here it is. But perhaps this latest reappearance is just a little too convenient. Let's wait and see if an official paper trail comes to light or eye-witnesses come forward publicly, before we consider this video anything more than a clever social media gambit.