With all of the successes SpaceX has had recently – even the recent explosion upon landing of a Starship SN8 was spun into a success -- it’s easy to forget the company had a number of significant failures on the road to stardom. One of those was a SpaceX 9 Falcon rocket explosion during a prelaunch test in September 2016 – an event whose video showed a mysterious UFO near the rocket … a UFO that even CEO Elon Musk could not rule out as a possible cause. While the explosion was eventually traced to the rupture of a helium-filled pressure vessel, the UFO was never explained – leaving it open to conspiracy theories. Those conspiracies came back recently when a video taken the day before the SN8 explosion – on December 8 when the launch was delayed for a day – shows a glowing orb over the ill-fated rocket. Are these connectable dots? If so, who or what is monitoring SpaceX’s failures? 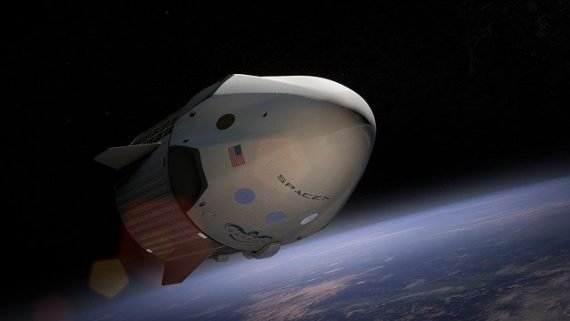 The video was first uploaded by the LabPadre YouTube channel which covers SpaceX's Boca Chica, Texas, live launches and testing. However, the UFO seems to have been spotted first by YouTuber A.I. Food, who uploaded it on December 11 with the above comment. It needed quite a bit of zooming to see and that made it difficult to determine just how close the UFO was to the SN8. UFO Sightings Daily posted a longer video on December 17 which had the obligatory red circle around the UFO but still didn’t put it in perspective next to the rocket. Nonetheless, it was enough for the site’s Scott Waring to add his usual “This UFO is 100% aliens” analysis.

Interestingly, Waring thinks this shows that the “aliens” support Elon Musk, even though the same rocket exploded on landing the following day … just as the Falcon 9 exploded in 2016 with a UFO overhead. That certainly doesn’t sound like support. On the other hand, UFOs were also seen during the SpaceX launch on May 30 taking astronauts to the ISS – the historic first launch of NASA astronauts on a commercially built spacecraft. Show of support or just debris and fertile imaginations?

Although Waring denies the possibility, the most recent orb could certainly be one of the drones that are used to monitor SpaceX launches, seen at such a distance that the pixels can’t be formed into a discernible shape. That fact that this and the other UFO appeared within 24 hours of the rocket on the pad being lost could certainly suggest something more than coincidence. Could it be an ironic payback to SpaceX for causing so many false UFO sightings with its nighttime launches and those annoying trains of Starlink satellites?

Aliens expressing their approval or disproval? Space debris? Drones? SpaceX rivals spying? Whatever it is, it accomplishes the one thing Elon Musk craves … publicity.

An Alternative Theory for at Least Some Ghost Lights