Puerto Rico: An Island Filled With More Monsters Than Just the Chupacabra

A couple of days ago I wrote an article titled: "The Collapse of the Arecibo Observatory and a Strange, Blood-Draining Creature." In the article I referenced the Chupacabra and a vampire-type creature. What a lot of people may not know is that it's said there are far stranger creatures on Puerto Rico than the Chupacabra and a blood-sucker that popped up once and never to be seen again. Welcome to the island of monsters. Since 2004, I've been to Puerto Rico on many occasions. Each time has been to find out the latest news on the Chupacabra. The irony, however, is that each and every time I've been to the island I have been told of creatures much weirder than the Chupacabra. I'll give you a number of examples that range from the strange to the dangerous. My first trip to Puerto Rico was in 2004 - with a crew from the SyFy Channel's Proof Positive show. While we were on the island, several of the local camera-team told us of a small village on the fringes of the El Yunque rainforest where many of the people had a strange condition. They had large, bald heads and an extra finger on each hand. We never had the chance to head out there and see the village for ourselves, so I can't confirm it. But, it was the first time I realized that, in the eerie stakes, the Chupacabra was not alone.

In that same trip, we were also treated to a history of a creature that surfaced back in the 1970s on Puerto Rico: the Moca Vampire. Noted for its fruit industry and cattle-farming, Moca is a cool place, filled with old and atmospheric buildings and surrounded by amazing forestland and green hills. The municipality was, back in the mid-1970s, home to something else, too: the Moca Vampire. It was a most apt title for a creature that caused brief havoc and mayhem in March 1975. Pigs, goats, chickens, geese, cattle, and even pets were found violently slaughtered, and specifically in the Barrio Rocha suburb of Moca. As for the creature, it was like a cross between a large bird and a pterodactyl. I know this, as not just the guys on the TV crew, but numerous locals in Moca itself too, were happy to reveal all during the course of my first excursion to the island. 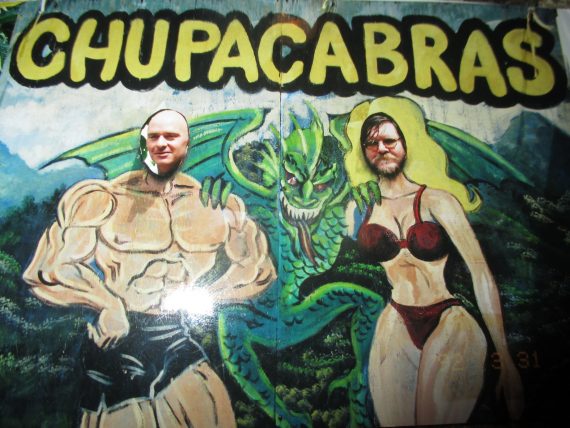 One year later, in 2005, I was back on Puerto Rico for a week - this time with Paul Kimball's Redstar Films. While we were there we interviewed a man named Pucho . His story had nothing to do with the Chupacabra. Perched in a large nearby tree was a huge, bird-like creature, but one which was easily the size of a fully-grown man; possibly even bigger. It was covered in feathers and bellowed in fear-inducing fashion. What happened next amazed Pucho. He said that the creature didn’t fly away in the fashion that one would expect from a bird. Incredibly, it simply opened its wings and – instead of flapping them furiously – rose up into the skies above with what seemed to be barely an effort. In seconds it was gone.

In the years between 2004 and 2018 I have heard of a veritable menagerie of bizarre creatures on Puerto Rico. One, which I heard about in 2012, sounded very much like a large monitor-lizard of around 10-12 feet in length. And reportedly highly dangerous. Its lair: the El Yunque Rain-Forest. Big cats, I was told, were also on the loose. I should stress there are no large, indigenous cats on Puerto Rico. But, there is evidence they may have been secretly brought onto the island.  Now, what about Bigfoot? What?! Yep. I was on the island again in 2014, to make a show for Galafilm Productions of Canada. It was titled National Park Mysteries. During the days I was there, I was told of creatures deep in El Yunque that sounded just like the Bigfoot of the United States. Except, that is, for one other thing: these creatures could turn themselves invisible - so the story went, at least. Of course, we must take into consideration the possibility that some of these cases began as campfire tales and friend of a friend accounts. On the other hand, however, maybe Puerto Rico really is home to far more than just one monster (the Chupacabra, of course). Perhaps, deep within the island, multiple monsters lurk. 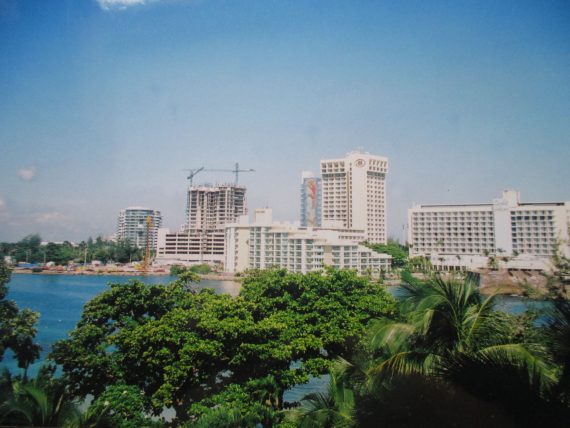