Realtor Has Success Adding ‘Not Haunted’ to ‘For Sale’ Signs

There are people who want to buy and live in a haunted house. There are people who already live in one and want to sell it. There are realtors who will exorcise a haunted house for you before showing it. There are those who found out their house is haunted and decided to stay anyway. And then, there are people who want to sell their house but can’t because there’s a neighborhood rumor that it’s haunted, even though it isn’t. Those people – if they live in the Baltimore, Maryland, area -- need to call real estate agent Joy Sushinsky, who has plenty of “Not Haunted” signs to place out front of houses that are for sale and verified to be ghost-free.

“Yeah, people know if they’re living in a haunted house. And they’ll tell you.”

While disclosure laws in Maryland do not require home sellers to reveal ghosts along with leaks, roof damage or cracked foundations, Sushinsky found that sellers were very forthcoming anyway with the info, as were people who swore their houses weren’t haunted despite the rumors. While she relies on her evaluation of their sincerity in the revelation, Sushinsky told the Baltimore Sun she also relies on her own personal experience living in a haunted house. 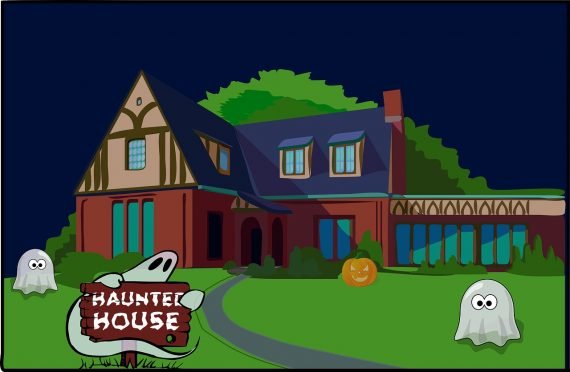 "It was freaky. I also knew it couldn’t be the cat making the noises in the middle of the night either because she was locked in the bedroom with me. I didn’t tell too many people about what was happening, I was worried they’d think I was a little crazy.”

That’s a fear most haunted house homeowners have. In her case, Sushinsky began hearing noises shortly after moving in earlier this year – especially doors opening and closing all night long. Her cat, Killer, howled when walking past a certain spot in the house and stared at it other times. She resigned herself to living with the ghost … until the cat died recently and the noises stopped.

“The coincidence of it all made me a believer [in ghosts], it’s like Killer took the ghost with him.”

The “Not Haunted” signs came after a trip to New Orleans where she saw houses in the city’s French Quarter with for sale signs specifying that home was haunted. She decided to add “Not Haunted” to the For Sale signs on some of her listings that weren’t moving – with permission and verification from the owners, of course – and they sold quickly! Because her name and number were on the signs, Sushinsky got calls both commenting on the humor of the message, but also from people who wanted her help.

“With 2020 having been so blah, I knew this was my chance to bring the signs back.”

Spoiler alert – the signs helped sell more non-moving, non-haunted houses again, but this time Sushinsky started getting calls from around the country as the photos were picked up on social media. 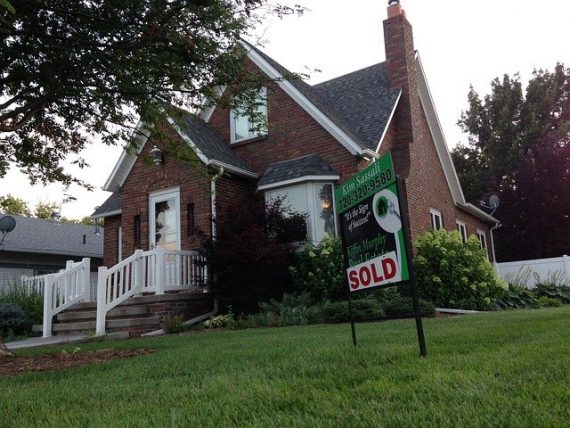 Does this mean 2020 has made people more cautious about ghosts than viruses? Or is it just a ‘sign’ that enterprising real estate agents can sell any house in any market with the right ploy – whether it’s “Not Haunted” signs or photos of Bigfoot lounging around inside.

If you don’t have a ghost or a rumor of one and still want to sell your house, give the place a fresh coat of paint, bake some cookies for the open house and don’t forget “location, location, location.”

An Alien Abductee, High Strangeness, and a Terrible Crime