“There is no intention for the house to become a place of pilgrimage or ritual, nefarious or otherwise. Indeed, such matters are strictly prohibited by the Foundation’s constitution, and it could not undertake such actions in any event as it would be a breach of Scottish charities law.”

Good luck with that when the “house” is Boleskine House, the infamous domicile near the shores of Loch Ness that was once owned by the notorious Aleister Crowley and used for all manners of occult rituals, black magic and other “nefarious” practices during his 34 years as owner and possibly after that by his followers and other practitioners. It has been in the news for over a century because of Crowley, other residents (Led Zeppelin’s Jimmy Page for one), multiple fires, mysterious findings (an alleged Dybbuk box earlier this year) and Crowley fans and occultists hoping to feel his influence or see the spirits rumored to still haunt it.

"Over the years it has been a place people have visited and become obsessed with the area. That has caused its own difficulties for people in Foyers and Inverfarigaig, the nearest villages, and I would wish that to stop for them."

Local councillor Margaret Davidson told the BBC she wants this to stop now that The Boleskine House Foundation unveiled plans to restore the house to its original state before Crowley bought it and turn it into a family tourist attraction. In addition, visitors can stay in 10 new grass-roofed “hobbit huts” on the grounds and get guided educational tours of the restored Boleskine House. The local council has approved the plans and construction is underway … but not exactly smoothly.

“Our objection is to the proposed use of the property to promote the "sex-magick" and "Thelemic" doctrines of Aleister Crowley, which amount to a Satanic religion and are associated with Satanist Ritual Abuse. As such, the promotion of this abusive legacy of a man who styled himself "The Beast" presents a danger to the local community and especially to children and vulnerable adults. We believe that this development poses a danger to local people as it will attract Satanists from across the globe to the quiet, and hitherto safe, highland community of Foyers.”

Not surprisingly, protesters are objecting to the restoration and reopening of Boleskine House for a number of reasons. The Daily Record reports that ‘The Fresh Start Foundation’, a group dedicated to stopping the development because they believe that, despite the foundation’s dedication to making it a family-friendly, non-occult historical attraction, “Satanists,” occultists and the like will overtake it anyway.

“Oxford University Press have written about Thelema as a new religious movement, and taking their academic stance on this, we as an educational charity will simply educate the public in an academic sense as to what is academically known factually.”

Keith Readdy, chairman of the Boleskine House Foundation, is trying to walk a fine line, knowing the resistance to Crowley’s occult side while himself wanting to present the restoration as an ‘academic’ project with one of its missions to explain Thelema, the religious movement founded by Crowley, as something more spiritual – a subject he knows much about as the author of “One Truth and One Spirit: Aleister Crowley’s Spiritual Legacy.” 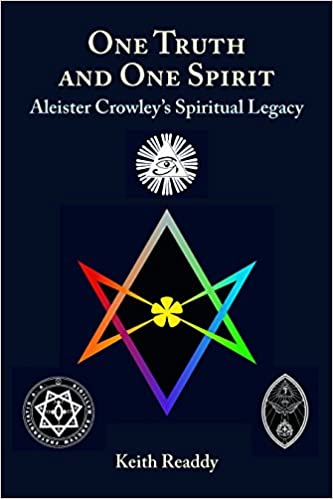 Will a renovated Boleskine House attract vacationing families in town to look for the Loch Ness monster? Occultists, Satanists and followers of Crowley? Thelema practitioners? All of the above?

Over 60 years after his death, Aleister Crowley continues to stir controversy, fears and arguments.