According to new data, our moon has a lot more craters than previously thought. In fact, a total of 109,956 newly discovered craters have been located in the low and middle latitude areas of the moon.

They were found by artificial intelligence that was given data obtained by Chinese lunar orbiters. The researchers uploaded the data with thousands of craters that have already been detected and trained the algorithm to locate new ones. They used data collected from the Chang'e 1 and Chang'e 2 lunar orbiters.

In an email to Live Science, Chen Yang, who is an associate professor of Earth sciences at Jilin University in China and the lead author of the study, stated, “It is the largest lunar crater database with automatic extraction for the mid and low-latitude regions of the moon.”

The majority of the craters were classified as being small to medium in size, ranging from 0.6 miles to 60 miles in diameter. As for the few large craters that were discovered, some of them had a diameter that measured as much as 341 miles.

As for when they were created, the algorithm that was used by the scientists was able to estimate that they occurred during all five of the moon’s lunar geological periods with some of them dating as far back as 4 billion years. The five lunar geological periods are the Copernican, Eratosthenian, Imbrian (Late and Early epochs), Nectarian, and Pre-Nectarian.

Yang described the craters as being like “fossils” that “record the history of the Solar System” from when meteors impacted the moon. Since the shape and size of the craters are all different and unique, with some of them overlapping and eroding as time goes on, detecting new ones is a very difficult process that requires a lot of time and patience. 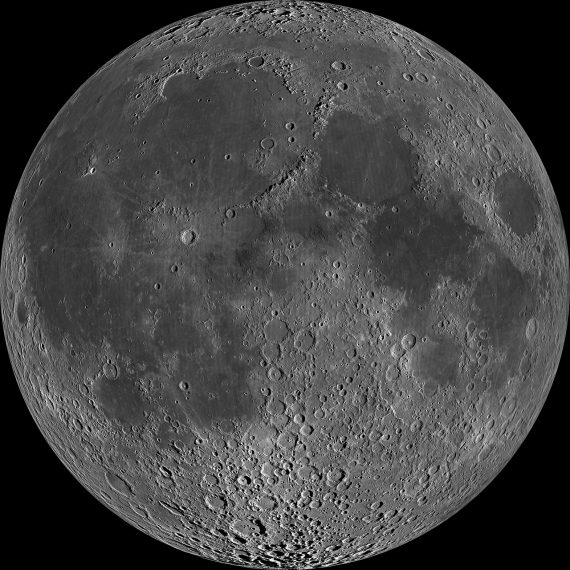 Eventually, the team is planning to upload new data from the Chang'e 5 lander to their crater-spotting algorithm. They even want to use their technique to study other places in the Solar System like Mars. The researchers wrote in part, “This prediction will generally take minutes followed by a few hours of post-processing on standard computation hardware.” Their research was published in the journal Nature Communications where it can be read in full.

Several images of where the newly discovered lunar craters are located can be seen here.