My previous article was titled "From Vampires to Cattle Mutilations." At the very end of part-2 of that article, in relation to who or what I suspect is behind the cattle mutilations, I wrote the following words: "My view on all of this? I think at some point from the 1960s onward there were deep concerns that something dangerous - maybe, even, deadly - had gotten into the food-chain. Our food-chain. The result: tests were clandestinely undertaken by night to try and figure out how bad the situation could potentially get. If that sounds a bit vague, well, yes, it is. That's because I'll come to the bigger picture of all that very soon..." With that said, now it's time for me to state why, precisely, I think the cattle mutilations from the 1960s to the 1980s were not the work of vampires, aliens, or supernatural creatures. I suspect that an agency of government was behind it all. There's a very good reason why I say that; since way back in the 1940s, certain elements of the U.S. Government have kept a close, and secret, eye on the nation's cattle - as you will now see. In part 1 of this article I'll begin with how the government was highly concerned by the possibility that agents of a foreign country were trying to destroy America's cattle herd. So, what was done? U.S. agents spent a lot of time secretly monitoring the cattle - and all across the country. In other words, and long before cattle mutilations were on the scene of anybody, agencies were carefully and quietly keeping their eyes and ears open on this disturbing situation. The first part of this article is focused on concerns that the government had surrounding foot-and-mouth disease. 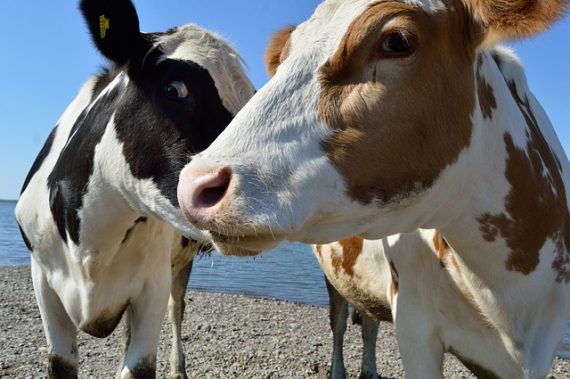 Back in the early 2000s, while I was in the U.S. National Archives for around a week, I dug through numerous files of the U.S. government's old Research and Development Board. One of the documents dated from 1948 and demonstrated that government agencies had been carefully and quietly watching the country's cattle for several years. One of the things I found was a fifty-page-long file dated from March 1947 through to the latter part of 1948. It  makes for disturbing reading. Indeed, throughout that entire period, biological warfare was seen as a major threat to the United States. Moreover, the fear that a hostile nation might attempt to ravage the American food-supply by deliberately infecting its cattle herd with (among others) Foot-and-Mouth disease was running high in official circles. One particular extract from the documents states: "Biological warfare lends itself especially well to undercover operations, particularly because of the difficulty in detecting such operations and because of the versatility possible by the proper selection of biological warfare agents."

The Board stated: “Within the last few years there have been several outbreaks of exotic diseases and insect pests which are believed to have been introduced accidentally but which could have been introduced intentionally had someone wished to do so. The use of epizootic agents against our animal population by sabotage methods is a very real and immediate danger. Foot-and-Mouth disease and rinderpest are among those which would spread rapidly, and unless effective counter-measures were immediately applied, would seriously affect the food supply of animal origin. Since Foot-and-Mouth is now present in Mexico, it would be relatively easy for saboteurs to introduce the disease into the United States and have this introduction appear as natural spread from Mexico. Since rinderpest and Foot-and-Mouth disease are not present in the United States, our animal population is extremely vulnerable to these diseases." 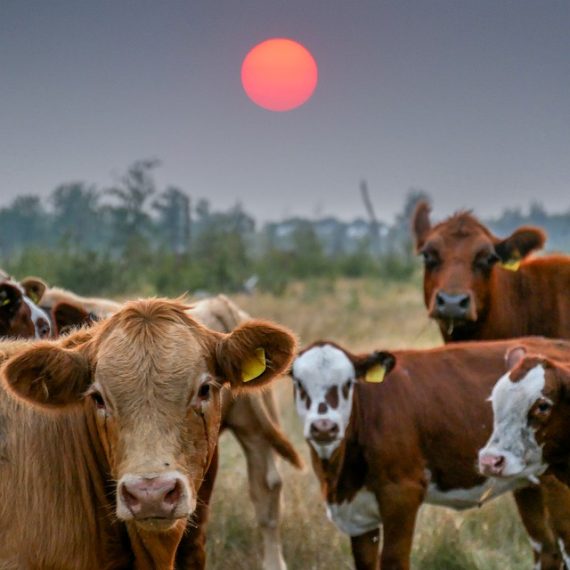 The government didn't stop there: "The United States is particularly vulnerable to this type of attack. It is believed generally that espionage agents of foreign countries which are potential enemies of the United States are present already in this country. There appears to be no great barrier to prevent additional espionage agents from becoming established here and there is no control over the movements of people within the United States. North America is an isolated land mass and hence specific areas therein present feasible biological warfare targets for an extra-continental enemy since fear of backfiring is minimized. The food supply of the nation could be depleted to an extent which materially would reduce the nation’s capacity to defend itself and to wage war. Serious outbreaks of disease of man, animals or plants also would result in profound psychological disturbances.”

The Board outlined various ways how enemy agents might attack the U.S. cattle herd. The potential means of attack were: “water contamination,” “fodder and food,” “infected bait,” “contamination of soil,” “Biological Warfare aerosols,” and deliberate “contamination of veterinary pharmaceuticals and equipment.” There was this, too: "It is concluded that: (1) biological agents would appear to be well adapted to subversive use. (2) The United States is particularly susceptible to attack by special BW operations. (3) The subversive use of biological agents by a potential enemy prior to a declaration of war presents a grave danger to the United States. (4) The biological warfare research and development program is not now authorized to meet the requirements necessary to prepare defensive measures against special BW operations."

And, in light of all this, the government felt that the best response was to keep a careful, quiet and clandestine watch of the country's cattle. So, where does this leave us when it comes to the cattle mutilations? Here's my view on it all: we know now that two decades before cattle mutilations were occurring, government agencies were already watching the herd. And just about everywhere within the borders of the United States. Foot-and-mouth had the government worried in the 1940s. Something else got them concerned twenty years later. I suspect it was something in the food-chain. Something disturbing. In part 2 of this article I'll share with you yet another example of how government agencies have spent a lot of time quietly studying America's cattle.

Six Alaskan Islands May Be Connected to One Massive Underwater Volcano