Part 1 of this article revolved around the issue of enemy agents - in the 1940s - trying to find ways to destroy the U.S. cattle herd. Most of the focus at the time was on Foot-and-Mouth disease. Today, in the second part of this strange story, I'm going to share with you more data and material that shows agencies have, for a long time, watched America's cattle. And for very good reasons, too. The FBI’s declassified records from 1945 onward on this subject reveal that the issue of cattle potentially being affected by bacteriological warfare was a major one. A memo sent to the then-Director of the FBI, J. Edgar Hoover, dated July 6, 1945, states: "You may be interested in the following information which was reported by the SAC [Special-Agent-in-Charge] of the Norfolk Field Division following a Weekly Intelligence Conference on June 28, 1945" The document refers to the work of a man [whose identity is concealed to this day within the pages of the declassified documents] employed by the then-Army Air Force at Langley Field, Virginia, and who had "been assigned to handling investigations concerning the landing of Japanese balloons in the states of North and South Dakota and Nebraska."

In a summary report, the SAC at Norfolk informed Hoover: "I was interested to learn that recently several Japanese balloons were found in that territory which were determined to have been carrying bacteria. The bacteria consisting of anthrax, are placed in the hydrogen. I was told that such bacteria mainly affects cattle. When the bacteria lands on wheat or other types or farm land where food is being raised for the cattle, the bacteria remain in the food when it is eaten by the cattle, and upon human consumption of the milk or meat, the bacteria can be passed on." Particularly notable is a July 11, 1949 document that refers to the FBI’s desire to acquire "world-wide information on animal diseases and animal population."

And, one year later, the FBI was still collecting such data. On October 19, 1950, the FBI prepared a document titled Abnormal Loss of Hogs in Nebraska and Illinois. It dealt with an unusually high number of hog deaths in the aforementioned states - as a result of cholera. The files, however, make it clear that, in official, FBI quarters, the nature of the animals' deaths had been viewed with deep suspicion. It was concluded that the deaths were due to a "variant virus" or "atypical virus" that stemmed from "local conditions and the physical conditions of the hogs."” The important factor, however, is that this document was found within a file specifically focused upon bacteriological warfare. In other words, the FBI was still looking closely at any and all animal deaths that might not have wholly conventional explanations. Of great significance is the fact that one of the cases that the FBI examined – and that is described in a heavily-redacted memo of May 29, 1950 – dealt with the discovery of plague-infected rats at the highly sensitive Sandia Base, New Mexico, and which was viewed in some quarters as being the result of nothing less than a deliberate attempt to clandestinely introduce a widespread plague on Sandia by hostile, unknown sources. Significantly, the Sandia Base was, from 1946 to 1971, the primary nuclear weapons installation of the Department of Defense. 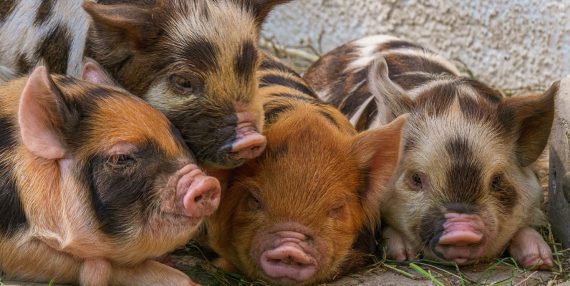 Moreover, a document prepared by the FBI’s Special-Agent-in-Charge at its Albuquerque, New Mexico office on June 22, 1950, titled Bacteriological Warfare – Espionage-Sabotage (Bubonic Plague), refers to rumors then flying around that an outbreak of bubonic plague in New Mexico’s rat population may have been the result of deliberate, bacteriological warfare-related activities by – once again - hostile, unknown forces. The FBI noted with respect to its interview with a plague expert, who is identified only as a "Miss Greenfield": "[She] is acquainted with the presence of the plague among wild rodents in New Mexico and in the United States for several years. It has now reached an area from the West Coast to a line running north and south at approximately the border of New Mexico." The FBI continued: "From August 1949 there were four cases among humans in New Mexico. Briefly, these four cases, one of which was fatal, were reported in New Mexico. Each case indicated that the victim had shortly before the illness, handled wild rodents which he had killed. The one case in New Mexico which was fatal was not diagnosed as the plague until after death." Notably, the FBI subsequently received from the Public Health Service two charts displaying the outbreaks of plague in both New Mexico and the continental United States during that period. And as the FBI noted with respect to the Public Health Service: "…they have found positive evidence of the plague among wild rodents in the states lying west of a line directly north of the east boundary of the state of New Mexico."

More than a few people in government were strongly of the opinion - during the 1950s - that much of this worrying activity was not just down to nature, but was the work of overseas, enemy agents. Since the government had kept a watch on the cattle herd in the 1940s and the 1950s, it would surely have made sense for them to have kept up the surveillance into the 1960s, 1970s, 1980s and...well, you get the picture. In view of all the above, the likelihood is that, to some degree, the surveillance still continues. And to some degree, it surely ties in with cattle mutilations, too.