Six Alaskan Islands May Be Connected to One Massive Underwater Volcano

A massive volcano may be residing deep beneath some of Alaska’s Aleutian Islands. Stratovolcanoes Carlisle, Cleveland, Herbert, Kagamil, Tana and Uliag (also known as the Islands of the Four Mountains) rest in a tight cluster close to the center of the chain of islands. And scientists believe that all six of them are interconnected to a giant underwater volcano.

According to a statement provided by the scientists, if this is correct, it would be the first ever totally submerged volcano located in the Aleutians. There are 40 active and 17 inactive volcanoes within the Aleutian Islands that measure a total of over 1,860 miles and are located between Alaska and Russia. 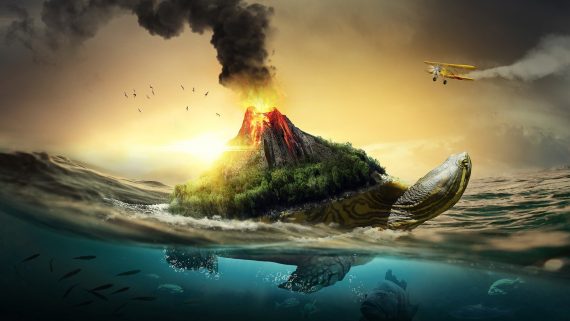 The islands may also be connected to a caldera which is a large bowl-shaped volcanic crater that was created from a massive eruption that caused the volcano’s mouth to collapse. It could possibly even have numerous vents. The scientists came to this idea by studying gas emissions, seismic activity, geochemistry, and gravity measurements around the islands. They theorized that the stratovolcanoes may be linked to “a large, previously unrecognized caldera that is largely hidden by recent deposits and the surrounding ocean”.

According to National Geographic, calderas can have a diameter of up to 62 miles that was caused by the volcanoes releasing much more lava and ash than stratovolcanoes. And based on information provided by the National Parks Service, three overlapping calderas in Yellowstone National Park are the remains from three ancient volcanic eruptions (2.1 million years ago, 1.3 million years ago, and 640,000 years ago). And the one that occurred 2.1 million years released ash that extended as far as 5,790 square miles.

In the same statement, Diana Roman, who is a volcanologist and a staff scientist with Carnegie Institution for Science in Washington, D.C. as well as a co-author of the study, stated, “Everything we look at lines up with a caldera in this region.” 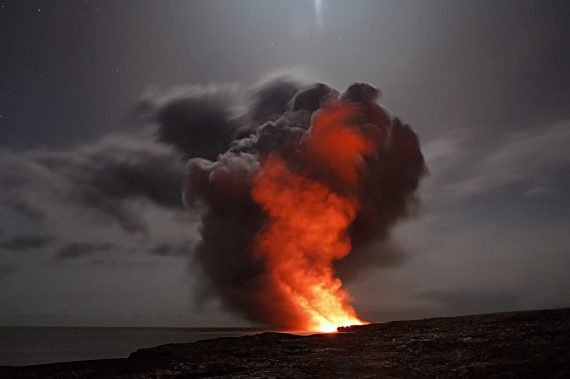 According to John Power, who is a researcher with the U.S. Geological Survey at the Alaska Volcano Observatory and the lead author of the study, Mount Cleveland (an Aleutian volcano) is one of the most active in all of North America and the reason why it erupts so often may be because of a huge underwater caldera.

Much more research needs to be conducted in order to know for sure whether or not these six islands are interconnected by a supervolcano. “Our hope is to return to the Islands of Four Mountains and look more closely at the seafloor, study the volcanic rocks in greater detail, collect more seismic and gravity data, and sample many more of the geothermal areas,” Roman said. (A picture of the Four Mountains can be seen here.)

More Monoliths Appear — Including a Golden One in Colombia