Some 2021 Predictions from Baba Vanga, Including a Dragon and a Flying Train

There was a time when everyone’s favorite dead psychic was Nostradamus – a.k.a. Michel de Nostredame – the French astrologer and seer whose book of 942 poetic future-predicting quatrains, “Les Prophéties,” was first published in 1555, 11 years before his death. However, in recent years, his cryptic predictions have lost popularity to those of Baba Vanga – a.k.a. Vangeliya Pandeva – the Bulgarian mystic and clairvoyant whose predictions were dictated to her staff until she died in 1996. Vangas predictions often contained recent references, and even her cryptic forecasts were easier to decipher than those of Nostradamus. For that reason, along with the fact that the year 2020 was awful, many have been anxiously awaiting the release of what she saw coming in 2021. Would you believe a dragon?

"The day will come when cancer will get tied with iron chains.”

As reported in The Mirror, LatestLY.com and other sites, while the world is focused on COVID-19, Vanga sees a cure for cancer being found in 2021. That would certainly be good news – unfortunately, that’s about all the good news she has for next year. 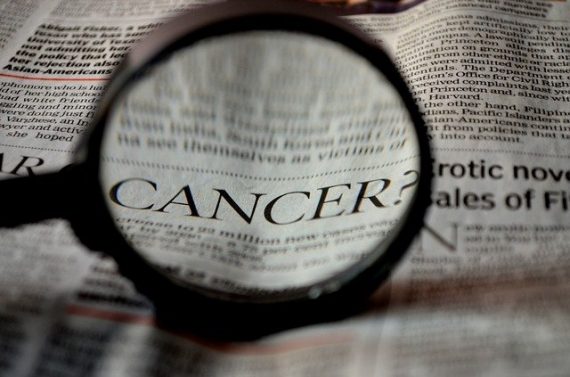 “[The extremists] will use an arsenal of chemical weapons against Europeans."

Vanga predicted extremist attacks in Europe for 2020, so this could be a holdover, as is her prediction that an assassination attempt will be made on Russian President Vladimir Putin – would anyone outside of Russia actually know if that happened already? While it’s claimed she predicted Brexit, Vanga regularly predicts economic problems in Europe, but nothing specific. She has a specific prediction for President Donald Trump:

"[A] mysterious disease that will leave him deaf, and cause brain trauma."

Sharp-eyed Vanga followers will quickly note that she predicted this last year and many believed the “mysterious disease” was the COVID-19 that hit the president. However, it didn’t leave him deaf, so that one is still open.

“The world will suffer from a lot of cataclysms and great disasters. The consciousness of people will change. Difficult times will come. People will be divided by their faith. We are witnessing devastating events that will change the fate and destiny of humanity."

Pretty generic stuff that could apply to any year. On the other hand, she predicts that the Earth's orbit will change slightly, possibly being caused by Jupiter’s gravity, and there will be great changes in the climate and temperature … especially in one place.

"The great nation will be torn apart by earthquakes, storms and waves.”

The waves rules out Russia and China, so it sounds like that bad news is for the U.S. On the other hand …

“A strong dragon will conquer humanity. The three giants will unite ... People will have red money. I see the numbers 100, 5 and many zeros.”

This is perhaps Vanga’s most interesting 2021 prognostication. Most interpretations see the “strong dragon” being China, the “three giants” being China, Russia and India, and the “red money” and "numbers 100, 5 and many zeros" being 100 Yuan and 5000 rubles bills. An economic replacement of the U.S. dollar?

Vanga’s most entertaining prediction for 2021 has to do with transportation.

"The petrol production will stop, and the Earth will rest. Trains will fly [by using sunlight].”

Solar-powered flying trains! If there was one Baba Vanga prediction that would cement her reputation as the best psychic of all time, that would be it. Anyone want to take bets or is this more like a Bulgarian-to-English Google translate error?

As with all predictions that are dependent on interpretations, take these of Baba Vanga with a grain of Bulgarian salt … and the hope that the catastrophes don’t occur, and we’ll be back in at the end of 2021 pointing out where she was wrong … after a ride on the flying train!

A Strange Vanishing in Paradise