The Bizarre Alien Encounter and Abduction at Buff Ledge

One of the weirder alien abduction cases happened at a rather unassuming place for such an incident. Back in the 1960s there was a girl’s summer camp along the edge of Lake Champlain, in the U.S. state of Vermont, called Buff Ledge. In its heyday it was a popular place that attracted numerous young people who came to widen their horizons by experiencing nature and engaging in all manner of outdoor activities such as camping, hiking, fishing, boating, water skiing, and horseback riding, among others. On August 7, 1969, two of the camp workers, a 16-year-old maintenance man named Michael Lapp and 19-year-old water ski instructor Janet Cornell, were enjoying a bit of peace and quiet at the boat dock, watching the sun dipping below the horizon. At the time the swimming team staying at the camp had gone off to a meet, and so it was quiet and relaxing until something caught their attention in the sky. And so would begin a very strange alien abduction encounter that has never been adequately explained.

They saw a bright light up in the fading light of twilight, which they at first took to be the planet Venus, as it was motionless and perfectly round. Yet as they looked upon this celestial show, the light began to move, and even odder still it began to drop rapidly and sort of flatten out into a disc-like shape. Michael’s first stunned reaction was to blurt out “Wow! Venus is falling!” but it was quite clear at this point that this was not Venus. Whatever it was continued to drop, then levelled out and seemed to head directly towards them, revealing itself to be a saucer shaped metallic object of some sort as it drew closer. As the two looked on, there allegedly would be three smaller lights that detached from the larger object, and these lights would fan out to go shooting out across the lake as the main saucer took off into the night at breathtaking speed. These smaller lights then engaged in a physics defying display of aerial acrobatics, performing flips, loops, zig-zags, sudden stops, hovering, tight turns, and abrupt vertical dips and rises. The two teenagers looked on, almost mesmerized by the bizarre show, yet this sense of wonder would soon turn to fear as the three lights started moving right towards them. Things would only get weirder from there.

As the objects approached, they formed a triangular formation, after which the two in the rear flew off to leave only one remaining, issuing forth a horrible sound like “a thousand tuning forks” as they did. The remaining object then did some aerial maneuvers, shot straight up, and then came down to plunge into the lake, where it remained for some time before emerging once again and hovering right in front of the now terrified teenagers. The object was now very close to them, so close, in fact, that they could see through a transparent dome into the interior of the craft, where there sat two “childlike creatures” with large eyes, oversized bald heads, and long necks. The two teens stared as the creatures stared right back for a few moments, after which a beam shot directly at them, causing them to dive for cover. This light washed over them almost like “a liquid,” and was incredibly bright, creating an odd, X-ray like effect that allowed them to see the bones within their hands. After this, there was blackness. 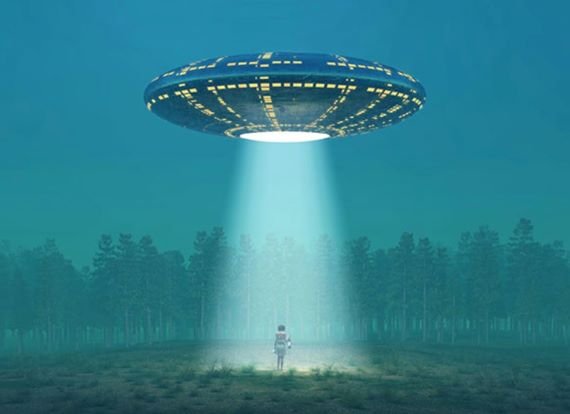 The next thing they remembered was waking up on the dock. Evening had fallen and the object was now high in the air, looking like a moving star to speed off and vanish. Janet seemed to be in some sort of trance, but he was able to shake her out of it and get her back to camp, where they found that the swim team had long ago returned. The two witnesses decided to just sort of forget about what they had seen, and when the summer camp ended they went their separate ways without mentioning the bizarre incident again. Yet in the following years Michael was plagued by potent, vivid nightmares which he could never really remember the details of, but which would leave him terrified and in a cold sweat. He seemed to remember flashes of the faces of those creatures he had seen at the lake during these dreams, and a connection formed in his mind that caused him to seek out help. He decided to contact the Center for UFO Studies, where he met investigator Walter Webb and began the next chapter of his bizarre odyssey.

Webb decided to try regressive hypnosis on Michael in order to help him dislodge any repressed memories of the event from the depths of his mind. Over several hypnosis sessions Michael would remember more and more of what had transpired, in the process painting a very strange picture, indeed. According to Michael, the beam of light had not merely knocked them out, but had lifted him into the air and into the UFO, which then moved up through the atmosphere above the Earth. Through the dome he saw the chasm of space, in which hung the looming presence of some sort of immense mothership. Once aboard he says he had seen Janet lying next to him, the two of them on examination tables of some sort and flanked by those otherworldly entities. He could now see them up close, and would say of his memory of them, “The aliens all looked alike, child-like, and had those large eyes, a mouth without lips, no ears, and two small openings for a nose.” They apparently had greenish-blue skin, and for fingers they had three wet digits, with which they operated an array of what appeared to be medical equipment. Michael would remember watching on as the aliens scraped Janet’s skin, pulled her hair, pinched her, shone a light into her eyes, and seemed to withdraw blood. During all of this, the aliens supposedly sent a telepathic message that they meant no harm. 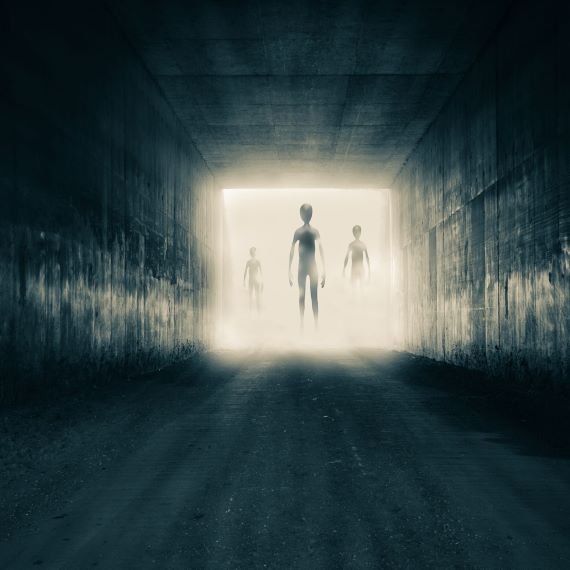 The memories dredged up by the hypnosis were so jarring and revelatory that Webb contacted Janet. Although a decade had passed since that fateful night, it would turn out that she had been having similar nightmares, and Webb managed to convince her to undergo hypnosis as well. Janet agreed, and although she was not able to remember quite as many details of the lost time, she nevertheless gave a report amazingly similar to what Michael had given. In the meantime, Webb would go out to Buff Ledge to investigate for himself, finding several witnesses who recalled seeing strange lights in the sky at around the time Michael and Janet had been abducted, further adding corroborating testimony to the case. He even managed to find two other members of the same camp who also claimed to have been abducted earlier that summer. Webb would end up spending 5 years investigating the case, before compiling his findings, as well as transcripts from the hypnosis sessions, into his 1993 book Encounter at Buff Ledge. His final conclusion was that both Michael Lapp and Janet Cornell were telling the truth, or at least truly believed they were.

Although Webb’s book is now out of print, the encounter at Buff Ledge has gone on to be much discussed within ufology. It is a striking case in that these two individuals, who had had no contact for 11 years, had managed to produce two nearly identical stories under hypnosis, as well as the fact that there was so much corroborative testimony. It has been pointed out that this could have been a hoax dreamed up as a prank by these two kids, but they didn’t say anything about the encounter until a decade later when Michael’s persistent nightmares had driven him to seek outside help. Was it a hoax that they retroactively made, merely saying that this all happened back in 1969? If so, why? What would they have to gain from this? It is all a very strange and somewhat frightening case that leaves us wondering. Was any of this real or not? What happened out on that lake? The Buff Ledge encounter has gone on to become one of those odd cases that seems very promising and intriguing, yet ultimately evades true understanding and answers.