The Bizarre and Frightening Case of the Rosenheim Poltergeist

One very persistent type of haunting in the world of the paranormal is that of the poltergeist. Coming from the German word for for "noisy ghost" or "noisy spirit," it typically entails a wide variety of mischievous paranormal activity that can range from the annoying to the truly terrifying. They are most well known from the hit movie of the same name, but make no mistake about it, real poltergeist cases have been recorded for a very long time. One rather well-documented account of a poltergeist haunting comes to us from the area of Bavaria, in Germany, and it has served to stir speculation and debate to this day.

In the Autumn of 1967, the law offices of lawyer Sigmund Adam, located in the Bavarian town of Rosenheim, began to experience some rather odd phenomena. It started off rather innocuously enough. The lights would go out by themselves or be found swinging for no apparent reason, office equipment would turn on or off by itself, items would be found misplaced, and things would spill or leak of their own accord. In a busy law office this was probably mostly ignored or written off as those “that was odd” moments that we all have from time to time, but the phenomena would soon go beyond the ignorable as it grew steadily in intensity. Lights would be found with the bulbs missing, heavy furniture would be moved around, desk drawers would open and close suddenly on their own, and there would be heard banging noises from the walls that could not be explained. On several occasions lightbulbs suddenly exploded, with one particularly harrowing incident being a time when all of the light bulbs in the office spontaneously exploded at once, and then there was the weirdness with the phones. 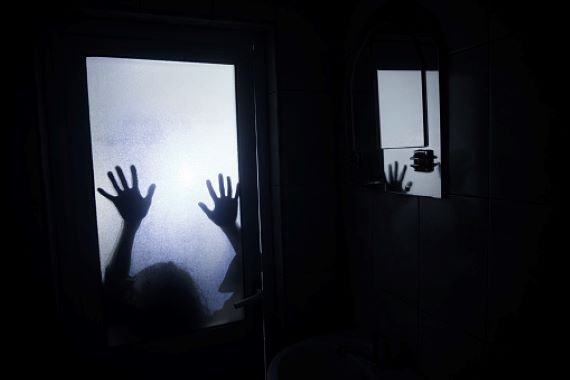 On numerous occasions several of the office phones would ring simultaneously, only to find that no one was on the other end of the line, and there would be times when calls would suddenly be cut short in the middle of important conversations, as if someone had hung the phone up. Additionally, the phone bill was also found to have a bill for a large number of outgoing calls to a speaking clock time service, which cost a substantial amount of money, yet everyone who worked there insisted they had never made such calls. Adam suspected that this was all a twisted prank, and so had the phone company disable the lines so that only he had the key to unlock them, yet the calls continued, and there would sometimes be logged up to 6 calls per minute to the time service, which was not only inexplicable, but also seemingly nearly impossible since these were the days of mechanical dial up phones and it would have been quite a feat to pull off manually, especially since this was a 9-digit Munich number. The phone company could find nothing wrong with the equipment or phones, no glitches were found, and even when Adam had all of the phones in the office physically replaced the weird phenomena went on unabated.

Things were just as bizarre with the constantly malfunctioning office equipment and other electrical disturbances. Electricians who were called in could not find any problems with the wiring, although they did find evidence of large power surges they could not explain and which had not affected any other nearby buildings, and which had nevertheless not blown any circuits or fuses to explain the anomalies. As the phenomena went on, in frustration Adam even tried turning off all the power and working off the generators, but this did little to help and changed nothing. As this strangeness continued, it all came to the attention of the German parapsychologist and head of the Institute of Paranormal Research, Hans Bender, who would arrive on the scene to do his own investigation.

Bender quickly set up monitoring equipment for the electrical systems, as well as cameras, and soon witnessed much of the claimed strange activity himself. He would claim that he had witnessed the lights going on and off, as well as more spectacular incidents such as a large filing cabinet moving across the floor and framed pictures rotating on their hooks. Some of this he claimed to have captured on film, and his monitoring equipment allegedly measured considerable surges in power whenever this paranormal phenomenon acted up. Bender also claimed that he had two physicists from the Max Planck Institute by the names of Friedbert Karger and Gerhard Zicha come in to investigate, and that they had found evidence of “some unknown form of energy at work,” although it was not made clear exactly what this is supposed to be. 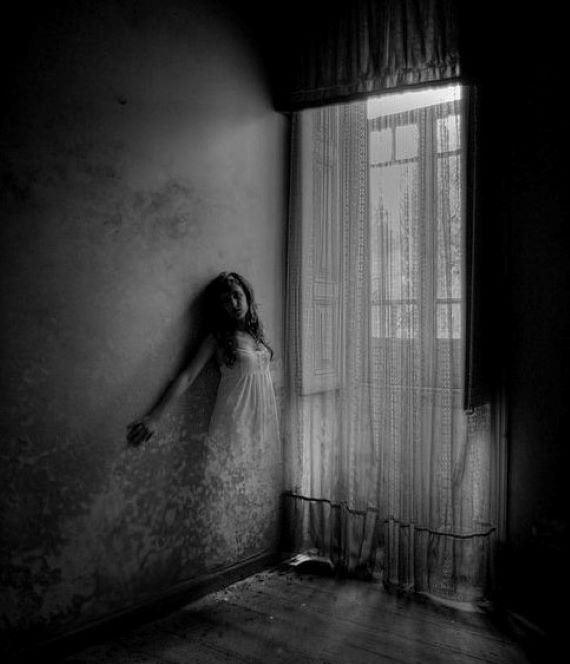 As his investigation continued, Bender also ascertained that the phenomena only ever started and stopped at certain times of the day, namely during regular working hours. No one at the building after the office closed for the evening ever witnessed anything odd, and it also didn’t seem to happen on weekends. This was a curious detail, because it made Bender suspect that the activity could be focused on a person rather than the place, an idea that gained traction when he noticed that one employee in particular seemed to have strange things go on when she was around. It seems as though a 19-year-old secretary by the name of Annemarie Schneider, who had only very recently started working there, had always been present during the strange incidents, and Bender himself witnessed lights often flicker or sway when she walked into rooms. After interviewing the young woman and finding out about her personal trauma and woes with a broken marriage engagement and her deep dissatisfaction with her job, Bender became convinced that she was displaying a phenomenon known as “recurrent spontaneous psychokinesis,” or RSPK, during which a person will unknowingly manifest their stress into outward bursts of subconscious psychokinesis, which is the ability to move objects with one’s mind. It was a suspicion that was supported by the curious detail that when she went out of town for a few days the phenomena stopped, only to start right back up again upon her return, and all of the paranormal activity in the office seems to have ceased permanently when Schneider finally quit her miserable job in January of 1968.

The idea that this woman might be the cause for the poltergeist phenomena witnessed at the office is not a new one. Cases like this are often allegedly found to orbit an individual or individuals within a location, usually troubled adolescents or someone who has some sort of deep seated stress or inner turmoil. The idea is that this pent up stress or frustration can trigger a latent psychokinetic ability and project outward to affect the material world, usually with the person responsible being totally unaware that they are doing it. This hypothesis is so entrenched in poltergeist lore that a good many paranormal investigators believe that most, if not all, poltergeist cases can be explained through this “recurrent spontaneous psychokinesis,” so Bender’s presumption was not particularly bonkers or fringe by paranormal standards. However, the point has been made that it could also be explained through more mundane means, and it is quite possible that this case didn’t go down exactly as described by Bender.

There have been a lot of skeptical arguments and numerous holes shot in the case of what is now known as “The Rosenheim Poltergeist.” For one there is actually very little in the way of concrete evidence provided by Bender, and although some video footage was taken of some weird things, none of the more spectacular claimed phenomena was recorded, making it all very circumstantial and nothing that could not be hoaxed through hidden wires or some other trickery, not necessarily by Bender, but also possibly by Schneider to get attention or take out her displeasure with her job, or even by the lawyer Adam himself to get publicity for his firm. There is also the fact that Bender has been accused of being so zealously married to the idea of paranormal phenomena at work that he has ignored other mundane possibilities and embraced the more anomalous ones, not vigorously examining the evidence and even exaggerating it all in the process, the whole of it ending up with an investigation that is, according to Dutch journalist and skeptic Piet Hein Hoebens, "incompatible with scientific inquiry.” There have even been accusations that Bender offered up fraudulent evidence such as the meter readings of the electrical activity and testimonies of witnesses in order to write a book on it all. Of course it could come down to a combination of all of these factors, with physicist John Taylor calling the Rosenheim Poltergeist case a “mixture of expectation, hallucination and trickery.”

Despite all of these skeptical arguments, there has never been any proof that Bender exaggerated or faked any of this, and indeed some of his reports are backed up by other witnesses and even police. Nor was Schneider ever caught faking anything, and there is nothing at all to show that anyone definitely carried out a hoax of any kind. Due to this, and the fact that it is an old case with no further information, it has been confined to discussion and debate, with no end in sight and no way of knowing what to really think. We are left to ask what was going on here? Was this ghosts, psychic energy projected from an individual, or merely a hoax or prank? We will probably never truly know the answer to these questions, and the case of the Rosenheim Poltergeist remains firmly in the realm of strange cases we will very likely never fully get to the bottom of.