The Bizarre Case of the Grafton Monster

Lying out in the north-central region of West Virginia is the town of Grafton, which is a quaint, quiet town just like many others dotting the area. Once a booming, prosperous railroad and coal mining town, Grafton is said to be the birthplace of Mother’s Day, and possesses much historical architecture from the era, which along with its rural, forested setting makes it a charming little spot. However, it is also an unassuming, peaceful place not known for making headlines, but in 1964 this would change, when a strange monster quite like nothing else would seemingly step from out of the shadows and from beyond known reality to terrorize this hamlet.

At around 11 PM on June 16th, 1964, Robert Cockrell, a reporter for the Grafton Sentinel, was driving home from the office down Riverside Dr. like he did every day, but as he passed around a bend there would be quite the odd and inexplicable sight awaiting him on that dark stretch of road. There in the illumination of his headlights was what he at first took to be a huge boulder somewhat obstructing the right side of the road and partially on a clearing of grass. Cockrell was baffled because he travelled down that road all of the time and knew there was no boulder there, and it took him a few confused moments before he realized it was some sort of massive living creature. Cockrell slowed down to peer out the window at it, and could see that whatever it was stood an estimated 7 to 9 feet tall, was very wide and muscular, and did not appear to have any noticeable head, the whole of it covered in pale smooth skin that looked slick like that of a seal. This hulking abomination then moved, and Cockrell stepped on the gas to go speeding away in fright, not really able to process what he had just seen.

When he got home he excitedly called some friends and told them what he had just seen, and they said they should go out there and look for it. They went out to the spot armed and ready to encounter the creature, but they found only crushed grass and no other sign of it, not even footprints. They started fanning out and jabbing at the night with their flashlights in search of it, when suddenly there was an eerie whistling sound that pervaded the air. They would later claim that the spooky whistle seemed to be following them around as they tried to determine its source, and it was enough to creep them out into leaving. Cockrell would sit on his sighting for a few days wondering if he should tell anyone before finally writing it up in a short article in his newspaper. He didn’t think anyone would really pay attention at best, and laugh it off at worst, but what he didn’t expect was that all hell was about to break loose.

When word of the incident got out, there was a deluge of people coming in from all over the region to look for “The Grafton Monster,” mostly groups of rowdy, armed young men, but people of all ages went traipsing around the town’s surrounding woodlands armed with everything from rifles and pistols, to knives, crowbars, baseball bats, and even pitchforks. It was absolute chaos, and many of these frenzied would-be monster hunters would report seeing the thing for themselves, some of them even firing wildly out into the night at it. An article in the The Grafton Sentinel on June 19th, 1964 would say of the surreal scene:

Grafton’s alleged “monster,” reportedly the personification of the active imaginations of a number of teenagers, couldn’t have shown up in the Riverside drive area if it wanted to on Thursday night, too many teenagers and adults were roaming that section of the city. At approximately 10 p.m., it was reported that cars were almost bumper-to-bumper along the river drive and a large number of cars were pulled off the road to permit joining in the area’s most popular event in recent years, “monster hunting.” Some 20 reports from persons allegedly seeing the “monster” have been quoted since Tuesday night when the “all white, creature without a discernible head,” was reported seen near the city rock quarry. Wednesday night about 30 teenagers engaged in a “monster hunt,” but by Thursday night the number of teenagers had doubled and a number of adults joined in the action. 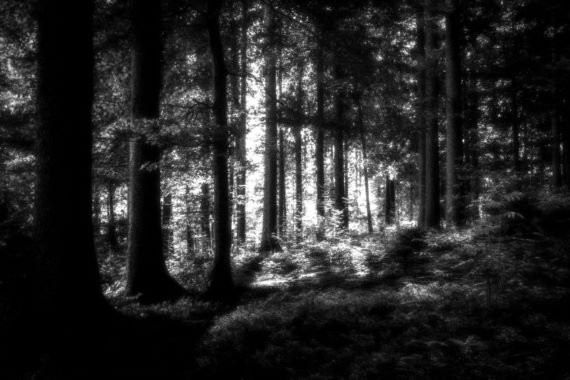 The town was gripped in a sort of hysteria at the time, with police going around trying to disperse the crowds. In the meantime, Cockrell went about interviewing others who claimed to have seen the creature. All of them described the same thing, saying it was 8 to 10 feet tall, broad-shouldered, covered with slick hairless skin that was white or light grey in color, and the head either being nonexistent or very small and tucked into the body. One witness would tell Cockrell that he had seen the monster on more than one occasion, and would say:

I have seen the creature called 'The Grafton Monster' several times when I was a young man and it is very real. My first encounter I was with my Father cutting wood. We had finished and we’re loading the truck, when our two dogs started barking. We stood there and listened, something was walking, getting closer. My Dad told me to get the gun from the cab (He carried a double barrel 10 gauge with 00 buckshot). Whatever it was had picked up its pace and continued toward us. All we knew for sure was, it was big and wasn’t scared of us, the dogs or the chainsaws. It stopped about 50-55 yards from us in the tree’s and went quiet. My Dad pulled both hammers back and stood in front of me, told me to be ready. The next thing that happened I’ll never forget. It stepped out, looked at us, took 3 strides in our direction, turned and walked back into the tree line. That was my first sighting of the beast and I’ll never forget it. My 2nd encounter was about 2 months later at night, fishing alone. I spotted him on the opposite bank and I got the hell out of the area.

Police would launch their own investigation and find no evidence at all of such a beast, eventually writing it off as overactive imaginations and pranks, even going so far as to say the whole thing had been sparked by the misidentification of nothing more than a person pushing a handcart piled high with boxes. However, Cockrell insisted that his story was true, and he reached out to UFO researcher Gray Barker. After speaking with Cockrell and investigating the area himself, Barker came to the conclusion that Cockrell was not only telling the truth, but that it was all even stranger than it already seemed. He found that not only had various people been seeing this creature since before Cockrell had had his encounter, but that many of the sightings that came in also mentioned UFO phenomena in close proximity to the incident. One such report came from a witness who said:

I saw the monster near the river early in the morning. It saw me and instantly froze. It did not move. I was fishing at the time and left all my gear there and started to run away. As I ran, and turned I saw that it, too, turned away and started running off. As I got near my truck and began opening the door I heard a whooshing sound and a bright light appear above the tree line. I drove off and got my gear two days later. 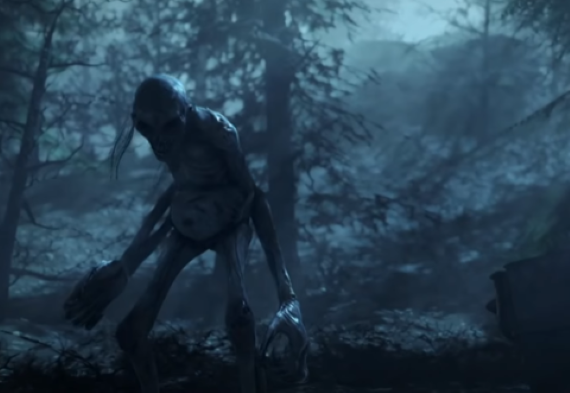 Barker became convinced that the creature and UFOs were linked, and would excitedly write up an article on it all that mysteriously would never see the light of day in print. Also odd is that years later Cockrell himself would suddenly and inexplicably recant his entire original report, despite the fact that he had until then always remained adamant that it was all true and that he knew what he had seen. This unpublished article and the sudden recant have led the whole tale further into the bizarre by sparking theories that the two had been intimidated into brushing it all away in an effort to erase the incident from history. There are a lot of questions raised here. What happened out there in Grafton? What did Cockrell see and if is was a delusion then why did so many others see it? Was there a link to the UFO phenomena? If this thing was even real then what was it? Was it an undiscovered creature, alien, demon, interdimensional interloper, or something else? No one really knows, and it remains an intriguing and enigmatic case that joins the worlds of cryptozoology and the paranormal.

Ancient Islamic Necropolis with Thousands of Bodies Unearthed in Spain