The Bizarre UFO Crash at Height 611

The small mining town of Dalnegorsk, Russia is a rather bleak, stark, and frigid place. Indeed, the name Dalnegorsk literally means “far in the mountains,” and the unforgiving landscape here is fitting for such a name. It is a remote, rugged place of near perpetual cold, just a speck on the map and unknown to most of the outside world. Yet this forgotten place has one claim to fame, as it was once supposedly the site of a UFO that crashed to earth, which would then spawn stories of conspiracies and cover-ups, as well as usher in a whole series of UFO phenomena and strangeness.

In the cold, dark morning hours of January 29, 1986, hundreds of locals had their attention drawn skyward by an unusual sight. Streaking across the sky was seen a glowing reddish ball, travelling in a parallel, controlled manner at a speed of around 120 mph, described as being about the size of “half of the moon’s disc” and with a metallic surface like “hot stainless steel.” The object was obviously no meteor, as it appeared to slow down to a speed of only around 50 mph as it approached Izvestkovaya Mountain, also called “Height 611.” It was thought at first that this was perhaps something from the military base nearby, but whatever it was did not make the slightest sound as it flew over at a height of around 700 feet. As the villagers looked on in astonishment, the object suddenly jerked and dipped sharply, before plummeting to earth behind the trees and hitting the mountain beyond in a ball of flame, producing a blindingly bright flash, yet there was oddly no expected boom of an explosion. For several hours the glow of what looked from a distance like a forest fire could be seen emanating from where the mysterious object had gone down, yet no one dared approach.

It would not be until a few days later that anyone would arrive at the remote site to actually check it out, when a team from the Academy of Sciences came to investigate the odd reports. They discovered a circular spot in the forest that had obviously been charred, and to their amazement there were numerous shards of metal, mesh fragments, beads, and an anomalous black film over everything. There were some odd magnetic readings at the site, an unidentifiable chemical odor lingering everywhere, and a certain charge to the air like static electricity, yet no abnormal radiation was detected. Some reports say that those who examined the area experienced various health issues such as nose bleeds, headaches, nausea, and blood pressure fluctuations, and inexplicably all photos taken of it would later come out completely blank. Samples of the materials were gathered and things would get stranger still.

Scientists allegedly found that the beads were composed of lead, silicon, gold, nickel, and iron, but when melted down their composition anomalously changed into such elements as titan and molybdenum. The mesh-like material was found to also have many oddities. For one, its structure was bizarre to say the least, made of microscopic twisted fibers of carbonic and metal threads only 17 micron wide, beyond anyone's capabilities to make at the time. Some of the fragments featured an incredibly high density of gold inconsistent with the surrounding area. The mesh also proved to be well-nigh indestructible, unable to be damaged by soaking in strong acids or solvents, and only able to be cut with the hardest diamond cutting tools. Scientist were apparently dumfounded by all of this, but rather than explain it as aliens it was thought to perhaps be from an American satellite or aircraft displaying some unknown advanced technology, although the United States would later deny having anything to do with it. In later years some of these fragments made their way to the United States, and some would even be displayed. One such exhibit of some of these alleged fragments was shown at the National Atomic Testing Museum in Las Vegas, and the description at the exhibition reads:

Three Soviet academic centers and 11 research institutes analyzed the objects from this UFO crash. The distance between atoms is different from ordinary iron. Radar cannot be reflected from the material. Elements in the material may disappear and new ones appear after heating. One piece disappeared completely in front of four witnesses. The core of the material is composed of a substance with anti-gravitational properties. 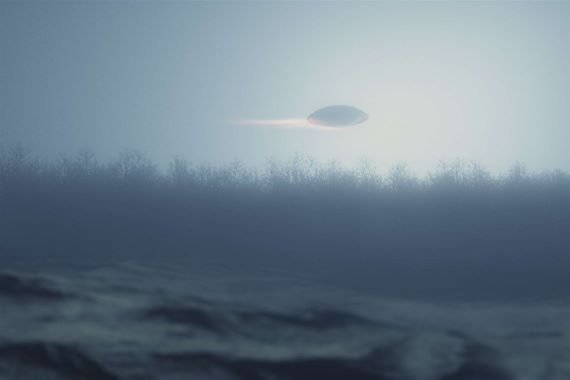 In the days after the Dalnegorsk incident, the area, and in particular Height 611, would allegedly become ground zero for intense waves of UFOs sightings, with dozens of subsequent instances mysterious objects in the sky. On some occasions the objects were reported as hovering over the mountain and illuminating the forest below with beams, as if looking for something, and such reports would carry on all the way into the following year and beyond, given by people from all walks of life, including traditionally reliable witnesses such as doctors, policemen, officials, and military personnel. In some instances, people even claimed to have found more of the mysterious fragments in the area, as well as patches of a strange oil-like substance.

Although it is all a rather spectacular tale, the Dalnegorsk incident managed to be sort of brushed under the carpet, hidden away by what was then the Soviet Union, and it was not until years later that outside ufologists would begin uncovering the tale and making its existence known through articles and TV shows such as a notable segment on a 1995 episode of Sightings. Unfortunately, there does not seem to be much remaining in the way of corroborating evidence, and the vast majority of the supposed material from the crash has gone missing over the decades. While it is all very intriguing and seems promising on some levels, with plenty of eyewitnesses and potential physical evidence, we are forced to relegate it to the files of other cases that have been lost to history, with no way of proving them true or not, one way or the other. What happened at that cold, lonely mountain? We may never know.