The Collapse of the Arecibo Observatory and a Strange, Blood-Draining Creature

You may have seen the breaking news of the collapse of the Arecibo Observatory on Puerto Rico. Of this calamitous affair, the BBC says: "A huge radio telescope in Puerto Rico has collapsed after decades of astronomical discoveries. The US National Science Foundation (NSF) said the telescope's 900-ton instrument platform fell onto a reflector dish some 450ft (137m) below. It came just weeks after officials announced that the telescope would be dismantled amid safety fears, following damage to its support system. The Arecibo Observatory telescope was one of the largest in the world. It was a key scientific resource for radio astronomers for 57 years, and was also made famous as the backdrop for a scene in the James Bond film GoldenEye and other Hollywood movies. The NSF said there had been no reports of injuries following the collapse."

Now, we come to the main theme of today's article. It's a very strange saga that is focused upon (A) the Arecibo Observatory and (B) a weird, and possibly dangerous, creature seen in the vicinity of the facility. To understand the story, we have to go back to the final months of the 1950s. It was specifically in September 1959 when none other than Nature ran a feature titled "Searching for Interstellar Communications.” The authors were two physicists. Their names: Phillip Morrison and Giuseppe Conconi, who were both of Cornell University and both physicists. The main theme of the article was how, hopefully, to find extraterrestrial life by using microwaves. One of those who was enthused by all of this was a man named Frank Drake. He started his groundbreaking work at the Green Bank National Radio Astronomy Observatory in West Virginia. It was Drake's work that really stood out at the Search for Extraterrestrial Intelligence conference of October 1961. Drake decided to head out to Puerto Rico to carry out his work. Puerto Rico became the home of the now very-ill-fated observatory, and Drake became the director of the impressive facility.

Roughly halfway through the 1960s, there was sudden, high-strangeness near to the Observatory. In fact, extremely near. It was on one fateful day that a security guard at the observatory saw a decidedly strange figure moving around the installation. The man - if, indeed, what was seen was a man - appeared to be wearing a long, dark cloak. There were suggestions that, perhaps, what was seen by the guard was nothing less than an honest-to-goodness vampire. Yes, really. 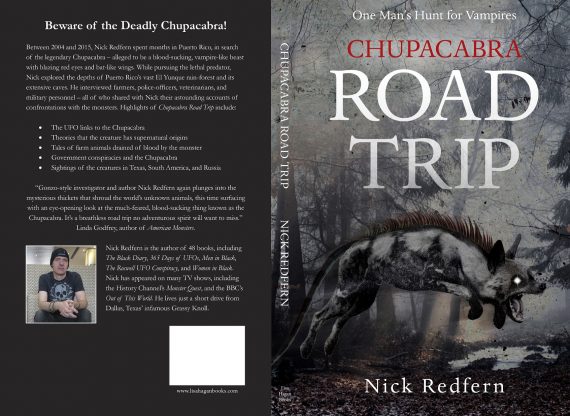 Around two days after the initial report of the cloaked thing was made, Drake said (in his 1992 book, Is anyone Out There?): "I really was forced to look into it…because a cow was found dead on a nearby farm, with all the blood drained from its body. The vampire rumor had already spread through the observatory staff, and now the cow incident whipped the fears of many people into a frenzy." As far as we know, the sinister figure was not seen again. The story isn't over, though. It should be noted that the issue of the poor cow having "all the blood drained" from its body sounds very similar to something that began in the 1990s. Namely, the rise, in 1995, of the allegedly-blood-sucking Chupacabra - and also on Puerto Rico. And, perhaps mixed-in with something not unlike the lethal monsters in the 1997 movie, Mimic. Or, was the monster a real-life extraterrestrial entity that chose to pay a visit to the very place that was looking for ETs? More than fifty years later, it's unlikely that we'll know the truth. The story, however, still endures.