The Men in Black: From Time Travelers to DeLoreans (Well, Almost…)

There's an interesting theory that the Men in Black might be nothing less than full-blown time travelers, rather than aliens, tulpas, demons or government agents. Keeping that carefully in mind, it’s worth taking a look at an aspect of the Men in Black controversy that doesn't get addressed too often. It’s the modes of transport that the M.I.B use when they are in in our time frame. Interestingly, they are almost always seen driving old-style, 1950s-era cars. And the cars are always black – most appropriately. There’s something else, too: witnesses to the M.I.B. and their vehicles state that the cars have the ability to vanish from view – as in quite literally. Even to take to the skies. Not unlike the DeLorean that Michael J. Fox’s character, Marty McFly, drove in Back to the Future. The cars of the Men in Black are here one second and gone the next. That may very well be because those "Cars in Black" are exiting our time and into another – and vice-versa. In light of all that, I’ll now demonstrate how easy it is to see how the M.I.B., and those mysterious cars, go together – and all in relation to time travel. Welcome to the world of the C.I.B. – the Cars in Black.

Dr. Josef Allen Hynek, a well-renowned UFO authority who died in 1986, was provided with the details of a fantastically-strange MIB encounter that occurred in a small Minnesota town in late 1975, and that falls firmly into just such a category. Ironically, no UFO was seen on this particular occasion, but the chief witness was harassed by the driver of a large, black Cadillac on a particular stretch of highway, and who nearly forced the man into an adjacent ditch. The irate man quickly righted his vehicle and headed off in hot-pursuit, only to see the black Cadillac…lift into the air and, quite literally, disappear in the blink of any eye. See what I mean about the parallels between the world of Hollywood and the domain of real-world time travel? 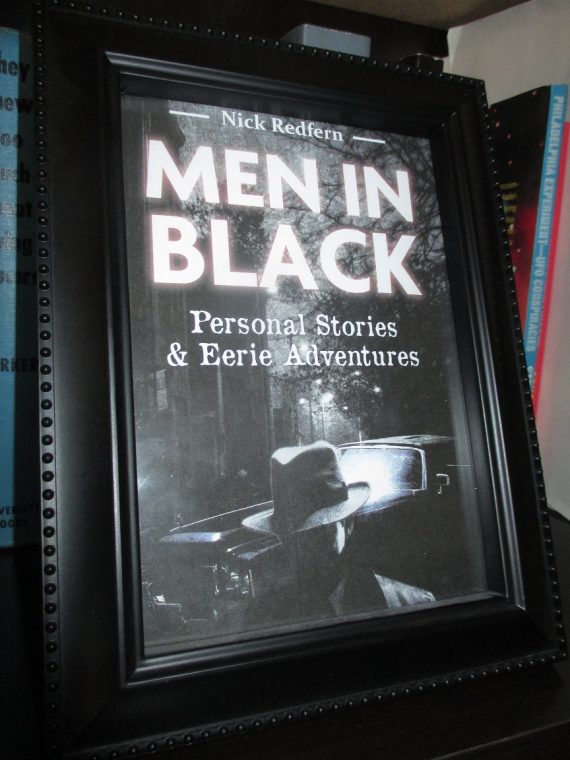 UFO expert, Jenny Randles, who penned an excellent book on the M.I.B., The Truth Behind Men in Black, investigated a very similar affair that took place in the U.K. in the summer of 1981, and that is told in her book. In this specific situation, the witness, a man named Jim Wilson, had encountered something odd – but not too amazing –in the night sky, and was, unfortunately, visited by two Men in Black. They were, of course, the pale, skinny, sickly-looking M.I.B. that terrified Albert Bender way back in the 1950s. The two men told Wilson – in stern and creepy fashion – that all he had seen in the skies above was a Soviet satellite orbiting the Earth; specifically Cosmos 408. And, that he had better keep his mouth firmly shut. The whole thing would have come to an end, except for one thing: the M.I.B. wouldn’t leave. Night after night they would carefully position their Car in Black – a Jaguar of 1960s-era vintage - and stare intently toward Wilson’s home and with mad-dog eyes. Wilson’s anxiety levels began to rise. No surprise there. When things got too much Wilson called the local police. 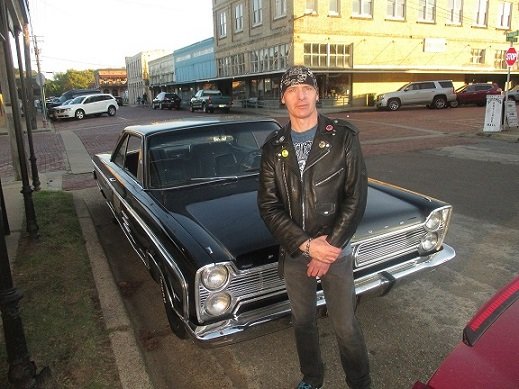 After seeing the vehicle positioned outside Wilson’s car several times, and then managing to get a good look at his license plate – which the police were quickly able to confirm as being totally bogus – they carefully closed in, with the intention of speaking with the pair of MIB and finding out the nature of their game. Unfortunately, they never got the chance to do so. As two uniformed officers approached the vehicle and prepared to knock on one of the windows, the black Jaguar melted away into nothingness. There was, not surprisingly, a deep reluctance on the part of the officers to prepare any kind of written report alluding to such an event in the station log-book. Just like the Men in Black themselves, even their vehicles are seemingly able to perform disappearing acts of a near-ghost-like nature.

Are the MIB surfers of time? Rather than being the agents of aliens or of governments? Of only two things can I say for sure: just about everything about the Men in Black is downright weird. And adding the issue of time traveling makes things even stranger!