The Mysterious Case of Popper the Poltergeist

Seaford, New York, is an unassuming, quiet suburb of Long Island, where in the 1950s a man by the name or James Herrmann lived a peaceful and quiet life with his wife Lucille and children Lucille, 13, and James, 12,  in their modest white and green ranch style home. It is a quiet place of pretty tree-lined streets, and the home itself was a pretty typical affair, three bedrooms, a small kitchen, nothing too special and no known history of death or sinister happenings, yet for one reason or another this would become ground zero for a unique poltergeist case that has managed to cement itself in the annals of the paranormal.

It is all most commonly accepted as beginning on February 3, 1958. The Herrmann’s had never experienced anything odd in the house, but on this day Lucille was in the kitchen with her two children when various bottles around them began to inexplicably pop their tops to send their contents spraying all over the place, each time the bottle caps sending out a resounding popping noise. Some of the bottles were even said to dance around, and it badly scared the two children. When James came home, he was told about the strange incident, and although he at first thought it was perhaps due to the humidity or some chemical reaction, it was found that nearly every bottle in the kitchen had popped its top, even ones that were of the screw on variety, and they all had blown pretty much simultaneously. Two days later, the same thing would happen again, and it began to expand to other types of containers, including jars, bottles of shampoo, bleach, perfume, or other liquids, and tubes of toothpaste, with no rational explanation in sight.

Now James Herrmann was a natural skeptical person. He didn’t immediately jump to a paranormal conclusion, and at first thought that his son was playing a prank, perhaps rigging the bottles to blow somehow with carbonated capsules. He then began carefully watching Jimmy, but found no evidence at all that the boy had had anything to do with it, and all the while the phenomenon was getting more intense, with all manner of containers suddenly bursting open to erupt everywhere, usually with a nice clean popping sound. There were also numerous instances of objects flying from their resting places to violently smash against the walls or even into bystanders. When James finally confronted Jimmy about it, the boy denied it, and even as they spoke a bottle moved across the shelf and popped right in front of them. This was obviously weirder than James had imagined.

As the popping bottles and jars continued there were occasionally other weird incidents as well, such as bottles actually exploding and various moving objects, and not knowing what to do, James contacted the police, who were very skeptical but nevertheless sent someone out to investigate. The policeman who arrived at that house was a very skeptical officer James Hughes, who promptly had several bottles pop and explode right before his very eyes. After this a Detective Joseph Tozzi was sent to do an investigation, and he set up a sort of stakeout and vigil of the phenomena that went on for several days, during which time he witnessed bottles popping or exploding, objects moving around on their own, a bottle of perfume that travelled across a table to spill its contents, and sometimes bottle caps that flew off in his direction as if aiming at him. In every instance it was found that the objects that had done this were strangely warm to the touch afterwards. The most spectacular thing that happened while Tozzi was there was the time a large, very heavy bureau desk flipped itself over to crash down, as well as instances of a figurine and a bowl launching across the room, and Tozzi began to believe that this was truly an unexplained phenomenon. Tozzi noticed that there was usually one of the children in the vicinity when the strange phenomena happened, but could find no evidence of trickery.

The family also turned to Father William McLeod of the Church of St. William the Abbott, who came and blessed the house with prayers and holy water, but this seems to have done nothing to help, and the madness continued. In the meantime, the case was getting out into the wild and making the news, where it was being called “Popper the Poltergeist,” because of the bottle popping of course, and would gain enough publicity to be featured in such prestigious publications as Time and Life magazines. This brought in a deluge of unwanted publicity for the Herrmanns, with reporters and various weirdos camped outside their house and a constant barrage of phone calls and letters, some supportive and some ranting insanity. As this was going on, James Herrmann continued to try to get to the bottom of it all, even going as far as to have monitoring equipment set up in his basement to test for vibrations, but to no avail. Some reporters who entered the residence were surprised to witness all manner of strange things, including one who had the flashbulbs of his camera explode. Robert Zider, a physicist from Long Island’s Brookhaven National Laboratory, also came to investigate, and came away with the theory that underground streams were creating some sort of “freak magnetic field.” 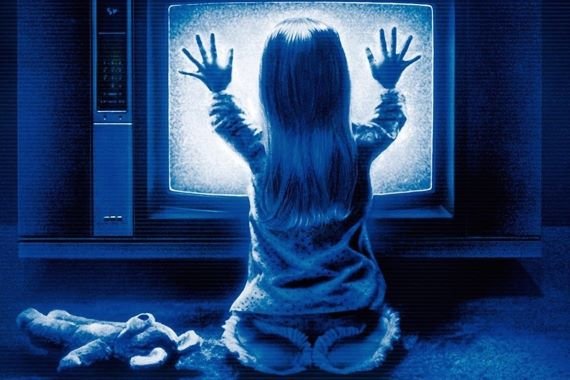 Detective Tozzi, who was still on the case and completely baffled by it all, contacted a researcher by the name of Dr. J.B. Rhine, from the Parapsychology Laboratory at Duke University, North Carolina. He came to the conclusion that someone in the house was perhaps at the root of it all, perhaps lashing out with psychokinetic energy to cause the disturbances. They deduced that it was most likely the son, Jimmy, who was present in the vast majority of the incidents, was the source. A Dr. Pratt spent a lot of time with Jimmy talking to him and playing games with him, during which times the phenomena would virtually cease. The team came away with the impression that the family was not faking any of it, and that Jimmy was perhaps unwillingly and unknowingly affecting his surroundings through a phenomenon known as “recurrent spontaneous psychokinesis,” or RSPK, in which a person manifests seemingly ghostly activity solely through the power of their mind, mostly unknown to them.

As all of this was going on, television crews managed to gain an audience at the home and televised some of the strange goings on at the Herrmann household, making Popper one of the first televised hauntings. The Herrmann family just wanted to be done with all of this and get back to a normal life, and they would, as in August of 1958 all of the weird occurrences that had gripped the imagination of the nation would just suddenly cease for no discernible reason. The case of Popper the Poltergeist has gone on to be quite the conundrum, never adequately explained, and it is said to be the inspiration for the movie Poltergeist. As to what might have been behind it all, Lucille Herrmann has said, “I don’t think there is a definite solution. It was just one of those things with no rhyme or reason to it. But there was a definite physical force behind it.” In the end it has never really been fully explained, and we are left to wonder just what went on here. Was this some kind of paranormal activity or something else? No one knows, and the mystery of Popper the Poltergeist has lived on.

More on Monoliths: And More on Mars