The Mysterious Vanishing of Kyle Fleischmann

There is a rather sobering number of people throughout history who have just dropped off the face of the earth to vanish and never be seen again. In every case these mysterious people leave behind myriad questions and clues but few answers, and in quite few cases these people were well-adjusted men or women from upstanding backgrounds and with no recognizable reason for why they should just evaporate. One of these is surely a young, successful, and educated man from a good family and with no enemies, who nevertheless walked out of a bar into the night to never be seen again.

In 2007 the family of 24-year-old Kyle Fleischmann was undergoing a bit of turmoil. Kyle’s mother, Barbara, had just been diagnosed with breast cancer, and in an effort to cheer her up on November 8, 2007, Kyle, his sister Noel, and best friend Daniel took her out to a stand-up comedy show. After this, Kyle and Daniel went to go have a few drinks at a place called the Buckhead Saloon, in downtown Charlotte, North Carolina. It was a popular bar and was fairly packed that evening, with them meeting up with several other friends there. At some point during the evening, he said goodbye to the group and headed home on his own in the early morning hours of the 9th, going on to vanish into thin air and become one of the most perplexing missing persons cases in North Carolina history.

The next day, Kyle did not show up for work, his car was still parked at his friend’s house where he had left it, and when, all efforts to contact him failed, the authorities were notified. They began trying to patch together what had happened after Kyle had left that bar. A look at surveillance footage from the night before showed that he had indeed left the bar alone at 2:20 AM, after which he could be seen talking to a woman who his friends claim he had met inside. Oddly, it was found that he had left his coat and debit card inside the bar, but even though it was quite a chilly evening he had never gone back in to get it. He had then gone to a pizza restaurant called Fuel Pizza just down the block. During this time, he made several seemingly random calls on his cell phone to his father, sister, best friend and roommate, as well as oddly a business that he had been to earlier that day, but did not leave any messages. He then apparently ordered two slices of pizza, but employees could not remember actually seeing him leave the establishment. At this time, he apparently made around 8 phone calls in quick succession, in every instance hanging up before the phone had really rung long enough for anyone to reasonably answer. After this, his movements become unclear, and the last time anyone saw him was a cab driver who claims he saw the missing man walking down North Davidson Street at 3:25 AM, which was about a 20-minute walk from where he had started. His last call was made at 3:38 AM and he then seems to have just kept on walking right off the face of the earth.

It would turn out that several of his friends and family had tried to call him back during this time, but were taken directly to voicemail, and after that the phone either went dead or was turned off at 4 AM to never be turned back on. Despite the fact that he only had an estimated $6 in cash on him, there was oddly no bank activity on his account and he never did go back to get his debt card from the bar. An intensive search turned up no new leads, and although tracker dogs managed to trace his scent to a construction site near where he was last seen, they were not able to pursue it any further. Oddly, the route the dogs took led them to the pizza restaurant along the way and then in a confusing, wandering path in loops around the area, almost as if the missing man had been lost or trying to maybe lose someone following him.

There were some rather ominous clues turned up during the investigation. One is that the last time Kyle’s phone was used was in the vicinity of a place called Cordelia Park, which is apparently a very rough area of town known as a haunt of drug dealers and gang members and a place where the young, clean cut man would have stuck out like a sore thumb at that hour. It is unclear if he had found himself there on purpose or had wandered there by accident, but either way it was probably a place he should not have been in and which he should have known better than to approach late at night. It is also strange in that the park itself is an estimated 35-to-40-minute walk from the bar, so why would he walk so far out of his way in chilly weather without his coat? No one knows. The park is so dangerous that authorities were wary of even bringing their sniffer dogs through, and apparently they came across a homeless man who claimed to have seen gang members kill someone matching Kyle’s description on the evening in question.

The case after that went completely cold, and in later years there would be reported a stench coming from the construction area, but a full search of it never turned up anything. It has since been built up into condos and rather strangely the official search documents have been sealed to the public. Interestingly, the FBI has also sealed the case, and here is where we get into a strange realm of opaqueness on the part of authorities. Indeed, there has been very little further official information released about the disappearance, and much of this is not clear to begin with. For instance, reports on the case often give conflicting information on how Kyle was separated from his friends at the bar and even what he did for a living, as well as numerous other details that are often contradictory depending on the report. The site True Noir has said of this:

What did Kyle do for a living, and why is there misinformation surrounding some of the basic facts about Kyle? Why haven’t police issued statements to clarify details? Why haven’t police attempted to renew interest in the case? As for the lackluster narrative and exposition by the authorities, perhaps, this is partly because Kyle was an adult who could have willfully disappeared (initially at least). However, authorities have made few attempts at clarifying, releasing, or providing information to the public in this case. 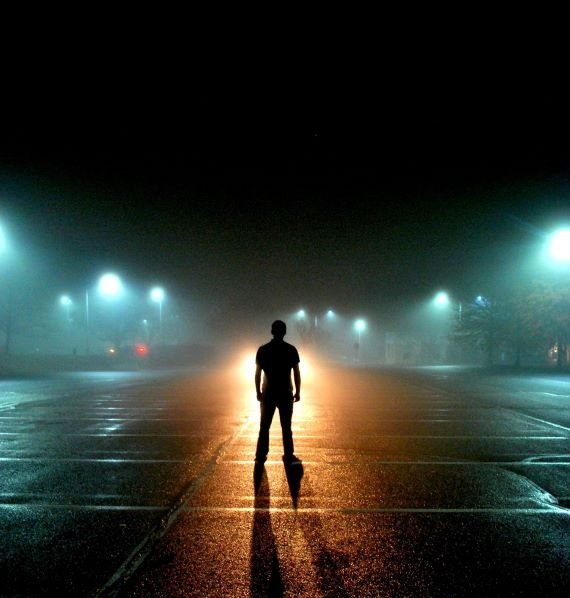 Why is there so much obfuscation on the part of authorities? Whatever the case may be, we are left with the big question of: what happened to Kyle Fleischmann? His family and friends say it is highly unlikely that he would run away and leave his life behind without saying anything. His mother and him had been very close, and he had been determined to help her beat her cancer. He was described as a very responsible, loving person not inclined to just leave behind family or responsibilities, and he also had no known substance abuse problems, no known enemies, and was by all accounts an amiable young man who everyone liked. The most popular theory is that in his inebriated state he had gotten confused and ended up at that park in the wrong part of town, where he was killed by drug dealers or gangsters, and buried, very likely at that construction site, according to his family. So was he just the victim of a random street crime, or is there more to this? There is no way to know, there have been no new leads or tips, and Kyle Fleischmann has never been seen again, another person who has managed to just disappear into nothingness.

A Controversial, Secret Project and a Grim History