The Sinister Story of the Cursed Flight Number 191

Throughout history humans have been obsessed with numbers, trying to glean meaning from them and assigning them significance. There have been lucky and unlucky numbers throughout cultures. For instance, in China the number "8" is extremely lucky, as it signifies eternity. On the flip side is the maligned number "13" in many Western countries, and in Japan it is the number "4," which translates to the word "shi," meaning death. Humans have constantly tried to find meaning in numbers, which has led to the whole field of numerology, or the belief in the mystical relationship between a number and one or more coinciding events, and in some cases these numbers can be hard to ignore. One pattern of what seems to be a cursed or unlucky number has popped up with a string of tragic airline disasters, all of which revolve around a mysterious flight number, that of "191," which seems to spell doom.

One of the earlier incidents involving the cursed number 191 was Aeroflot Flight 191, a Soviet domestic passenger flight carrying 43 passengers, which on March 5, 1963 was on its way from Vnukovo International Airport to Ashgabat International Airport, with a scheduled stopover at Turkmenbashi International Airport. After an uneventful flight, as the aircraft came in for a landing at Ashgabat, the weather suddenly and dramatically changed into a raging dust storm, a sudden forecast change that was not related to the crew until it was too late. Even when the information was relayed to the pilot, the storm had reached a stage in which it severely interfered with communications, as well as causing the radio compass and the flight’s non-directional beacon to go haywire. The plane tried to land anyway, but strong winds caused it to spectacularly crash along the runway, ultimately killing 8 crew and 4 passengers, leaving the rest lucky to have escaped with their lives. It seems to have been just a tragic accident, yet in later years many other air disasters would start to display the flight number 191 to an unsettling degree. 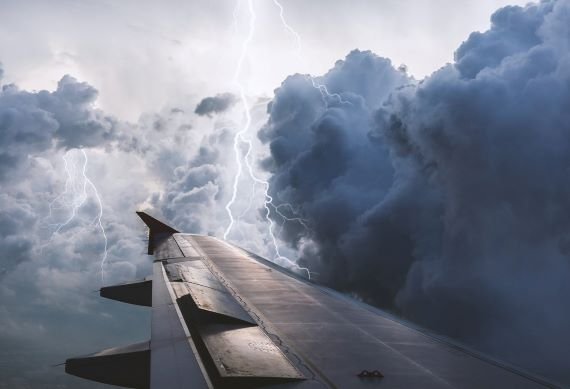 In the same decade we have X-15 Flight 191, which was a test flight of the North American X-15 experimental aircraft carried out on November 15, 1967. The plane was piloted by a Michael J. Adams, and took off from underneath the wing of NB-52B mothership over Delamar Dry Lake, in Lincoln County, Nevada. During the flight, there were several electrical disturbances and degraded control of the aircraft, causing Adams to comment to mission control that the handling seemed “squirrely.” Soon after this transmission the aircraft began to spin out of control to break up and crash, killing the pilot and destroying the plane just minutes into its flight. The cause of the crash would later be officially determined to have been due to the combination of distraction, misinterpretation of his instrumentation display, and possible vertigo, in addition to the mysterious electrical disturbance Adams had reported. Of course this was an experimental flight, and it might be expected that something might go wrong, but that number 191 hangs over it.

Moving into the 1970s, there is the tragic story of Prinair Flight 191, which on June 24, 1972 was on a flight from Luis Muñoz Marín International Airport in San Juan, Puerto Rico, to Mercedita Airport in Ponce, Puerto Rico. The flight was piloted by an experienced Captain Donald Price and was pretty routine at first, with trouble only brewing as it attempted to land. As they came in there was a heavy fog that drifted in, and at some point the pilot veered the plane as if avoiding something, which caused it to lose control and crash, killing five people and injuring 15, seven of them quite seriously. Officials would say that the crash had been caused by an unauthorized vehicle parked on the runway, although a later investigation could find no evidence of such a vehicle, making it all very mysterious indeed.

In 1979 we have the tragic story of American Airlines Flight 191, which on May 25, 1979 was on a regularly scheduled, routine flight from O'Hare International Airport in Chicago, Illinois, to Los Angeles International Airport in Los Angeles, California, with 258 passengers and 13 crew on board. Just several minutes after taking off, the left engine somehow detached from the aircraft, sending it into a death spiral that would cause it to horrifically crash to kill all on board, as well as two people on the ground, making it the deadliest aviation disaster in United States history. Curiously, the disaster happened after a man named David Booth claimed to have had prophetic premonitions of the plane crashing.

Going into the 1980s the curse continues, with Delta Air Lines Flight 191. The passenger fight departed from Fort Lauderdale, Florida on its way to Los Angeles, California on August 2, 1985, with a scheduled stop at Dallas/Fort Worth International Airport. Along the way, the plane deviated from ominous weather near the Gulf Coast. The flight pushed through a lightning flecked thunderstorm and went about trying to land at Dallas/Fort Worth, but the weather had become very fierce by this time, and a powerful ground level wind called a microburst caused the plane to crash, killing 137 people, including 128 of the 152 passengers and eight of the 11 crew, making it the second-highest death toll of any aviation accident involving a Lockheed L-1011 aircraft in history.

Even more recent still is the doomed Comair Flight 5191, marketed as Delta Connection Flight 519, a passenger flight which on August 27, 2006 was attempting to take off from Blue Grass Airport in Fayette County, Kentucky, when disaster struck. Pilots noticed that the runway lights were not on, yet continued on schedule, not realizing that they had mistakenly tried to take-off from runway 26 rather than runway 22, which was a problem since runway 26 was not long enough to accommodate their aircraft. They found this out the hard way when the plane spectacularly ran off the end of the runway to go briefly airborne and then slam into the ground at high speed, tearing off the tail end and killing 49 of the 50 people on board. 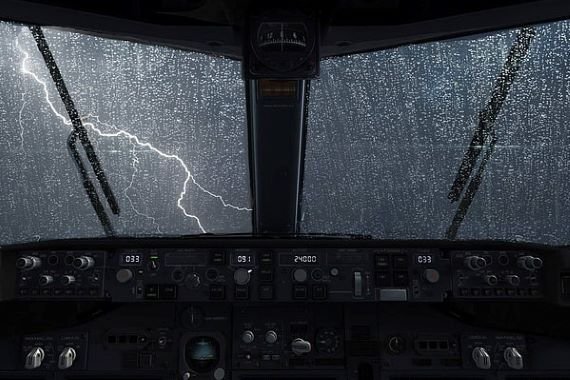 Finally, we have the strange story of JetBlue Flight 191, which was flying from New York to Las Vegas on March 27, 2012.  At some point during the flight, the pilot, a Captain Clayton Osbon, began to display erratic behavior, which culminated with him exploding into a rage-filled rant about terrorists and the 9/11 attacks, apparently shouting to his co-pilot “We need to take a leap of faith. We’re not going to Vegas. And I can’t be held responsible when this plane crashes.” He then turned off the radios, dimmed the cabin lights, and went streaking off into the cabin screaming at the top of his lungs and giving a nonsensical sermon to the frightened passengers. So unruly and crazed was he that First Officer Jason Dowd would physically lock him out of the cockpit, after which the out-of-control captain was restrained by passengers and the flight was diverted to Amarillo, Texas. The plane would fortunately land safely without any deaths, and Osbon was taken into custody. The verdict was that he had fallen victim to some unspecified mental breakdown, but what exactly caused this remains a mystery. He would be found not guilty by reason of insanity, but would never fly again.

These are all certainly sad and tragic incidents, all tied together in that they involved aircraft and the number "191." Is this just reading too much into things, assigning a number to all of the death and carnage? The thing is that air travel is actually remarkably safe, so how likely is it that so many planes with the flight number 191 would have so many seemingly freak accidents? Coincidence or not? Whatever you may think, it is still pretty curious, and cursed or not it might put you off getting on a flight with the number 191 in it.

The Nature of the Beast: Yeti, Sasquatch, Almasty and Orang Pendek