The Strange Story of Randy Quaid and the Star Whackers

The American actor known as Randy Quaid at one time had quite the success story. The brother of actor Dennis Quaid, he managed to step out from behind his brother’s shadow by appearing in numerous well-received films, including the National Lampoon Vacation series, Midnight Express, A Streetcar Named Desire, Elvis, Independence Day, The Last Detail, for which he would win an Academy Award, BAFTA Award and a Golden Globe Award, Brokeback Mountain, for which he earned an Academy Award nomination, and many others. He has become such a big name that there are many who might not even realize that his personal life has sort of derailed in recent years, and he has managed to spiral down a bizarre rabbit hole of conspiracies and an international cabal of assassins purportedly hellbent on taking out celebrities.

Quaid’s woes began back in 2009, when he and his wife, photographer, filmmaker, and former model Evi Quaid, began having some issues. At the time Quaid’s star had been somewhat fading, and he lost some friends in quick succession, including actor David Carradine and Quaid’s Brokeback Mountain co-star Heath Ledger. They were also having some tough financial times, and it is perhaps this that kick started their devolution into a morass of weird and unlawful behavior. In 2009, Quaid and his wife were arrested on charges of defrauding a posh hotel in Santa Barbara, California with an invalid credit card, and although they were released on bail they evaded appearing in court and gathered warrants for their arrest. They would eventually be convicted of misdemeanor fraud and put on probation. At around this time Quaid would claim that his royalty checks were being intercepted in the mail by unknown parties, and Quaid began showing some bizarre behavior, such as showing up to a play in a penis costume and physically and verbally abusing his fellow performers, which got him kicked out and banned from the Actors’ Equity Association for life. Evi also got into trouble for sending members of the production staff photographs of herself lying naked on a bed holding a pistol. In 2010 the two were charged with burglary after squatting and also allegedly trashing a vacant home they had once owned in Montecito, California, which they claimed had been unlawfully taken from them through a fake signature. Things would only get worse from there.

Evi Quaid began to suspect that all of this stuff was happening to them because they were being willfully targeted by someone, and from here her and Randy would begin to conjure up their elaborate conspiracy theory that there was a secret organization out to assassinate celebrities, which they called the “Hollywood Star Whackers.” This group was blamed for not only their legal woes, but they also cited as evidence the suspicious deaths of David Carradine and Heath Ledger. Carradine was found dead in a Bangkok hotel in June of 2009 during a film shoot, his body naked and hanging from a rope in the closet. Although it was largely pronounced a suicide, two separate autopsies showed evidence that this was not suicide, but rather a botched attempt at autoerotic asphyxiation. According to the Quaids, it was murder. Ledger was found dead in January of 2008 by his housekeeper at his Manhattan flat, and his death was ruled as "the result of acute intoxication by the combined effects of oxycodone, hydrocodone, diazepam, temazepam, alprazolam and doxylamine." The Quaids think it was obviously an assassination. There were also other mysterious deaths of those close to them, and they came to the conclusion that they were next, with Evi Quaid saying in an interview:

Hollywood is murdering its movie stars. Randy has known eight close friends murdered in odd, strange manners. ... We feel that we're next. We’re running for our lives. They’re tracking us. They’re hunting us. It’s really happening. They’ve got us in a spiral.

These sinister Star Whackers were said to be a nefarious group made up of various people in the Hollywood elite, as well as lawyers, estate planners, and accountants, all operating in the shadows to sabotage the lives of celebrities and eventually kill them in such a way as to seem like accidents or suicide. They would also list Michael Jackson as a hit job and point out such stars as Britney Spears, Lindsay Lohan, Jeremy Piven, and Susan Sarandon as other potential targets for orchestrated hits, and the Quaids became so paranoid they they refused to go eat at restaurants, stopped using cell phones and credit cards and fell off the grid, convinced that they were being constantly followed and that their phones were bugged. 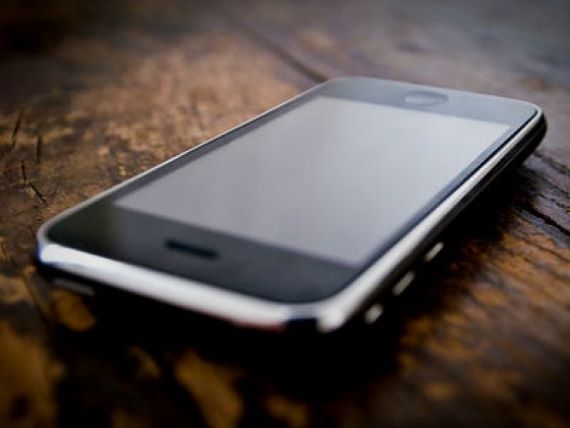 They became recluses and eventually seeking to escape to Canada in 2010, calling themselves “refugees” and seeking asylum protections under the Canadian Immigration and Refugee Protection Act. They stated to Canadian officials that they were being pursued by the Star Whackers and that staying in the states they were as good as dead, to be sent back tantamount to a death sentence. They were at first arrested for outstanding warrants they had in the States, after which Evi was granted Canadian citizenship in 2011 but Randy was never able to follow suit. Nevertheless, he took up residence in Montreal illegally, failing to declare himself as a non-resident, and in the meantime his passport was revoked, also the work of the Star Whackers, he insists. He eventually faced deportation charges, and he and his wife went across the border to Vermont, where they were arrested. The couple still lives in Vermont, and have in recent years made a docu-drama of their wild ideas and the Star Whackers in a movie entitled simply Star Whackers, which has not faired very well critically. Vancouver Sun film critic Peter Bernie called it “drugged-out dreck,” and does not mince words when he says of it:

Spouting Shakespeare as he stands in a full-length fur coat with penis hanging out, Quaid must compete with a howling wind. Falstaff he ain’t, especially when the coat comes off and we’re left to watch naked nuttiness signifying nothing.

What in the world? What was going on here, and is there any truth to their claims? Is there some insidious cabal trying to assassinate Hollywood stars, and if so who are they targeting and why? Is there any truth to this or is this just the ravings of a wild imagination? The Quaids have continued to insist that it is all true, and we are left to wonder just what is going on. No matter what the case may be, it is certainly an odd little tale, and entertaining at the very least.

From Mysterious Monoliths to Strange Spheres: Wanting to be Seen?