The Strange Unsolved Mystery of the 8-Day Bride

A marriage and a honeymoon should be happy times, indeed this is usually one of the happiest times in a person's life. Meeting, falling in love, dreaming of the future together, for many it doesn't get any better. Yet, sometimes things don't go quite as planned, dreams are dashed, and it all unravels. There can be few occasions in which it has unraveled quite so spectacularly as the story of two star-crossed lovers who went on a peaceful honeymoon to a secluded cottage, only to have it all devolve into madness, conspiracies, strange events, and a mysterious death that has gone unsolved to this day.

It all began happily enough. In 1947, a 22-year old Toronto woman by the name of Christina Macon was in love. She had met war veteran John Ray Kettlewell, called Jack by pretty much everyone, 3 years previously and the two had had a whirlwind romance that had now come to talk of marriage, yet the fact that her parents opposed to the whole relationship from the start presented a bit of a hurdle to overcome. After trying to change her parents’ minds and failing, the two decided to let their love be the guide, deciding to get married anyway. Christina then ran away from her family and her job to elope with John on May 12, 1947, after which they went off on their honeymoon. Oddly, they did not depart alone, as Jack’s best friend, a professional ballroom dancer by the name of Ronald Barrie tagged along. Indeed, Barrie was often with the couple wherever they went, something that had disturbed and creeped out Christina’s family, with her sister later saying, “When Jack and Christina got married, we thought it was very strange that Barrie went along on the honeymoon. That’s what made us wonder if Ronnie was also in love with Chris.” 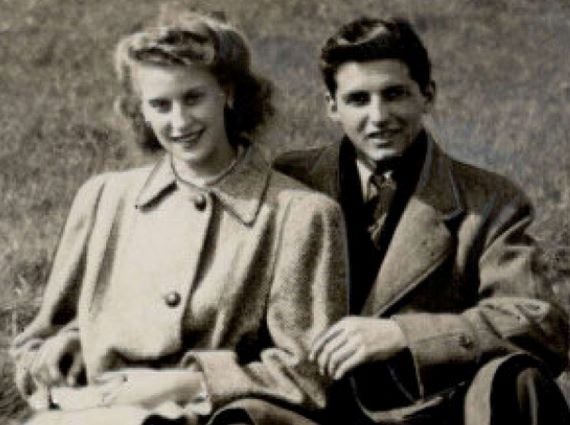 No matter what the family thought, or how creepy it might seem to most, for Christina and Jack it was normal business as usual, and after spending a few days at an apartment in Toronto they headed out to a wilderness cottage Barrie owned in Severn Falls, Ontario on May 17 with Barrie in tow for reasons only known to them. The cottage was so remote that it could only be reached by boat, but it might have seemed quaint and romantic if it weren’t for the fact that Jack’s friend was creepily never far away, always hanging about, as well as the strange events that would begin to play out. It started with Christina acting very strangely and out of character, sometimes going into a bizarre, dazed state, and other times throwing fits of hysterics or crying for no reason. This was already fairly strange, but on May 20th things would get even weirder.

On this day, Barrie left the couple alone in order to go out and do some sunbathing at the river side. He would claim that when he left John and Christina had seemed to be in good spirits and acting normally. There was no reason at all to think that it wouldn’t be just another peaceful day, yet when Barrie returned the cottage was on fire. He frantically searched the premises for his friends and found Jack just calmly sitting in the living room as if nothing was happening, even as the blaze spread around them. A closer inspection showed that he had sustained a head wound and seemed to be in some sort of dazed, disorientated stupor. Barrie asked where Christina was, but Jack didn’t seem to be able to respond, and a full search of the steadily burning cottage turned up no sign of her. Barrie then got Jack to the hospital, where it was found that he had a head wound, minor burns, and signs of drugs in his system. By the time authorities reached the scene of the blaze the cottage had almost completely burned down, yet there was still no sign of Christina. Police scoured the area looking for her, but there was no trace, as if she had just disappeared into thin air.

It would not be until 3 days later that her fate would be known, when her dead body was discovered lying face down in a shallow pool at the river by a boathouse owner named Neville Sweet. She was was found just 150 feet from the cottage, dressed in floral-patterned pajamas, and her body seemed to be in a pristine state, showing no signs of burns from the fire and no outward signs of injury or violence. An autopsy would turn up no drugs in her system except trace amounts of codeine, and the official cause of death was given as drowning, but how had this happened? What had happened to Jack and Christine in the time between when Barrie left that cottage and came back to find Jack wounded and dazed and the cottage on fire? How had Christina gotten out in her pajamas to end up dead in that river? Even stranger, why is it that one of the men who had tried to put out the fire would later report that he had passed that same area of the river earlier and seen no body? Had she just wandered around the woods for a while before somehow ending up dead? No one knew, and it was about to get even more confusing, and indeed more sinister. 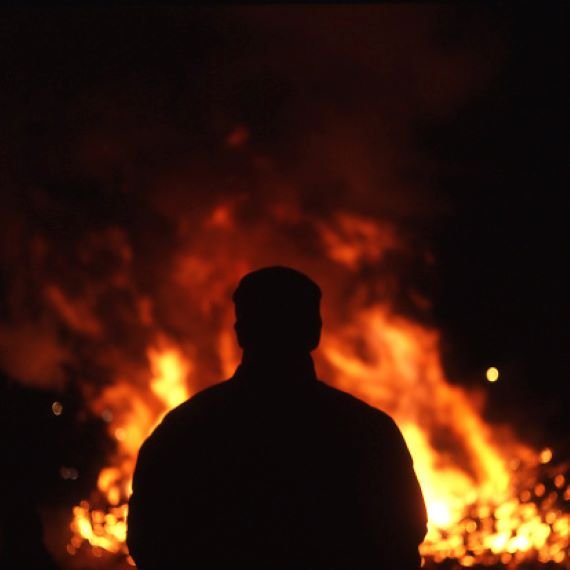 A full investigation of the incident began, and an inquest was launched to decide if there had been foul play involved, which drew a great amount of media attention and publicity at the time, and would also turn up a lot of strange things. It was found that Jack himself had no real memory of that day, perhaps due to his head injury, and in the end most of the scrutiny fell directly on Ronald Barrie. There were quite a few suspicious things that turned up about Barrie during the inquest. For one, he was the beneficiary of two life insurance policies for both Christina and Jack worth $5,000 each, a substantial amount of money at the time, and what’s more, the policies offered a double payout if there was an accidental death involved. On top of this, Barrie had taken out a good deal of insurance on the cottage, an expensive engagement ring worth a lot of money had never been found, and Jack had listed Barrie as the main beneficiary of his will. It really looks pretty ominous in light of Jack being found drugged and dazed in a burning cottage and Christina found dead by apparent drowning, as it sure does seem that Ronald Barrie stood to have made a whole heap of money if she had died accidentally and Jack had also gone down with the house. But wait, it all gets stranger still.

Jack would also claim to have had an illicit affair with Barrie, only later to recant the admission and claim that he had been coerced into saying it. There were also produced suicide notes allegedly written by Christina before the elopement and judged by experts to be in her handwriting, in which she expressed wanting to die rather than lose Jack to another woman. The notes had been written to Barrie back in April of that year, but this was all news to Jack himself, meaning that his friend had kept this information secret from him. Another note was even eerier, as it was written just a day before her disappearance and death, addressed to a Mrs. Thomas and explaining her intentions to kill herself. Barrie knew about this note as well, as he was the one who had been tasked with actually sending it, but he did not say anything about this to Jack. Why not? No one really knows.

Indeed, we don’t really know the answers to most of the many questions brought up during the inquest because it was never able to be decided whether foul play had been at work or not. With no concrete evidence to prove this was anything other than a string of accidents, misfortune, and suicide, in the end neither Jack nor Barrie were pursued as possible perpetrators any further and the whole case was dropped. Not everyone was convinced, though, and there was the pervasive opinion that Barrie was behind it all. Even the special Crown counsel at the inquest, a C.P. Hope, minced no words when he described Barrie as “a liar of the most blatant kind whose sinister figure permeates the whole of this tragedy, but whose purpose and design are shrouded in mystery.”

The whole mystery only deepens further when in 1956, Barrie suddenly vanished without a trace, leaving behind a Pekinese dog as a gift for Jack’s then two-year-old son and his new wife. Barrie has never been seen again. Does this have anything to do with the case? It is unknown. Interestingly, Jack never mentioned any of it to his second wife, Sharon, and she had no idea about it until she stumbled across articles on it on microfilm at the library. It is unknown why he never told her and decided to keep it a secret, and he would take it to his grave in 1998.  And that is the frustrating state of this case, a lot of unknowns and very few solid answers. What in the world was going on here? Was this all a simple suicide and accidents as they say, or was there something more nefarious going on? Was this a murder based on some insurance fraud or a love triangle gone awry? What are we to make of all of the strange circumstances and clues orbiting it all? The case of the "Eight Day Bride" has officially be written off for some time, but the myriad oddities involved have managed to convince many that all is not what it seems, and the case continues to be hotly discussed and debated to this day.

Time Travel: From Entertainment to Reality (Maybe!) and More