The Terrifying Haunting and Exorcism of Pat Reading

The phenomenon of demonic possession has been around for centuries. It seems that every so often there will be evil forces that seek to invade our lives and indeed our very bodies for inscrutable reasons we will probably never understand, and which leave us terrified and baffled. Such cases seem to spread out across people from all walks of life, and never cease to be frightening at the very least. One such case comes to us from a quiet suburb in the United States, where a young woman had her relatively normal life turned upside down by something very malevolent.

Our story here begins like many such cases do, with a normal person living what appears to be a normal life. The setting is the town of Litchfield, Connecticut, in the United States, a quaint, sleepy town full of quiet tree-lined streets and rustic historical buildings. It is a safe town with almost zero crime, a peaceful place seemingly far removed from the world of supernatural terror, but in the 1983 strange things began happening to a modest single mother in this quiet town. Pat Reading was a mother with a 6-year-old daughter, who led a fairly nondescript, content life and who had never had any sorts of strange experiences that one could call paranormal. She had no history of mental illness and did not use drugs or drink heavily, yet one day she began experiencing some strange events.

It began innocuously enough. Pat would hear banging on the walls or a sound like someone walking around upstairs even when she knew no one was home. She at first thought that there was an intruder in the house but no one was there, and the phenomena only graduated from there. The banging would continue, emanating from walls, the ceiling, and the floor, sometimes faint and barely audible, but at other times violent and insistent. This would move on to furniture moving by itself, objects flying off of tables, and it would only get worse from there. It got to the point that Pat would feel unseen hands poke, prod, and push her, sometimes hard enough to leave bruises, and the terrified woman had no idea why this was happening or what she should do. Then one morning things would take a turn into horror movie territory.

One morning she woke and was startled to see that her bedsheets covered with blood. It soon became apparent where the blood had come from, as when she looked in a mirror, she could see that her back was covered with cuts and jagged slashes, as if she had been attacked by an animal. She patched her wounds up as best she could, but the next evening the weirdness would continue, when she found herself unable to sleep due to voices whispering from the dark. The attacks would continue to increase in ferocity over the coming weeks, and Pat claims that there was an incident in which the unseen entity had ripped hair from her scalp, another in which something had left bite marks up and down her arms and legs, and still another in which she says she was flung across the room. She would also have episodes at all hours of the day during which she would suddenly start screaming as if in pain and jerk around uncontrollably, which scared her daughter and would pass to leave Pat with no memory of what had happened. Her daughter, Michelle, would in later years say of this:

She'd scream, she'd jerk backward, I'd turn around and she'd be in pain. Of course, she would panic, she would cry, she was shocked. When you see the person that you love, that gave birth to you and took care of you … and then you see her being attacked by something invisible, so heinous and so disgusting, I mean, it really is a disgusting situation and you will do anything to stop it. 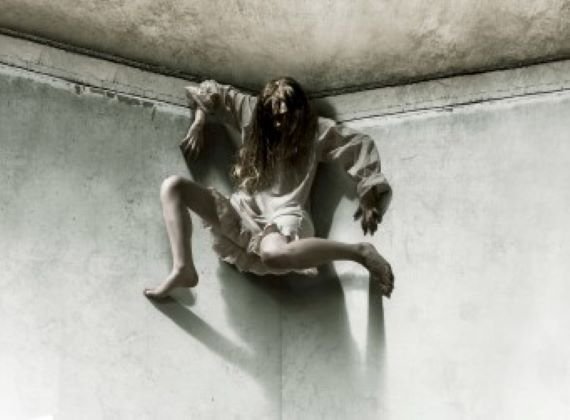 She would also find herself getting agitated or enraged at minor things, sometimes flying into almost feral rages that she could not explain. She went to a psychiatrist under the impression that she was losing her mind and having some kind of psychotic break, but they could find nothing wrong with her. A medical check also showed her to have no underlying issues that could explain what was going on, and Pat, who had never had any interest at all in the occult or paranormal, was by this time convinced that not only was her house haunted, but that there was a demon attempting to possess her. Paranormal researcher John Zaffis, who personally investigated the case and wrote a book on it titled The Struggle Within, would say of it:

She was found to have no psychosis. There was nothing wrong with her. She was not a drinker. She was not an alcoholic. Nothing like that. Medically, physically, everything had been ruled out and … that's when a decision had to be made. And that's when, actually, we had the Roman Catholic Church involved. 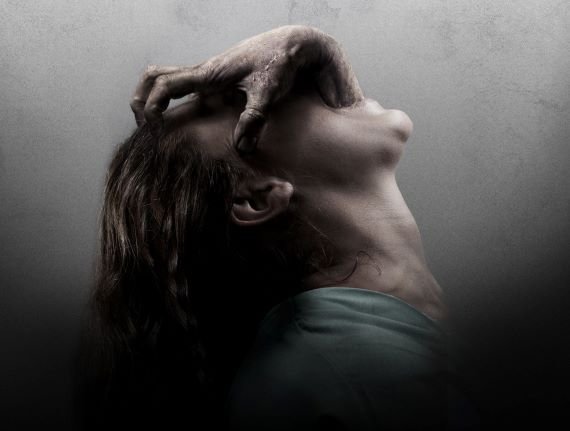 Over the course of two weeks, local bishops would perform a total of 16 exorcisms on Pat Reading, during which time the woman became so violent that she had to be tied down. Yet, none of these attempts to drive the demons out seem to have worked, and indeed she reportedly suffered from this supernatural menace right up until her death from colon cancer years later. Zaffis would later find that the house where Reading had lived was rumored to have been haunted since long before she had moved in, and he was left stunned by the ferocity of the paranormal attacks and the total ineffectiveness of the exorcisms that had been performed. He has come to the conclusion that she is what he calls a “soul victim,” described as a person of pure heart who attracts malevolent spiritual attachments. He explains of this:

We have what we call soul victims, if you will, purely innocent individuals that have never had any exposure to paranormal stuff whatsoever, and during the course of their life they just fall victim, in the right place at the right time, and things could just occur. And I think that's what kind of happened with Patty.

Is that what was happening here or is it something else? What sort of dark forces were drawn to this unassuming woman and why? Why is it that exorcisms failed to do any good at all? Or was this nothing more than imagined fantasy and psychosis? As with other exorcism cases we are left to wonder just what was going on here. Is this a phenomena of the mind, or of dark forces beyond our comprehension? We are left to speculate and debate it all.

A Lake Monster Not Quite so Famous as Nessie: But Intriguing!