It was the summer of 1975, and Air Force Sergeant Charles L. Moody was at the time stationed at Holloman air force base near Alamogordo, New Mexico. On August 13th, Moody took a drive out into the surrounding desert on his day off, planning to watch a meteor shower that he had been reading about and which was scheduled to hit that night. He drove out to a secluded area that he had never been to before, far away from the lights of the base and surrounded by the sounds of the desert night, where the sky was clear and black, the stars spread out like diamond dust upon a swath of black velvet and stopped his car to wait for the celestial show to start. Little did he know at the time that he was about to see far more than just meteors out there in that wasteland moonscape. And so we delve into a strange case with a very reliable witness, which has managed to evade all rational explanations.

At around 1:15 AM, Moody’s attention was drawn from the sea of stars to rest on a rather strange sight above. Travelling across the sky was what appeared to be a metallic craft of some sort, disc-shaped, faintly illuminated, and measuring around 50 feet in diameter and 18 feet thick at the center. He was familiar with all types of aircraft but this was not something he recognized, and as he stared on in puzzlement the object began to rapidly descend to around 15 to 20 feet off of the ground, where it hovered silently for a moment before approaching the awestruck Moody. As it came closer, Moody could then make out that it wasn’t silent at all, but rather emanated a bizarre high-pitched buzzing whine or hum, that reverberated through his body and spread out to stoke a deep and irrational fear within him. As the mysterious craft approached, he recoiled away and scrambled into his car in a dazed panic, further fueled by the fact that he could see dark humanoid shapes moving around in the glow of a window on the craft’s side. Who were they and what did they want? Moody did not intend to stick around to find out.

As he fumbled with starting the car, Moody could sense that his limbs were becoming heavy and somewhat numb, which only further alarmed him, and then that high pitched buzzing abruptly stopped to bring total silence crashing down upon him. He frantically tried to start the car, but it would not turn over, as if something had rendered it in operational. As all of this was happening, the mystery craft had drawn so close that it was practically right in front of the vehicle, where it hovered ominously, but Moody now found that he could barely move. He felt his mind go numb as well, and just as he felt he might lose consciousness the craft was gone and there was nothing but the darkened desert sprawled out around him. It was as if it had just vanished into thin air, and he found his car started normally now. It was all very strange and surreal, and he might have almost been able to think that he had hallucinated it all. However, his ordeal was far from over, and in fact things were about to get even more bizarre.

Moody quickly realized that he had lost about an hour of time that he could not account for, and things got even odder when the next day his back hurt him for no reason he could understand. After this a rash began to break out all over his body, and it was apparent that this likely had something to do with that lost hour of missing time and his experience in the desert. He tried self-hypnosis and other means of trying to dig up any repressed memories he had, which caused things to float up to the surface of his mind in dream-like fragments. 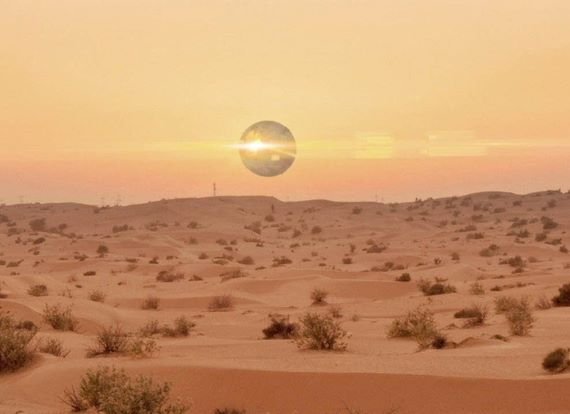 Moody recalled that the UFO had not in fact vanished, but that two tall humanoid beings in skintight black suits had approached his car as he sat there helpless and immobile. The entities had oversized hairless heads, round eyes, small ears and noses, and very thin lips, human-like, yet not quite. As they pulled him out of his car, he felt a surge of panic, and was able to briefly wrest back control of his limbs, ferociously fighting back to punch one of the entities and slam another against the car before his paralysis returned and he was captured. His memory would then jump forward to him lying on some sort of slab, with another being standing next to him, this one shorter than the others and dressed in a white suit of some sort.

He sensed somehow that this was the leader, and it began to communicate with him telepathically, first asking if he was going to behave himself. Moody agreed to not fight anymore, and the creature then used a device to turn down the level of Moody’s paralysis, giving him some control of his body back. He found he was able to walk, after which the being then took him on a tour of the ship. Moody would claim that he was shown a strange machine powered by crystals that was called a “drive unit,” and was told that there was a much larger mothership out above Earth’s orbit, as well as the fact that Earth radar apparently interfered with their navigation equipment. After all of this, the alien explained that there would be no further contact with humans for 20 years and that they would be in touch, before rendering Moody unconscious simply by placing both hands at the sides of his head.

And that is pretty much it, and we are left with a lot of questions. Was any of this true? If so, then why did the aliens even bother? After all, it doesn’t seem like they really did anything other than show him around and tell him some stuff, so why go through all of the effort? It has become a case that has been discussed and debated to this day, despite all of its weirdness, and serves to tantalize the imagination.