“This could be a hugely significant moment in the history of UFOs.”

While the final count is not in yet, there is a general consensus among UFO researchers that the total number of sightings in 2020 is way up, and much of it is due to the worldwide coronavirus pandemic which has kept people home with time on their hands to look up, and a sky that has a reduced amount of conventional aircraft (less flights), pollution (less automobiles) and lights (less office lights, headlights, etc.). Gary Heseltine is one of those researchers and he recently went a step further – in an interview, he said that this increase in sightings is making the public more demanding of answers and more open to the truth about what these UFOs might be – a truth he believes the British government (and others) has been hiding from the public.

“My name is Gary Heseltine and I am a retired Detective Constable. I served in the British Transport police between 1989-2013. Collar number 1877. In January 2002 I launched the database. The database caters for serving and retired officers who have been involved in British UFO police sightings. When I began the database I had a half dozen police reports involving approximately 10 police officers. Now after 13 years of research I have collected over 500 reports dating back to 1901 involving over 1000 police officers.” 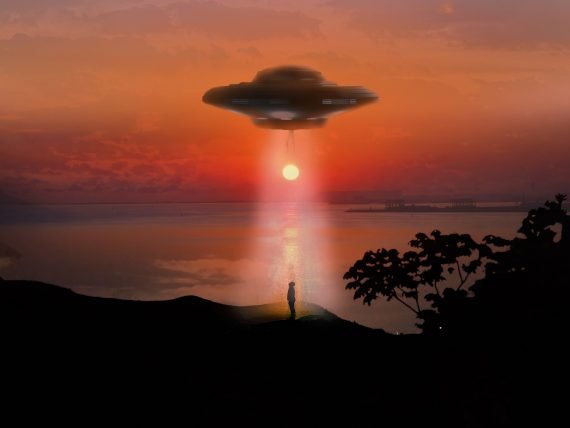 As his website attests, Gary Heseltine is no ordinary UFO researcher. The retired British police officer is the creator manager of the PRUFOS (Police Reporting UFO Sightings) database and the editor of UFO Truth magazine. He collected over 500 UFO reports by police officers both on and off duty by 2015 when this biography was written and has not stopped accumulating them. Nor has he stopped demanding answers from the British government, which stopped keeping an official record of UFO reports in 2009 after 50 years as a function of the Ministry of Defence.

“The coronavirus pandemic has coincided with a 30-year high spike in global UFO sightings.”

In April 2020, The Daily Star was already reporting a significant spike in UFO sightings that has not abated. While many are being attributed to the SpaceX Starlink satellite project, Heseltine points out in his interview with The Sun that this is actually a good thing – it helps reduce the public’s fear of UFOs and UFO reporting. And, while the 1989 spike in sightings was attributed to secret military tests, Heseltine points out that “In over 50 years no UFO report has revealed anything to suggest a military threat to the UK.” Based on that, he issued another demand:

“It’s high time they changed and we had an open attitude to explore the best evidence in the public.”

Like a good ex-cop investigator, Heseltine won’t give up. In 2016 he demanded answers about a UFO encounter on September 17, 2016, over Bristol Channel when a police helicopter belonging to the National Police Air Service (NPAS) in South Wales photographed a glowing orb using an infrared camera set to pick up heat-emitting objects. Heseltine submitted Freedom of Information Requests for flight maps and audio from the helicopter and, when he was ignored, went to the media. He did the same in 2019 when there was a worldwide increase in sightings of snake-like UFOs. Now he’s doing it again.

Researchers like Gary Heseltine are the personification of a never-ending clash of catchphrases: “The truth is out there” from The X-Files, and “You can’t handle the truth!” from “A Few Good Men.” Only in this case, Heseltine is both Fox Mulder and one of the few good men. Let’s hope he succeeds in leading us to the truth.