As for the UFOs that have been witnessed this year, Brooklyn has had the most sightings with 12, while Manhattan is close behind with 11, Queens reported 10, Staten Island had 8 sightings, and the Bronx was less active with just 5 reports.

Two of the most interesting sightings occurred in the Bronx and on Staten Island this past summer. According to the Bronx witness, in the late hours of June 8th, an individual saw 30 objects that were “flying in a perfect line, in perfect synchronicity” and that they “looked like a bunch of moving stars”. This observer made it clear that “I don’t drink, or take any drugs whatsoever. I’m not a UFO conspiracy theorist.” 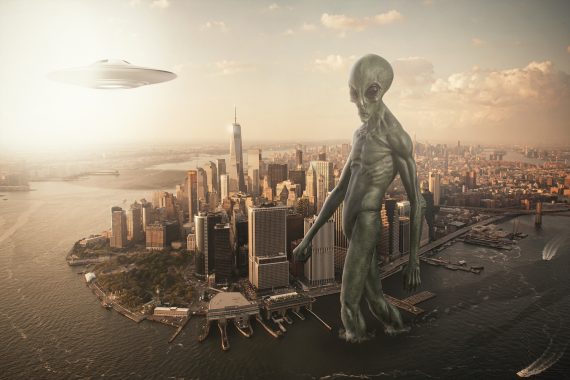 As for the Staten Island sighting, in the early morning hours of July 21st, an individual noticed an “oval” object in the sky that “looked and sounded like a helicopter”. However, the object then “sent a surge of heat/radiation through my body,” the witnessed claimed, adding that they “honestly thought it was the government putting something into the air with everything going on during these times...”

Another report included a person who looked “out the bathroom window of my 2nd floor home” and noticed “orange/metallic” orbs that were “standing still over the Canarsie/Jamaica Bay area,” on the night of September 15th in Brooklyn.

And earlier this year, on February 21st, an individual in Manhattan claimed to have seen six UFOs dancing around the Statue of Liberty.

In an interview with The Post, Peter Davenport who is the director at the National UFO Reporting Center, stated that while the reports are usually lacking quite a few details and the witnesses don’t normally give their names, he has no doubt that they’re telling the truth about their encounters. “I believe we are being visited routinely by these things we call UFOs,” he said. He even revealed that he has had “five sighting experiences”.

When The Post asked him why he thought aliens would want to visit our planet, he responded with, “You are going to have to talk to the aliens. I don’t know what these creatures are up to. What their objective might be in being here.”

I’m not sure why they would want to visit us during these crazy times. With everything going on in 2020, if the alien was smart, it would want to get as far away as possible from this planet.