When Monsters Use Sound to Keep Us Away

You would think that the sight of a fully-grown Bigfoot, or of a snarling Dogman, would be enough to deter us away from them. Sometimes, however, it just doesn't work. Or, it doesn't work enough. On those occasions when sight just won't cut it, certain strange creatures have something else that works very well for them - what we might call built-in weaponry. It comes in the form of nothing less than sound. Acoustics. Noise. Witness testimony has demonstrated that it works against us. I'll begin with the Chupacabra of Puerto Rico, a creature (or creatures) that surfaced in 1995. On my second trek around the island, with film-maker Paul Kimball, our guide Orlando Pla told us something very interesting. Namely, that you could keep a Chupacabra away by whistling at it! That was not all. On my third visit to Puerto Rico, I heard the exact reverse of that scenario. I was told that the Chupacabra - very, very occasionally, and when it felt in total danger - would emit an ear-splitting whistle that could make things feel like a needle pushed into the ear. The result, the targeted person would make a hasty exit. And who could blame them for that? Now, let's look at that aforementioned Dogman - and how it, too, can use sound to affect us and cause us to get the hell out of Dodge.

Puerto Rico, the lair of the whistling Chupacabra (Nick Redfern)

There's no doubt that the Dogman phenomenon is one of the most controversial within the fields of Cryptozoology and the supernatural. Indeed, they seem to blend into both categories. That's something that a lot of mainstream cryptozoologists don't like at all - but, the fact is, that is just how it goes. What makes the Dogmen stand out is that they are covered in hair, they walk on both four and two limbs, and they have wolf-like heads. In other words, they look just like werewolves. Yes, real werewolves. No wonder, then, there's a lot of controversy surrounding the nature of these creatures. I should stress, though, that there are barely any reports of shape-shifting. And of those very few cases on record where there has been alleged shifting, even they are highly questionable. That suggests they are creatures that are wolf-like, and upright most of the time. That brings me up to the matter of sound.

One of the strangest Dogman incidents that came my way occurred in a rancher's field between Austin and San Antonio, Texas in August 2008. In this case, the rancher saw - around 11:00 a.m. on a Monday morning - what at first he thought was a large deer. It was not. As he got closer in his truck, the man became terrified by the sight of a large, upright wolf. As the man watched the beast - from a distance of maybe thirty-feet or forty-feet - he suddenly felt sick. Not from the sight of the nightmarish beast, but because, he said, the creature suddenly stared at him and "fired" (yes, that was his word) a deep humming in his direction. When the sound-wave hit the rancher, he felt suddenly very ill. It was a combination of nausea, dizziness and a sense of something gripping on his arms. Terrified, he struggled to drive away - which he  managed to do and that, as a result, caused the feelings to vanish almost immediately. He was sure, he told me that he had seen "a werewolf." 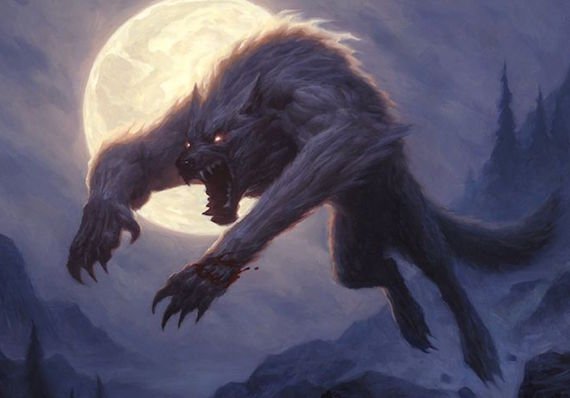 Over at the Sasquatch Clothing Company, there's this fascinating, account: "2013 Ohio Bigfoot Conference speaker Thom Powell talked about this phenomenon during his presentation last Saturday evening at Salt Fork State Park’s lodge. He recalls an incident that occurred while researching where he was 'zapped' by something unseen. His knees turned to jelly and he could no longer stand. He knelt down, and then he laid down on the ground falling asleep. He awoke two hours later still lying in the woods unaware of what had happened. He believes this was an infrasound 'attack' by a Sasquatch."

All of this is very interesting: aside from that whistle of the Chupacabra, it sounds very much like the victims were hit by Infrasound. It's a low frequency phenomenon that can cause havoc in the human nervous-system. The BBC says: "Dr. Richard Wiseman, of Hertfordshire University, UK, believes it is the vibrations of low frequency acoustic waves, felt particularly in the stomach, which may cause the recipient to feel uplifted or create unease depending on the environment in which they are experienced." As the sounds are the key to keeping us - the witnesses - away, it makes me wonder if all of these creatures are somehow interconnected. That's just a theory, but, as I see it, it's not a bad one.