Over the years I've written a number of articles on the "Alien Big Cats." For those who may not know, they're out-of-place cats of the types that should not be roaming around anywhere in the U.K.. And yet, people see them regularly every year. Mostly, people describe them as what are termed "Black Panthers." The fact is, though, there are numerous kinds of ABCs. So, with that said, today I'm going to focus on some of the lesser-known ABCs that have been seen in the U.K. I'll begin with a story that dates back to 2001. As the Daily Mail newspaper said at the time: "Animal handlers spent six hours capturing a wild lynx as it stalked suburban gardens following earlier fears that the creature was a leopard on the loose, it emerged today. A team of handlers from London Zoo, who were called to an address in Cricklewood, north London, were shocked to find a European lynx - a powerful, agile creature about 2ft tall at the shoulders - sitting passively underneath a bush. The lynx was discovered at around 11am on Friday in the garden of session musician Alan Newman and his wife Charlotte. Mr Newman, 72, who has played with the Beatles and the Rolling Stones, said they first spotted it sitting on the low wall surrounding their patio, calmly staring back at them through the kitchen window." That's quite a story and certainly not something that you see every day!

Moving on, how about a lion on the loose? When it comes to big cats in the UK, one controversy that pops up now and again is that surrounding a man named Lew Foley – who died in 2009, but who was somewhat of a legend in the area  in which I grew up. Back in the 1970s, Foley, who lived in the central England town of Cradley Heath, was taken to court for one very unusual and amazing reason: he kept lions in his back garden. Yes, lions. Real lions. The case against Foley was that he was doing so illegally, which he denied, and the whole thing descended into a farce, particularly so when Foley brought into the court-room a professional lion-tamer to help explain why his, Foley’s, “pets” were not a danger to the good folk of England! But here’s the interesting thing: Foley is known to have had in his possession at least five different lions in the 1970s, only four of which can be firmly and fully accounted for. Moreover, Foley spoke openly on a number of occasions concerning his knowledge of various exotic cat owners who secretly released their animals into the wild when the British Government passed new legislation concerning ownership of such animals.

Then there’s the 1980s affair of the "Rossendale Lion," which was investigated by Fortean researcher and author Andy Roberts, and chronicled in his classic book, Cat Flaps, which is essential reading for anyone fascinated by stories of out of place, exotic cats on the loose in the UK. Fourteen-year-old Bury schoolboy Owen Jepson was the first, and one of the very few, people to see the beast: "I just saw its back legs and tail as it jumped over some rushes. The tracks were cat prints. I got books out of the library and decided that it only matched up with a mountain lion,” said Owen. No-one, however, took his sighting seriously – until a number of mysterious sheep killings occurred in the area. The killings took place on the fifty-acre Hawthorn Farm at Whitewell Bottom. 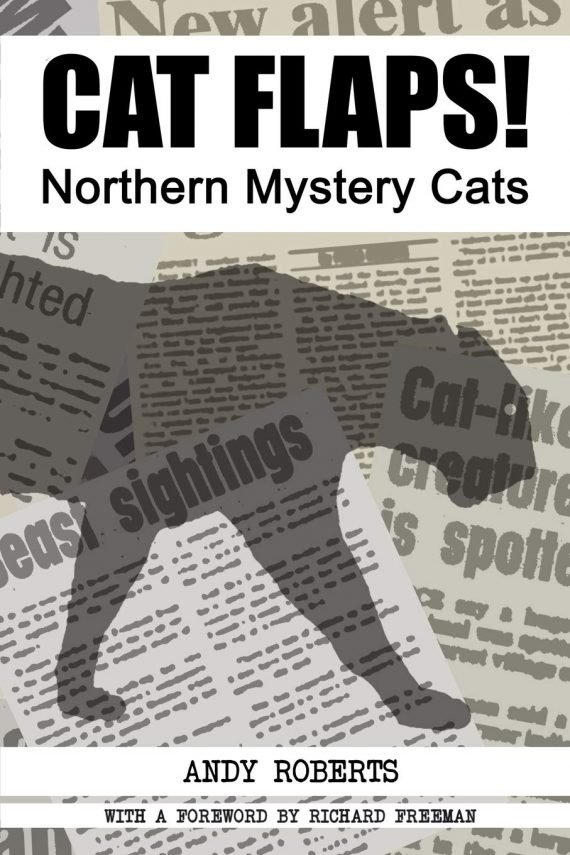 The sheep had had the flesh completely stripped from their carcasses and there was evidence that a cow had been mauled, too. Of course, there’s a huge difference between a mountain lion and how most people visualize a lion: namely, the male, maned African kind. But, that emotive term, "The Rossendale Lion" still, today, provokes comments, memories and imagery of a maned lion charging around the neighbourhood – which is actually very far from what the witnesses were claiming. But, it did result in a lion-legend being born.

Now, let's take trip to May 2020. The Sun newspaper ran an article of a Savannah cat on the loose. The article included the following: "Armed cops swooped after reports of a 'large cat' prowling through a back garden in North London. The hybrid Savannah cat escaped from the garden of a mansion on Billionaires' Row, in leafy Hampstead, it is believed. A picture taken by a local, as the cat stalked around their garden, showed the beast arched up on all fours as if it was ready to pounce on prey. One unnamed resident tweeted the cat escaped from a house in Bishops Avenue, often referred to 'Billionaires' Row' due to the plush properties that line the street. He said: 'Rumours that a wildcat has been spotted on Winnington Road this evening.'" The Savannah Cat turned out to be just a friendly pet.

What all of this demonstrates is that at least some ABCs in the U.K. are genuinely mysterious - in terms of where they came from and what they are. Others are easier to understand. For example, the lynx that was caught in London 19 years ago was friendly and had clearly been around people. An escaped pet? Maybe. The same probably goes for more than a few such cases in the U.K.

New Time-Lapse Simulation Reveals What Our Galaxy Will Look Like in 400,000 Years