A woman who was walking through some allegedly haunted woods in North Wales snapped a photo of what some people are calling the face of a witch. The woods in Llanddona, Anglesey, are a known location where witchcraft and sorcery were practiced several centuries ago.

While Gwen Richards was looking for a footpath, she decided to take some photos of the woods. After she returned home, she was looking through her images and that’s when she noticed the “face of a witch” peering through the trees.

She decided to share the photo to the Images of Anglesey Facebook page where hundreds of people also claimed to have seen the witch face peeking through the trees. Several of the comments included, “Gosh saw the face straight away, with long hair on the right, that's spooky.” “I find the face quite scary. Lovely pic otherwise.” “Saw it straight away, fascinating yet spooky.” One person even claimed to have spotted several witches in the photograph, “Can anyone else see more than one face? I can see another in the eye and another at the bottom of the ‘main face’.” 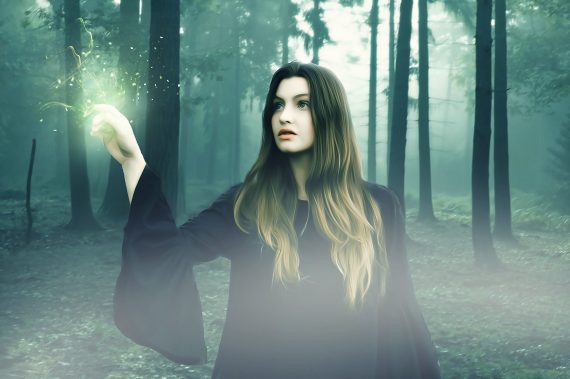 Gwen only realized how significant that area was after several locals informed her that witchcraft and sorcery were practiced there in the 17th century. According to local legend, when a struggling boat made its way to the shore at Red Wharf Bay, the locals from Llanddona were afraid of the men and women who were on board so they forced it back out into the water. One woman, however, jumped onto the shore and hit the sand with a stick which caused a bunch of water to spring upwards and made the locals fall backwards with total fear.

At that point, the locals agreed to let those who were on the boat to stay in the area as long as they lived outside of the village. The men were said to have survived by smuggling, while the women performed witchcraft. In fact, two of the witches from that settlement who are still discussed today were Bella Fawr and Siani Bwt – each allegedly had four thumbs. Interestingly, their settlement was pretty close to where Gwen snapped the witch picture. 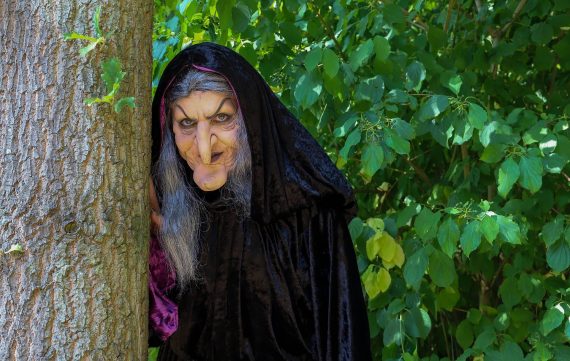 In an interview with North Wales Live, Gwen explained where the face was, “There’s a tree trunk in the background and the path is just to the right of that.” “Just to the right of the tree trunk, the space is taken up with a lot of twigs which look like the hair, and then two dark spots which are the eyes.” “When you can see it, you can’t unsee it.”

Can you see the witch face? The image can be viewed here.

75 Years After Disappearance of the Lost Patrol, Bermuda Triangle Mystery May Be Solved