Aliens, Russians, Drugs, and a UFO Contactee Caught in the Middle

The team at The Anomalist said this yesterday: "Nick Redfern looks at The Strange Adventures of a UFO Contactee: Orfeo Angelucci. Nick tells much of Angelucci's story, and we're wondering if a follow-up will nail down Nick's initial musing about 'carefully stage-managed, manipulated events?'" Well, in response, yes, I can expand on all of this! And I will. While I think Angelucci had some genuine experiences in the mid-1950s, I also think some cases were the work of personnel attached to programs like the CIA's MK-Ultra. In other words, they were stage-managed events provoked by mind-control technology of us, rather than of aliens. The reason is an intriguing one: U.S. Intelligence thought that Angelucci had been recruited as a spy for the Russians. Indeed, a study of Angelucci's life shows that perhaps he was watched clandestinely by several agencies. As he became more adept at public speaking, and more comfortable about discussing his claimed encounters with aliens, Angelucci revealed something disturbingly eye-opening.

It was something that soon had the Feds on Angelucci's tail. According to Angelucci, as his profile as one of the Contactees grew and grew, he found himself approached on several occasions by what he described as a "subversive element." This small group – "foreigners," as he worded it - first approached Angelucci while he was engaged in a series of lectures along the east coast in the 1950s. Regular UFO enthusiasts, they were certainly not. They did their very best to try and encourage Angelucci to suggest to his listeners and readers that his alien comrades were communists. In correspondence with Jim Moseley of Saucer Smear,  Angelucci claimed this group bought him dinner on three occasions and plied him with plentiful amounts of booze, in plush, New York hotels and bars. Angelucci admitted to Moseley that he was "flattered" by the attention, but remained very uneasy about the agenda. Angelucci would later say of this curious affair: “Failing in their desperate attempts to convert me to communism and slant my talks along the Party Line, they invariably defiantly demanded: 'Well, then, just what do you think is wrong with Communism?" 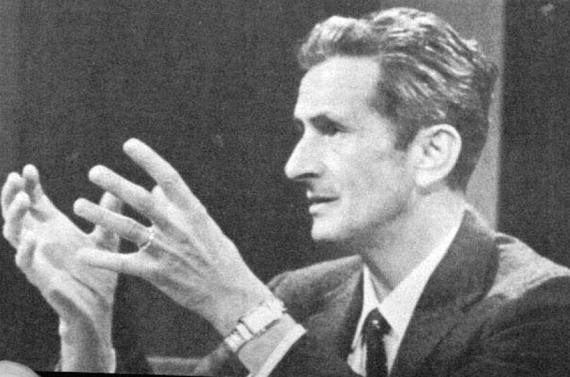 Shortly before Angelucci publicly revealed that a certain "subversive element"” was mixing and stirring left-wing, extremist politics with extraterrestrials, the FBI came knocking on the front-door of the Angelucci home. While we don’t know the full story, we do at least have the bones of it, thanks to the late Jim Moseley. According to what Angelucci told Moseley, a pair of FBI agents visited Angelucci at his Twentynine Palms, California home, telling him they had heard of the actions of this east coast group – from who, though, was something that the FBI was not prepared to reveal. The questions posed to Angelucci were many: How did he first meet the group? Did they give their names? Were they Americans? Did they offer him money to slant his tales down a politically-driven path? The list of questions went on and on.

Angelucci – admittedly scared out of his wits by the fact that the FBI was onto him, even though he hadn’t really done anything wrong – blurted out just about all that he could. The group had first approached him, in an overly friendly fashion, at a lecture in New York, he told the special-agents. No names were ever given to him, but all four were well-dressed, all seemed to be around the forty-mark, and all had overseas accents. No money ever crossed hands. They invited Angelucci to dinner, which he accepted, admittedly intrigued by the prospect of developing new contacts. It was over dinner that the matter of communism surfaced its head. Angelucci, knowing it was useless to try and deceive the FBI, admitted to the G-Men that he listened to what the group had to say about those mysterious characters with a supposed love of communism, but made it very clear that he had no time for the Russians and their way of life.

The tone then became noticeably disturbing, with a suggestion from the mysterious men that things just might become extremely difficult for Angelucci if he didn’t go along with their plans. Angelucci told Moseley that he never really knew what that meant, only that it "upset me" and he quickly left. Angelucci further told the FBI that the same group attended a lecture he gave – also on the East coast – a week or so later. Once again, the conversation began cordially, but certainly did not remain that way: it was filled with threats and worrying innuendo. The four, seemingly by now extremely frustrated by Angelucci’s stubborn stance on politics, abruptly vanished into the night, leaving him decidedly shaken and stirred.

Incredibly, and as time went on, Angelucci wondered if the mysterious group were aliens themselves, human-like beings who were visiting the Earth from a world faraway and with a communist-like government. Had Angelucci chose to step back for a moment, taken a deep breath, and cleared his head, he just might have come to the conclusion that his strange visitors were really from right here on Earth. But, not from the United States. You know from where: Russia. So, with Angelucci in the sights of U.S. government agencies, two things happened: (A) Angelucci was hit by mind-altering chemicals designed to have the man himself reveal all he could about aliens and communism (this was, after all, the Cold War); and (B) even more sophisticated brain-warping technology was used on Angelucci to see if, and to what extent, UFO events could be fabricated. Evidently, such a thing could be achieved. In the 1980s, when Angelucci was an old man, he said that he had come to believe that "a lot of my experiences" came back "through my subconscious in visions."

In the next article I'll expand on the matter of MK-Ultra and how it became the key program in the field of mind-control.