Amber Alerts Issued for ‘Chucky’ and ‘Son of Chucky’ in Texas

If you’re in Texas and you see a strange-looking small person standing by the side of the road and you stop and roll down the window and the doll-like person says he’s your friend to the end, the Texas Department of Public Safety says they’re not responsible for what happens next because the Chucky they were warning you about was a malfunction in their Amber Alert system. If this sounds like the opening to “Child’s Play XVII- Chucky Does Dallas,” you probably don’t live in Texas where a series of Amber Alerts were sent out for a child named Glen (ring a bell?) who was suspected of being kidnapped by his father, a person named Chucky. Really! 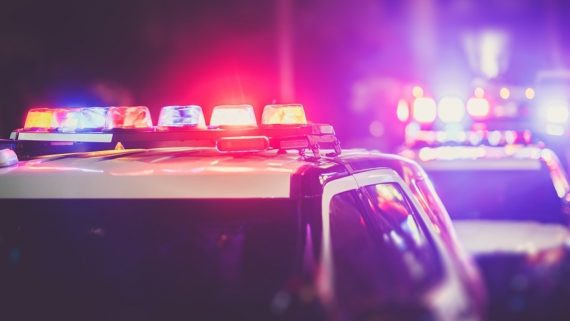 According to KHOU-TV in Houston, the alert listed Glen as an abducted child who is 5 years old, weighs 6 pounds, stands at 2'3", with red, auburn hair and blue eyes, wearing a blue shirt and black collar prior to his disappearance. The suspect, Chucky, is described as being 3 feet tall, weighing 16 pounds, ethnicity ‘doll’, and last seen wearing blue denim overalls with a multi-colored, striped shirt and “wielding a huge kitchen knife.” Amber Alerts with those descriptions were issued three times on the morning of January 28.

Fans of the series will recognize those quotes from “Child’s Play,” the 1988 horror classic that made the murderous Chucky doll famous. (Spoiler alert!) Chucky was possessed by murderer Charles Lee Ray, who eventually ended up in the hands of a 6-year-old named Andy. In “Seed of Chucky,” Chuck and “Bride of Chucky” Tiffany have an equally evil doll son named Glen. Fortunately for everyone (including those who think the series jumped the shark after “Child’s Play 2”), there’s nothing to fear in Henderson, Texas – well, at least not from Chucky or Glen.

"This alert is a result of a test malfunction. We apologize for the confusion this may have caused and are diligently working to ensure this does not happen again."

That would be a terrible movie quote, but it’s actually the statement from the Texas Department of Public Safety after being notified of the strange Amber Alerts. KPRC, another Houston TV station, got more details from Ruben Medina of the Texas DPS.

“Thank you for contacting us. This was actually a test we were running on a dev server and it accidentally went out. We appreciate you reaching out to us to verify this. We do apologize for this inconvenience (to) you.”

Ironically, the AMBER Alert System began in Dallas-Fort Worth. AMBER stands for America’s Missing: Broadcast Emergency Response – an acronym that also remembers Amber Hagerman, who was kidnapped at 9 years old while riding her bicycle in Arlington, Texas, and then murdered.

Are people in Henderson, Texas, sleeping any better after finding out that the Chucky and Glen Amber Alerts were a mistake? Probably not. Will this result in yet another Chucky sequel? As long as there are people enamored with possessed puppets, fearful of ventriloquist dolls or stuck at home during a pandemic with nothing more to stream – probably. Chucky promised it.

The Fantastic Story of Jim the Wonder Dog