Astrophysicist Claims Living Above Ceres Would Be Better Than on Mars

When we think of humans colonizing another planet, we automatically think of Mars, but a new paper has suggested a completely different idea. Astrophysicist Pekka Janhunen from the Finnish Meteorological Institute in Helsinki has proposed that humans move to a gigantic floating habit that would hover above the dwarf planet Ceres.

In his paper, Janhunen described the settlement as being a “megasatellite” with thousands of cylindrical spacecrafts that would all be inside of a huge disk-shaped frame. Each of the cylindrical spacecrafts would hold as many as 57,000 people who would be able to survive because of an artificial atmosphere and Earth-like gravity caused by its rotation’s centrifugal force. The cylindrical habitats, which would measure approximately 6.2 miles in length with a 0.6 mile radius, would complete a full rotation every 66 seconds in order to maintain the Earth-like gravity.

Additionally, the colonies would have two large glass mirrors that would be angled at 45 degrees so that natural sunlight could enter and artificial light would create Earth-like days and nights. A portion of each cylindrical spacecraft would be used for trees and crops to grow from 5-foot-thick soil that would be made from materials from Ceres. 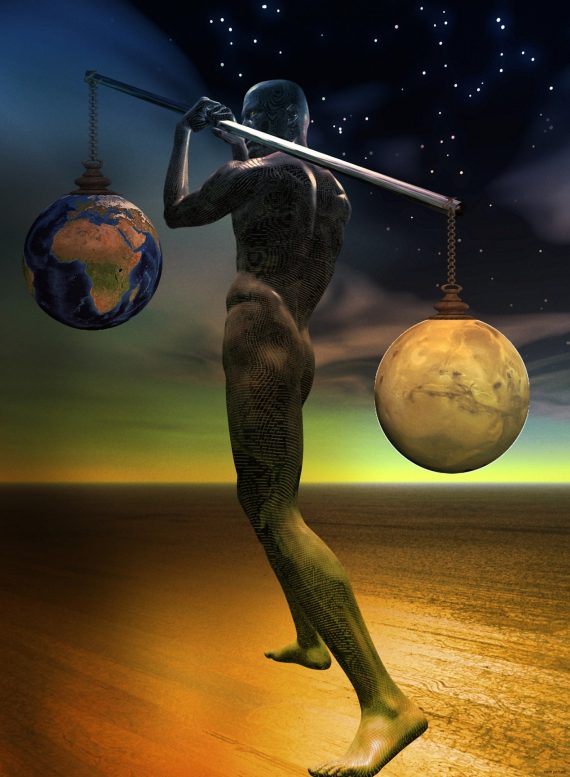 This “megasatellite” would stay in Ceres’ orbit on a continuous basis. This idea was actually first proposed back in the 1970s by Princeton physicist Gerard K. O’Neill and was named the “O’Neill Cylinder”. (Several illustrations of what the habitat would look like can be seen here.)

As for why Janhunen chose Ceres instead of Mars or any other planet, he stated that it contains a lot of nitrogen which would be very important in the development of the settlement’s atmosphere. For comparison, Earth’s atmosphere is about 78% nitrogen, but Mars’ atmosphere only has about 2.7% nitrogen. Janhunen even suggested building space elevators to bring materials from the dwarf planet back up to the settlement.

In an email to Live Science, he explained the health benefits of living above Ceres instead of on Mars, “My concern is that children on a Mars settlement would not develop to healthy adults (in terms of muscles and bones) due to the too-low Martian gravity.” “Therefore, I searched for [an] alternative that would provide [Earth-like] gravity but also an interconnected world.”

While this seems quite far-fetched, Janhunen claimed that humans may be able to begin their travels to Ceres within the next 15 years, although not everyone is convinced. Manasvi Lingam, who is an assistant professor of astrobiology at the Florida Institute of Technology and who studies planet habitability, stated that while the idea of humans moving to a gigantic floating habit above Ceres is a “plausible alternative”, there are still a few important factors that haven’t been addressed. 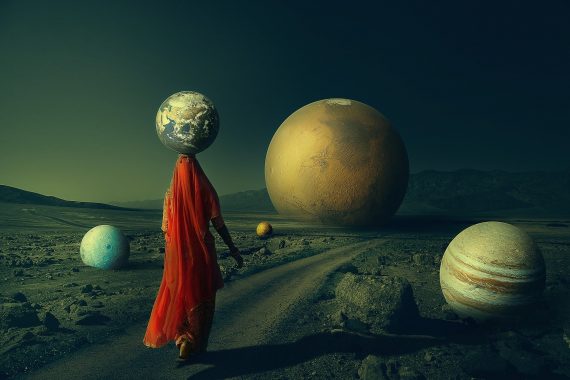 He told Live Science, “I would say there are three main caveats.” “The first is a question of other essential elements, other than nitrogen.” He stated that phosphorus isn’t mentioned in Janhunen’s paper and that is very important as the human body needs it to create DNA, RNA and ATP. Furthermore, all Earthly organisms, including the plants that the colonists would be growing in outer space, need phosphorus.

Secondly, in order to get raw materials from the planet (such as nitrogen), the colonists would need technology such as mining vehicles and satellites. Thirdly, Janhunen claimed that once the mining starts on Ceres, the first cluster of orbiting habitats could be completed in 22 years but Lingam stated that the “timescale of 22 years might be the lower bound under optimal conditions, but I'd argue that the real timescale could be a lot longer.”

I guess we’ll have to wait and see. Janhunen’s paper can be read in full here.

Dinosaurs on the Moon? Asteroid Impact May Have Thrown Dinosaur Bones Onto the Lunar Surface