Clandestine History and Rituals of Hamatsa: A Secret History

The Canadian Encyclopedia provides us the following words: "The Kwakwaka’wakw peoples are traditional inhabitants of the coastal areas of northeastern Vancouver Island and mainland British Columbia. Originally made up of about 28 communities speaking dialects of Kwak’wala, some groups died out or joined others, cutting the number of communities approximately in half. After sustained contact beginning in the late 18th century, Europeans applied the name of one band, the Kwakiutl, to the whole group, a tradition that persists. The name Kwakwaka’wakw means those who speak Kwak’wala, which itself includes five dialects."  Within the Kwakwaka’wakw people there exists a secret society known as Hamatsa. It’s a very controversial society too. And there’s a very good reason for that: Hamatsa is tied to the world of cannibalism. Indeed, to insiders its most important aspect is known as the "Cannibal Ritual." As controversial as it may very well sound, even those who have carefully and deeply studied the world of Hamatsa are unsure if the cannibalistic aspects of the group’s rites are symbolic in nature. Or, in a worst-case scenario, if terrible, literal cannibalism really is part and parcel of their activities – such is the expansive blanket of secrecy that surrounds Hamatsa. 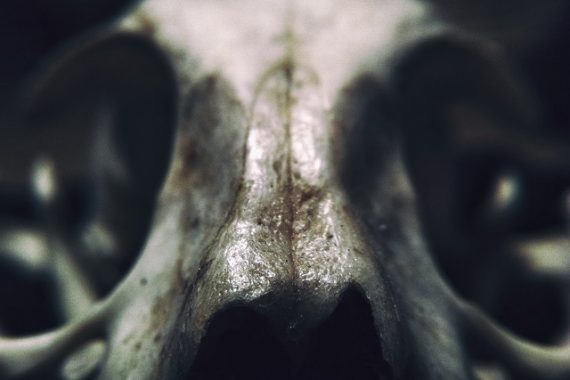 The Denver Art Museum explain more of the world of the Hamasta: "Masks are an important part of ritual dances and aid in telling the stories of the tribe. They often depict important animals and ancestral spirits. Masks like this one are worn during the dances of the Hamat’sa society, the highest ranking Kwakwaka’wakw dancing society. This mask represents the Crooked Beak of Heaven, or the Cannibal Spirit, who is an integral character in the Hamat’sa winter dances. The wide, flat mouth and curved beak distinguish this kind of mask. It is worn by members who appear during the society’s initiation ceremony. The dance revolves around a young initiate to the society who is kidnapped and taken into the woods by the Cannibal Spirit. The boy, on the verge of manhood, becomes wild and needs a series of songs and dances to tame him. The entire dance tells the story of his capture and return to the human world."

This particularly mysterious society brings new members – males only - into the fold when they reach the age of twenty-five. They are then taken to a secret, remote area of forestland. It is here that they are then  exposed to the clandestine history and rituals of Hamatsa. The life-force of a huge, Goliath-like giant – one that plays a large role in Kwakwaka’wakw legend, lore, and history – is then conjured up. On top of all that, the new member of the group is then expected to display animalistic tendencies, even to the point that growling, snarling and even the biting of other Kwakwaka’wakw people in attendance are seen as being but normal routine – and hence the cannibalism rumors. Wild and frantic dancing then follow in the wake of everything else. 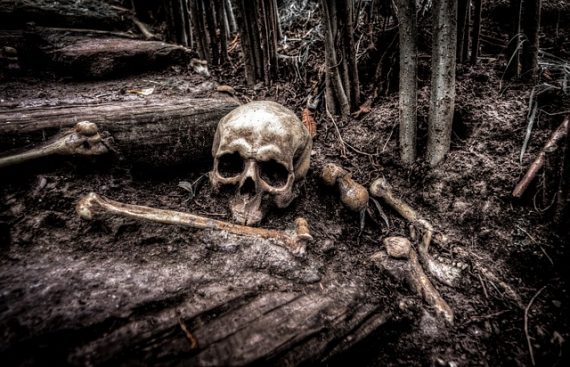 The Hamatsa ritual comes to an end with the ceasing of the dancing and the return of the beast-like initiate to a normal state of mind. Things aren’t quite over, however: the new member of the secret society is ordered to dine on human flesh. Franz Uri Boas, a German-American anthropologist – and the author of an 1897 book, The Social Organization and the Secret Societies of the Kwakiutl Indians - claimed to have witnessed such flesh-feasting in the late 19th century. When the flesh has been devoured, the person is then required to swallow significant amounts of sea-water – something intended to promote vomiting and ensuring a "cleansing" of mind and body. As for those "lucky" enough to have been bitten, they have numerous gifts bestowed on them.