According to research conducted by the University of Edinburgh on the first ever fossils from a tyrannosaur embryo, the babies were about three feet long (or about the same size as a medium-sized dog) when they hatched from eggs approximately 17 inches long.

Paleontologists conducted extensive studies such as 3D scans on a jaw bone and a claw that were discovered in the United States and Canada. The small lower jaw bone, which was a little over an inch in length and had a pronounced chin, was discovered in Montana and dates back about 75 million years. There were several triangular teeth with shallow roots meaning that they were the dinosaur’s first set of teeth. The small toe claw (about 71.5 million years old) was unearthed in Morrin, Alberta and had a “cartilage cone” located on the back portion of the claw meaning that it had not completely developed yet as it hadn’t turned into bone.

In an interview with CNN, Greg Funston, who is a paleontologist at the University of Edinburgh and the lead author of the study, explained how significant the discovery was, “Dinosaur babies are very rare” because the larger bones from adult dinosaurs were much more durable. He went on to say, “Most dinosaurs didn't nest in an area where their eggs could be easily buried” which made the preservation so rare.

Mark Powers, who is a University of Alberta PhD student and another author of the study, weighed in by stating, “What this does is give us a starting point that we didn't have,” adding, “We had partway of their growth spurt and we didn't really have where they originated. To find specimens like this, which is definitively a tyrannosaur in the shell or before it hatched, it says something about that development.”

Very little information was known about the early development of tyrannosaurs prior to them hatching, but this new discovery has shed a bit more light on this mystery. It has now been confirmed that they had a full set of teeth when they were born and they could even hunt small prey. “These were animals that were hatching and were probably fairly active relatively soon after they hatched,” Funston noted. 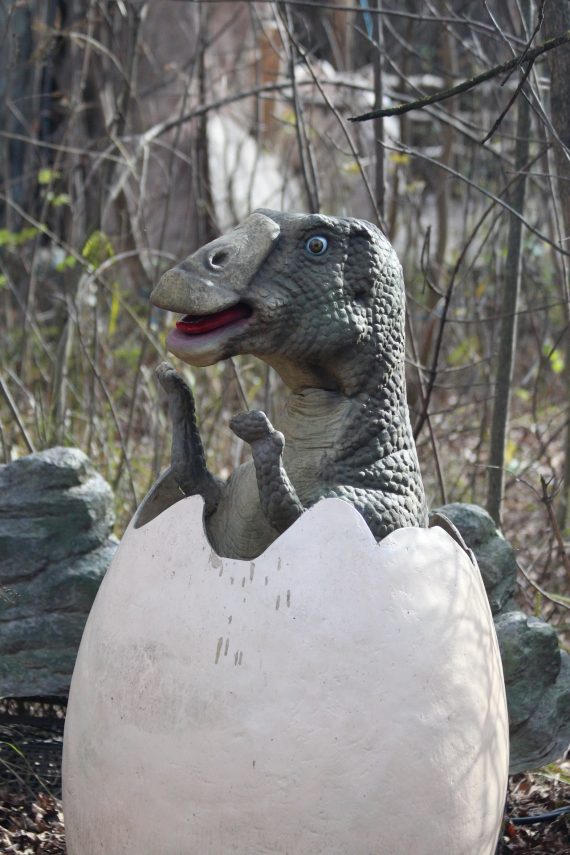 But more work needs to be done as Funston stated that he wants to attempt to create scans at a much higher resolution in order to better study the tooth development in addition to calculating how long tyrannosaurs remained in the eggs before they hatched.

The research was published in the Canadian Journal of Earth Sciences where it can be read in full.

Amber Alerts Issued for ‘Chucky’ and ‘Son of Chucky’ in Texas