From Terror in the Fields to Danger in the Food

In the mid-1980s, the first signs of a terrifying condition began to surface in the heart of the British countryside. It was a condition that targeted cattle and made them behave in a very disturbing fashion, before finally being killed. Its official name is Bovine Spongiform Encephalopathy. Unofficially, but far more infamously, it is known as Mad Cow Disease. BSE is caused by a prion – a protein-based agent that attacks and affects the normal function of cells. By 1987, the British Government recognized that it had not just a problem on its hands, but a major problem, too. Not only that: the government acted in wholly unforgivable fashion by secretly putting the beef industry, the economy, and profits way ahead of public safety. In the same way that - in a typical, fictional zombie-style format - infected people feed upon the uninfected survivors of the zombie apocalypse, very much the same can be said about the origins of BSE: it was spread by cows eating cows. To the horror of the British public – who had previously, and utterly outrageously, been kept in the dark  – it was finally revealed by the government that, for years, the discarded remains of millions of cattle that had been put to death in British slaughterhouses had been ground to a pulp and used to create cattle-feed. It was, for the animal kingdom at least, Soylent Green come to hideous reality. And that’s when the problems started.

It quickly became very easy to spot an infected cow: they shuffled rather than walked; their personalities began to change; and they exhibited behavior that was nothing less than full-blown confusion. They quickly became unmanageable. As the crisis grew, an even more terrifying development surfaced: the infection jumped to the human population, in the form of what is termed Creutzfeldt-Jacob Disease, or CJD. The utterly panicked British government took the only option it felt was available. With close to an estimated 200,000 cattle infected, officialdom decided to play things safe by systematically wiping out no less than 4.4 million cows, all across the nation. While such actions were seen as horrific, they were also perceived as necessary to ensure that chaos and death did not spread even further. For some, however, it was all too little and too late. 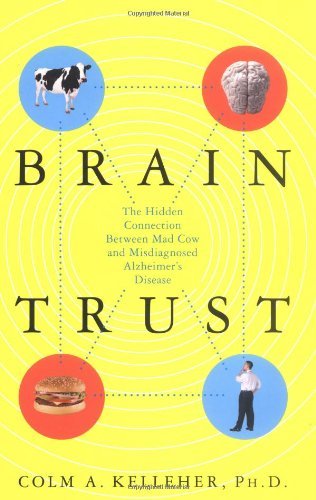 Although the cannibalizing process was brought to a halt by the government in the late-1980s, close to 200 British people have since died from what is termed variant CJD (or vCJD), the result of eating BSE-contaminated meat. Those are of the numbers we know of. On top of that, the significant increase in Alzheimer’s disease in the UK in recent years has given rise to the highly disturbing theory that some of those presumed to have Alzheimer’s have been misdiagnosed. They may be suffering from vCJD. Well, wouldn’t an autopsy show evidence of vCJD? Yes, it would, if the brain of the deceased individual was examined carefully. Indeed, studying the brains of the dead, or testing the blood, are the only sure ways to fully confirm vCJD. But here’s the thing: most people suspected of having Alzheimer’s are not always tested for vCJD. If a person has been diagnosed with Alzheimer’s, then their death is usually attributed to complications arising from the disease, rather than anything stranger or suspicious. 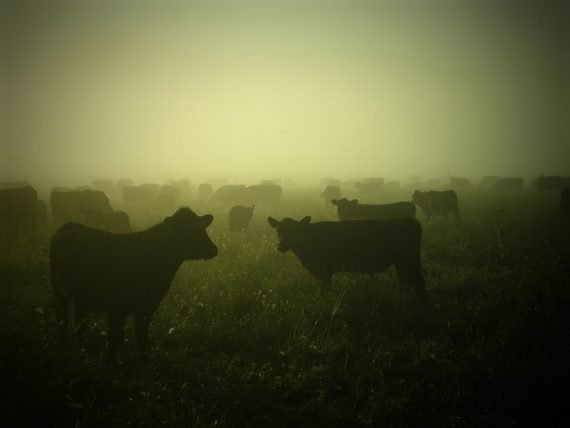 In other words, in most patients where an Alzheimer’s diagnosis has already been put forward, there isn't always an autopsy. I know this, as my own mom died of Alzheimer’s. Since she had been diagnosed with the disease (by studying her memory and actions), an autopsy was not perceived as being necessary after her death to check for something else that might have led to similar symptoms. Thus, with a lack of large-scale autopsying of presumed Alzheimer’s victims, we have no real way of knowing, exactly, how many may have been misdiagnosed. One only has to take a look at statistics in the United States to see that something strange is afoot. Colm Kelleher, an investigative writer who has pursued this issue carefully, believes that the massive increase in Alzeheimer’s is sinister in the extreme and he notes the huge rise in cases of Alzheimer's. If, that's what it is. Indeed, his book Brain Trust has the subtitle of "The Hidden Connection Between Mad Cow and Misdiagnosed Alzheimer's Disease."