The town of Nichols, New York, has an inn that is rumored to be quite haunted. The Fainting Goat Island Inn was originally built in the 1850s as a railroad hotel where people stayed while traveling the Erie/Lackawanna Railroads.

There are apparently some real fainting goats who reside on the property. Perhaps they’re fainting at the sight of ghosts as the inn is so paranormally active that it was voted the 2nd best haunted hotel by the readers of USA Today back in 2019.

As for the unexplained activity, the owner of the inn for the last 13 years, Marnie Streit, stated in a 2019 interview that she didn’t know the inn was haunted when she bought it, and that she began to experience strange things that she couldn’t explain. “You could hear footsteps above us when no one was here yet. We were getting ready to open, but it wasn’t open, and doors closing and things like that. And I am very skeptical so I would blame it on this, that and whatever. It's an old house, they have noises right?”

But as time went on, her experiences got more frightening as she said that one night something invisible was pushing her out of her bed and that she heard the sound of a chain dragging on the floor along with a voice telling her to get out. She went on to say that a chair moved on its own, and that a knife fell from the ceiling of the room she was renovating. She also found old clothing (with possible blood stains) under the floors of the room that was being renovated.

And guests who have stayed at the inn have reported that their doors had opened on their own as well as old phonographs turning on without any explanation. Some have even heard the laughter of a little boy. According to some other accounts in their guestbook, guests have been woken up in the middle of the night by the sound of voices and seeing two women drinking tea in the Fainting Room. 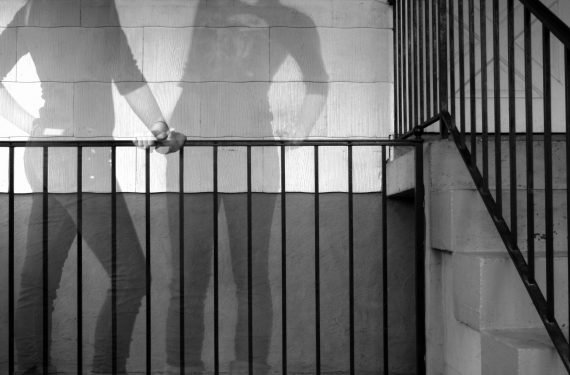 In the Nubian Room, guests have claimed that a child-sized chair had moved on its own in addition to gumballs spilling onto the floor of the hallway which was completely empty. There was once a staircase that is no longer in the inn but people can still hear the sounds of footsteps on them. Probably the most frightening report was that someone else’s eyes were peering back at a person who was looking into a mirror.

The owners of the inn opened a new room in the summer of 2019 called the Angora Room where several guests have had physical experiences with the paranormal such as their sheets being pulled off the bed in the middle of the night, and feeling as if someone was sitting on the bed beside them. One creepy story was that a man felt as if someone was holding him down in the bed so that he couldn’t get up.

That is definitely one creepy inn.