Jack the Ripper: A Little-Known Suspect

It was during the latter part of 1888 when a dangerous and deadly figure roamed around the shadowy and foggy back-streets of Whitechapel, London, England by night. Never by day. And often when the city was shrouded by a dense fog. The deranged man violently slaughtered prostitutes, and provoked absolute terror throughout the entire capital. He quickly became – and still remains to this very day - the world’s most notorious serial-killer. He was, in case you haven’t by now guessed, Jack the Ripper. He quickly became the talk of not just London, but all of the U.K. There is no doubt that his "name" has all but ensured that his terrible attacks are still spoken of today. Hence the reason why I'm writing about Jack the Ripper right now. But, what makes the Ripper so infamous - way more than a century after his terrible crimes were committed - is the fact that his identity still remains a mystery. And, admittedly, just about everyone loves a mystery; even if it's a grisly one. So, who might Jack really have been? The theories are almost endless.

Indeed, I do not exaggerate when I reveal that, over the decades, no less than thirty potential suspects have been identified. Or, rather, have been suggested or suspected as being the crazed killer. They include a powerful Freemason, a surgeon, a doctor, and even a member of the British Royal Family. And, it's important to note that one of the key reasons why the tales of the Ripper continue to circulate is because they are filled with controversy, with cover-ups, with conspiracies, and with secrets. In other words, they are perceived as something far more than just murder. The fact is, though, that some of the lesser-known, infamous theories for who Jack the Ripper might have been are more intriguing than those portrayed in big-bucks-based movies, such as 2001's From Hell, starring Johnny Depp.

With that said, I will now share with you one of those lesser-known, but eye-opening, theories. In 1889, which was just one year after Jack the Ripper brought overwhelming fear to Whitechapel, London,  a man named Francis Thompson penned a short story. It was titled titled The End Crowns the Work. It told the story of a poet who violently sacrificed young women to ancient, supernatural gods, as a means to try and ensure he became successful in his planned career in the field of poetry. Thompson, it's important to note, was a keen poet himself. He was also someone who also spent a certain amount of time living in the very heart of Whitechapel - the specific location where the Ripper went on his mad activities. For a while, he had to resort to sleeping on the streets of the district, when his planned career as a full-time poet spectacularly collapsed around him. In addition, Thompson studied for six years to be a surgeon. It was training that, of course, made Thompson very familiar with both human anatomy and knives. You can easily see where this theory just might have gone. 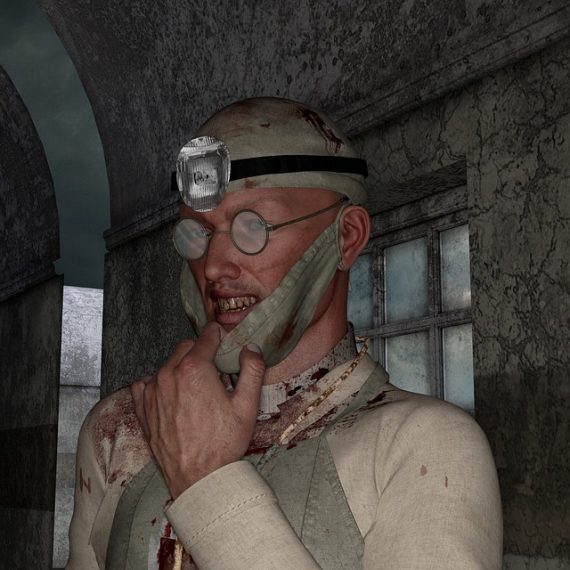 Ripper theorists have suggested that the story of Thompson - of young women, of knives, of a knowledge of anatomy, and of sacrificial rites – might very well have been based upon Thompson’s own, extremely warped and deranged attempts to achieve literary success by killing – and, in his crazed mind, sacrificing – a number of London’s East End prostitutes. While down and destitute in London, Thompson actually lived with a prostitute for a short period. She was a prostitute who, soon thereafter, disappeared. Of course, none of this proves anything for sure. And, it must be stressed, there are convincing cases for other suspects, too. The saga of Francis Thompson, however, is notable not because it's  famous or infamous, but because it's barely known.