It’s time for the latest edition of Celebrities and Their Haunted Houses. This week, we hear about the haunted mansion owned by One Direction member Liam Payne before he sold it for $10 million. Ghosts included? Then we visit actress Cate Blanchett’s haunted estate whose ghosts don’t bother her as much as its bats do. Ghosts over bats? Has Cate gone batty?

“Cheryl wouldn’t stay in the top room, being pregnant with the baby. I’ve seen lights go on and off in the middle of the night and a few little creepy things, like taps turning on and off. If you don’t believe in it, I don’t think it can get to you. But Cheryl was like, ‘I’m not sleeping upstairs.’ So we slept downstairs in the cinema room.” 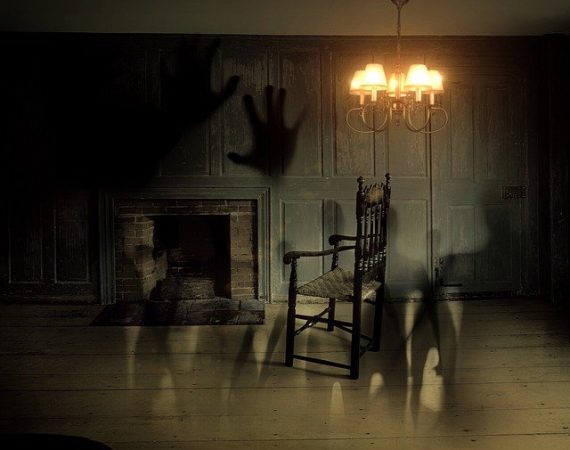 This was not what Liam Payne planned for when he bought a 4.69-acre property in the remote Monte Nido community in the Santa Monica mountains in 2015 for $10 million. Besides the eight-bedroom, five-bath mansion, it has a spa, a vineyard, a guard house, a meditation center … and at least one ghost. (Photos here.) “Cheryl” is Cheryl Cole, the singer and UK version of The X Factor judge who moved in with Payne, got pregnant and had their child in the haunted mansion – although it’s obvious from his comments to Vanity Fair that she didn’t like it. Payne says he’s never seen the ghost but has obviously observed its antics, which were enough to convince him to move out and rent the house for $60,000 a month.

Meanwhile, in 2020 Cate Blanchett (a much bigger star than Liam and Cheryl combined) lives in a $6.7 million haunted manor in Crowborough, East Sussex, that she’s perfectly happy with – ghost (more on that later) and all. The cottage and shed on the grounds are another matter. She filed plans with the local council to demolish them and build a contemporary garden office a studio and meditation room. (What is it about these big stars and meditation rooms? Can’t use one of the closets in the guest bedrooms?) Unfortunately, inspectors found bat droppings that were traced upwards to a colony of common pipistrelle bat roosting in the rafters. These are a protected species, so Blanchett had to agree to wait until they leave, demolish the shed and build the office with bat boxes installed in the garden.

Are the ghosts commiserating with Cate? The main house was originally known as Potters Manor or Steep Park and was named one of the 15 creepiest abandoned places in Britain in 2015. Built in 1890, it was previously occupied by Sir Arthur Conan Doyle and Doctor Who actor Tom Baker. The last owners were an elderly couple who left behind nearly all their belongings after the husband died and the wife abandoned it. After that, it was a den for drug users, a hideout for criminals and a place where strange rituals took place – a pentagram was drawn on the floor. Neighbors swore it was haunted and reported seeing ghosts inside. Of course, that didn’t stop developers smelling celebrity money – the house was fully renovated by 2015 and Blanchett bought it in 2016. (Before and after photos here.)

Celebrity whining and attention-getting tales or real ghost stories? Only the houses know for sure.

The Great Pythagoras and his Mystical Cult