Maine Has More Ghost Sightings Per Capita Than Any Other State

Quite a few locations around Maine are rumored to be haunted, so let’s take a look at some of them. 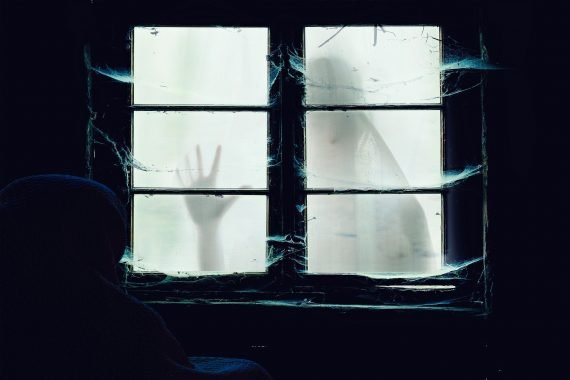 Mount Hope Cemetery in Bangor was made famous when it appeared in the movie “Pet Sematary” based on Stephen King’s novel and it is also said to be quite haunted. There are thousands of graves situated there so it’s not surprising that numerous people have encountered shadow figures walking between the gravestones. Even a gangster is said to haunt the cemetery as Al Brady’s spirit has been seen several times.

The Strand Theater in Skowhegan is rumored to have ghosts and perhaps even a poltergeist. Employees have heard unexplained sounds coming from the basement and one female worker was allegedly possessed. Some have seen an apparition on the movie screen while others have experienced their electronics suddenly malfunction and papers have been blown around the room when there wasn’t any wind.

Brownville Road in Millinocket is said to have a “ghost bride” – also known as the “White Lady”. One night, a newlywed couple were driving down the road when they got into an accident and the husband immediately died. While the wife survived the accident, she died in the freezing cold temperatures while waiting for someone to drive by and help her. Drivers have reported seeing the ghost of a woman wearing a white wedding dress, still patiently waiting for someone to stop and help her.

Old York has a reputation for being quite haunted. The old houses and taverns from the 17th century settlement are called Museums of Old York where a female apparition known as the “White Witch” has been seen several times in the area walking down the street and occasionally even visits children at the local preschool who described her as being friendly. She was allegedly executed for conducting witchcraft practices in old times. Other paranormal activity in the buildings include doors opening on their own and sudden cold spots.

These are just four of the many haunted locations around Maine so it’s not surprising that it has the most ghost sightings per capita than any other state.