Move Over, Ayahuasca — Amazonian Frog Poison is the Next New Age Treatment

UFOs became legit with the general public when The New York Times decided they were part of “All the news that’s fit to print.” Can the publication do the same for a New Age purge that is based on ingesting extract from a poisonous Amazonian frog? That’s the hope of practitioners of ‘kambo cleansing’ – which has far worse side effects that ayahuasca, far less psychedelic experiences than imbibing on the venom of the Sonoran Desert toad, and is best know for giving users a temporary bloated “frog face.” Then why do it?

“It was the worst experience of my life. And I can’t wait to do it again.”

Before we go any further, this writer is not promoting recreational or non-traditional drug usage of any kind – this information is provided because it’s interesting news in an area that needs more scientific research in order to support or disprove its alleged psychological and medical benefits. In other words, kids of all ages – don’t try this at home.

The New York Times interviewed Julia Allison, a media strategist for tech companies in San Francisco, about her experience taking kambo, a poisonous substance from the kambô (Phyllomedusa bicolor), a colorful tree frog whose skin secretions are used by indigenous people for poison darts and by native doctors as “vacina do sapo” (frog vaccine) because it contains various opioid peptides. While there is no scientific evidence to support it, kambo is sold in urban areas of Brazil and other South American countries as a universal vaccine and a "detox" treatment – primarily because it causes violent nausea, vomiting and diarrhea … all experienced by Julia Allison, who says she’s ready for more of that, plus … 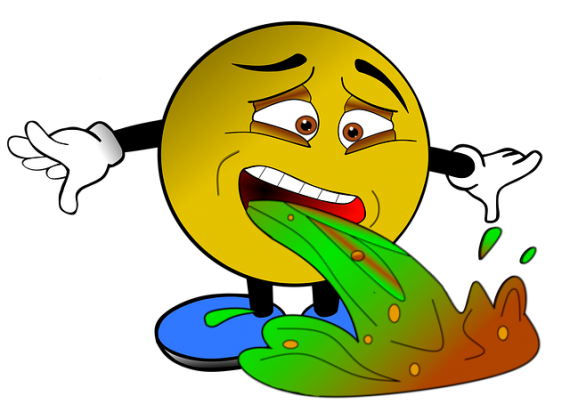 “Then your face starts to blow up. They call it ‘frog face. It kind of looks like a celebrity plastic surgeon went to town on your face, like Kim Kardashian in a fun-house mirror. And then, suddenly, you are unbelievably nauseous. You’re basically going from zero to the worst flu of your life within 60 seconds.”

At this point during the purge process in South America, the practitioner is urged to shout “Viva” – apparently between vomits. If the side effects sound bad, the preparation isn’t much better. After paying a fee to a shaman/facilitator (Allison paid $150), you must follow a strict three-day cleanse of sugar, alcohol, pharmaceuticals, meat, gluten and dairy. A powered tobacco snuff from the Amazon known as rapé is then blown up the nose – which Allison described as feeling “pleasantly electrocuted.” Perhaps that would have been a good place to stop, but the shaman then drops sananga, an Amazon plant extract, into the eyes, which Allison likened to burning your cornea. Is this why it’s popular at Burning Man? Finally, a glowing ember is used to create tiny burns on the body, which are then rubbed by a stick coated with kambo.

All together now … OUCH!

And then, believe it or not, it gets worse. The projectile vomiting and diarrhea begin almost immediately and last 15 to 40 minutes that practitioners/victims say feels like four hours. Eventually, the effects subside and then, according to Jena la Flamme who has used kambo numerous times, the benefits occur.

“I feel like it’s a warrior medicine. I feel like kambo is one of those things that give you superpower immunity. You kind of feel invincible from it.”

La Flamme claims the experience helped her get over a divorce. Emily Collins said it reduced the frequency of her migraines. Another user said it removed guilt from a traumatic experience. Dr. David Rabin, a psychiatrist and neuroscientist in Monterey, California, supports psychedelic therapies including MDMA and ketamine, but is hesitant to endorse kambo.

“I’ve heard very positive experiences, but these are all anecdotal. I think that there are enough hints out there that people could get significant benefits from this, which certainly makes it interesting, but it would never be something that I’d recommend as a first-line treatment, mostly because we don’t know enough about it yet, and it’s hard to find reliable providers who are trained to use kambo.”

Most doctors agree, but that hasn’t stopped ayahuasca retreats in Costa Rica and Mexico from offering kambo treatments, and the International Association of Kambo Practitioners in the Netherlands has more than 400 certified practitioners.

If you want to do something for four hours that makes your body feel terrible, is a relief when its finally over, but actually has proven benefits, try running a marathon. In the meantime, keep your eye on kambo … but keep your tongue and any other body parts off the frog.