Insidious cults have long held a certain fascination for us. They represent mysterious, shadowy sects of people who live outside of the world we really know, up to their own devices past the veil of what we understand. While most cults seem to exist out on the fringe and away from prying eyes, on other occasions they make themselves very known, presenting a façade to the public underneath which often thrums a pulse of malevolence. In the U.S. state of Iowa there is one place where such an organization is said to exist, a whole town, in fact, and orbiting them are strange tales of strange practices, unexplained suicides, and mysterious disappearances.

Located in Jefferson County, in the U.S. state of Iowa, is a place called Maharishi Vedic City, incorporated in 2001 as what was envisioned as a model of city life. The name “Vedic” comes from the Sanskrit word “Veda,” which means “knowledge,” and Maharishi is a name in honor of Maharishi Mahesh Yogi, described as being a pioneer of the movement of the “Vedic science of consciousness.” The city itself is rather unique in that its design is based on an ancient system of architecture called “Maharishi Sthapatya Veda,” which has the stated goal to “protect, nourish, and satisfy everyone, upholding the different social, cultural, and religious traditions while maintaining the integrity and progress of the city as a whole.” To this end all buildings are all built to maximize peace, harmony, and prosperity through certain unique design choices, such as ensuring that they are located according to the movement of the sun and entrances that face due east, and that they each feature a silent core called a brahmasthan, a perimeter boundary called a "vastu fence" and a gold-colored roof fixture called a kalash. The town has its very own outdoor observatory, The expansive Raj Ayurvedic Health Center, a 160-acre organic farm, wind turbines, two mystic domes in the center of the city to serve as a venue for group practice of the Transcendental Meditation, and it has all been deemed to be America's weirdest most Unusual Town. It also has its share of dark and mysterious secrets.

The whole thing is the brainchild of the Maharishi Transcendental Meditation Movement, started by Maharishi Mahesh Yogi, which espouses a humble life devoted to intense meditation and reflection. It is a fairly major movement, with 15,000 certified teachers and 200 TM centers in the U.S. alone, embraced by numerous celebrities past and present, including The Beatles, John Lennon, Jim Carrey, and others, owning vast amounts of real estate and possessing branches and schools all over the world, with one of these located right next to Maharishi Vedic City. The Maharishi University of Management sprawls out over 270 acres, and consists of over 160 buildings, including the Maharishi School of The Age of Enlightenment, the Maharishi Peace Palace, a huge recreation center, and numerous barracks and meditation facilities, all built to the stringent design specifications of their movement.

The facility hosts thousands of students who begin their training in India and then make their way to Iowa to complete a grueling 3-year course in which they study and spend 8 hours a day in transcendental meditation. It is a decidedly spartan existence, with the students stuffed into barracks-style housing and fenced in and not allowed to leave without permission, allowed no access to the internet or cellphones, and their movements strictly monitored and regulated at all times. Some of the teachings and pursuits at the campus are decidedly odd. One of these is what is referred to as “Yogic flying,” in which the ultimate goal is to achieve levitation and flight through the power of will and meditation alone. It all seems pretty wild, and if you are thinking about now that this sounds like the front for a sinister cult, you might not be wrong.

Over the years, a good amount of rather ominous stories and rumors have sprung up around Maharishi Vedic City and its campus, and there has been much talk that the Maharishi Transcendental Meditation Movement is a brainwashing, insidious cult. This has its seeds back in the 1970s, when in 1979, Maharishi Yogi gave a rambling, apocalyptic rant at in Amherst Massachusetts as part of what was ostensibly a World Peace Assembly. Maharishi claimed that the Goddess “Mother Divine” had deemed the earth to be doomed by crime, war, and environmental pollution, and that she was planning to exterminate all human life in an orgy of doomsday annihilation. Maharishi then claimed that he had bargained with the angry goddess, and her conditions for sparing the entire world population was that they all move to Fairfield, Iowa, and meditate together to stave off the apocalypse. He didn’t get everyone in the world, but 1,000 people heard the message, packed their bags, and moved to Iowa, where they were indoctrinated to think that if they did not follow rules, spend most of their waking lives meditating, and carry out their mission, then the end of the world would be on their shoulders. This was the kernel upon which Maharishi Vedic City would form. One ex-member and author Susan Shumsky would say of all of this:

The cult gradually took over our lives, as we squandered our fortunes on various increasingly expensive TM courses and products. Two gigantic geodesic domes slathered in gold paint were built on the MIU campus—one for men and another for women, where we practiced group meditation twice daily. Every telephone-broadcast from Maharishi terrorized us into believing that if we didn’t adhere to this program, we would be responsible for nuclear holocaust or the end of the world. His manipulative fear-and-intimidation tactics proved extremely effective motivators.

There were numerous other stories like this that began to surface, and it only gets grimmer from there. Although the connection isn’t certain, the number of suicides in Fairfield began to spike considerably in the years after the presence of the Maharishi, far surpassing the national average. Between 2008-2014 there were 20 suicides in the small town of only around 10,000, an there were murmurs that this had its roots in the Maharishi culture of shame, which strongly discouraged those with mental issues from seeking out the help they needed. Writer Donna Schill Cleveland would say of this disturbing trend:

Many people in pursuit of Maharishi’s vision of peace, bliss and enlightenment have felt shame when dealing with mental and physical problems. In a tight-knit community that offers a sense of purpose and belonging, those with experiences outside of that picture ultimately face a fear of being cast out. I’ve heard people make offhand comments, such as “You only get cancer if you want cancer,” or “modern medicine is poison,” with little notion of how harmful and personally offensive I, and likely others, find them to be. In my experience, people who come to Fairfield to learn to meditate are often looking for answers in life. Here, they find a comforting vision of what a perfect world could look like where these difficult feelings don’t exist. However, this belief can backfire. 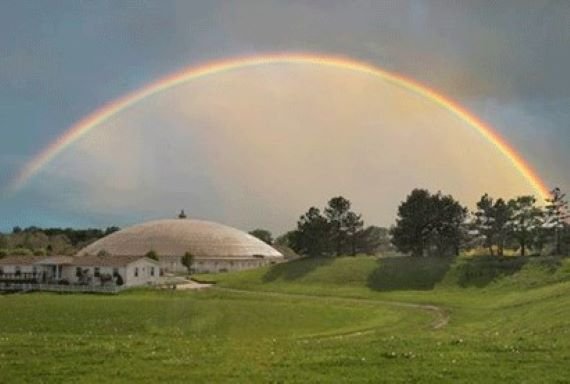 Besides the suicides, there were also inexplicable murders. In 2004, a student at the Maharishi University named Shuvender Sem suddenly stood up from his lunch in the cafeteria and fatally stabbed fellow student Levi Butler for seemingly no reason whatsoever. Sem was described as being incredibly calm during the whole thing, and the knife was found to have belonged to the dean of the school, Joel Wysong. Apparently Sem had stolen the knife after being brought to the dean for discipline over a similar incident in which he had earlier stabbed another student with a penknife, causing grievous injury. Interestingly, that earlier incident had not been reported at all, sparking rumors of a cover-up, and it was speculated that the stringent life of meditation had exacerbated preexisting mental problems in the young man, pushing him to the edge of madness. Further stoking rumors of a cover-up was a sinister statement made by a professor there, a Dr. Kari Druhl, who said:

There were certainly initial benefits for some of the students but the promise of complete enlightenment is just not true. It just doesn’t happen and I saw how this intense meditation can damage some students, particularly if they have mental problems. There was a definite understanding between staff members that you must not allow any bad news to leak out. You were required to keep up this image of a perfect campus at all costs.

In addition to this, there were various cases of people going mysteriously missing in the city, with 163 followers of the group apparently vanishing without a trace in January of 2014 alone. It is unclear what happened to them, whether they ran off or what, but one thing that is for sure is that this was highly underreported in the news, and there were accusations that the Maharishi compound was not properly keeping track of who came in. The Maharishi organization claimed that they had simply gone AWOL and gone off to “live the American dream,” but considering that they were in the country on R-1 religious visas and would not be allowed to work or stay in any other capacity this does not seem likely. One news source would clarify this even further, saying:

According to sources in the Indian consulate in Chicago, in a situation where an Indian passport holder is considered or presumed gone missing and his passport is left behind, it has to be returned immediately to the nearest Indian mission which has to also be informed about the circumstances in which the Indian citizen went missing. The Chicago consulate, however, says the GCWP has never returned or deposited any passport and neither has it shared any missing person information. According the sheriff’s department and police department of Fairfield, Iowa, no missing person report has ever been filed by the GCWP.

What is going on here with this place? What happened to these missing people? Were they sold into human trafficking, did they run off, go back to India, what? Why did so many commit suicide? No one really knows, and it has sort of been brushed away and buried. Things got even worse for the organization when, on March 11, 2014, around 80 members of the sect rose up to mob a sheriff’s truck, throwing stones and rioting in what was called “a flash mob.” All eyes were beginning to fall on Maharishi, and in response the group did some rather shady things, such as sending legal notices out to newspapers to cease what they called “defamatory” articles about them. What is going on with this mysterious group, their worldwide empire, and their odd little city? Why all of the shadowy dealings? Why hasn’t there been more investigation into this or further elaboration? Where did all of those missing people go and why is it all so hush-hush? Is this really an organization devoted to world peace, as they claim, or something more nefarious? Officially it all seems to be presented as legit, but in the background it remains debated and unknown.

The Strange and Supernatural Creatures of the United Kingdom