Dire wolves were made famous by Game of Thrones and the Stark family, but the creatures did actually exist and new research has revealed some interesting facts about them. They existed for more than 100,000 years up until about 10,000 years ago when they became extinct.

Researchers from Durham University in the United Kingdom as well as scientists from the University of Oxford, Ludwig Maximilian University in Germany, the University of Adelaide, and UCLA all helped with sequencing DNA that was extracted from the teeth and ear-bones of five fossils belonging to dire wolves that date back more than 50,000 years and that were found in Wyoming, Idaho, Ohio, and Tennessee.

It is believed that dire wolves remained only in North and South America during their existence in warm climates as many remains have been unearthed at several different locations including the La Brea Tar Pits in Los Angeles.

The main reason as to why they’re not still around today is because they couldn’t make baby litters with gray wolves. While gray wolves do interbreed with dogs, coyotes, African wolves, and jackals, they couldn’t mate with dire wolves because they were too genetically different and only a very distant relative of modern wolves. In fact, the last common ancestor of the dire wolf and gray wolf was from approximately 5.7 million years ago.

Angela Perri, who is a zooarchaeologist at Durham University in the United Kingdom and the lead author of the study, said that since they couldn’t interbreed, they wouldn’t have been able to evolve and adapt to survive the fast changing environments caused by the last Ice Age.

Kieren Mitchell from the University of Adelaide in Australia and the co-lead author of the study, explained this further, “Despite anatomical similarities between gray wolves and dire wolves -- suggesting that they could perhaps be related in the same way as modern humans and Neanderthals -- our genetic results show these two species of wolf are much more like distant cousins, like humans and chimpanzees.” “While ancient humans and Neanderthals appear to have interbred, as do modern gray wolves and coyotes, our genetic data provided no evidence that dire wolves interbred with any living canine species.” “All our data point to the dire wolf being the last surviving member of an ancient lineage distinct from all living canines.” 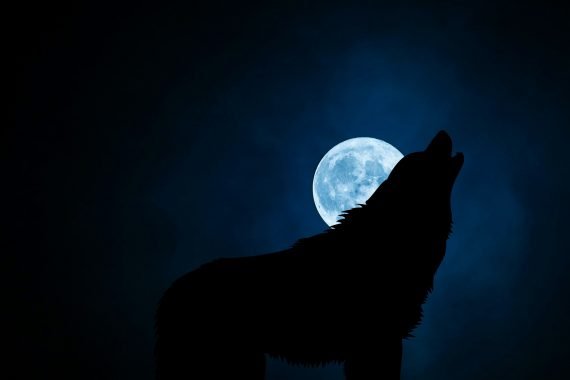 A different reason for their demise may have been because of the decline and/or extinction of other animals in the area that the dire wolves feasted on like camels, horses, and mammoths. Another possibility was that the dire wolves caught diseases brought over from other wolves and coyotes that migrated from Eurasia.